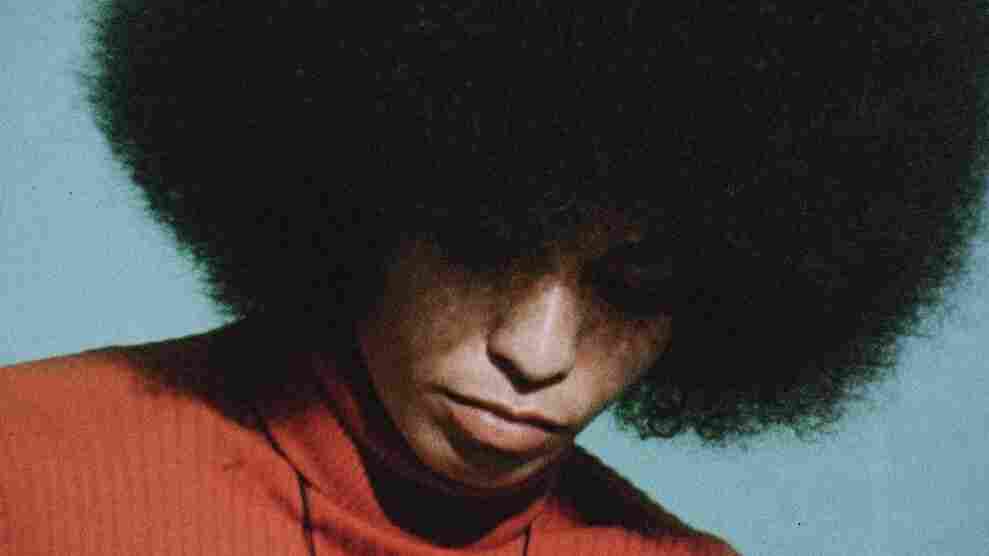 Angela Davis: Swedish TV journalists talked to the Black Panther activist in a 1972 jail interview — she was charged with but not convicted of murder — in footage that's part of The Black Power Mixtape 1967-1975. Tom Goetz/Sundance Selects hide caption

Not rated; rioting, belligerence
In English and Swedish (with English subtitles)

It probably never occurred to most students of the American black power movement that they should know more about the Swedish outlook on Malcolm X, Stokely Carmichael and Angela Davis. But that's what The Black Power Mixtape: 1967-1975 provides — a view from abroad, from a country with a particular enthusiasm for the American dissidents of the day — and it's pretty interesting, if far from definitive.

Assembled from 16mm footage shot for Swedish television, most of it in black and white, the documentary takes a chronological approach to the civil rights movement, the Black Panthers and related phenomena. The years covered seem to coincide with Sweden's period of greatest disgust with the U.S., which is clearly linked to the Vietnam War. (Director Goran Hugo Olsson doesn't have much left to say after Saigon falls.)

In a 1969 clip, a Swedish TV reporter refers earnestly to "the revolution," and another broadcaster's coverage of Angela Davis' murder trial besottedly extols her virtues. In 1971, TV Guide charged that Sweden's TV coverage of the U.S. was the most hostile this side of the Iron Curtain, an accusation Swedish reporters covered but didn't attempt to refute (at least not in the footage included here).

Olsson calls the movie "a mixtape, not a remix." Yet he inserts contemporary reflections in voiceover, using snippets from recent interviews with singer Erykah Badu, rapper Talib Kweli, the Last Poets' Abiodun Oyewole and others. It's a sign of how African-American culture has shifted that most of the present-day commentators are musicians rather than political activists.

The most interesting moments are among the earliest, when the focus is on Stokely Carmichael. Probing and impassioned yet easygoing, he takes the microphone from a Swedish correspondent and interviews his own mother, gradually guiding her to the admission that her family's economic hardships were a result of racism. Later, Carmichael is asked by a French reporter if he's afraid to go to jail. "I was born in jail," he says simply.

Swedish TV apparently didn't get much footage of the riots that followed Martin Luther King Jr.'s assassination, so the 1968 chapter feels thin. But the Swedes were tight with the Panthers and captured some evocative scenes, including one in which youngsters in a Panther classroom sing, "pick up the gun." Intriguingly, there's no hint that Swedish reporters questioned the militant group's macho style, whether in its indoctrination of children or treatment of its female members.

Later episodes include snippets of reports on burgeoning heroin use and wary Swedish tourists, both in Harlem — anecdotal glimpses that are hardly enough to frame and explain the loss of fervor in the black power movement as U.S. troops prepared to leave Vietnam and Richard Nixon struggled to stay in the White House.

On the prowl for American hypocrisy in the late '60s, Swedish reporters got some great stuff. By 1973, they were reduced to doing color stories on a black-nationalist bookstore and a DJ with an anti-drug message. The Black Power Mixtape includes plenty of interest, but it would be stronger if the filmmakers had dug a little deeper into the footage from 1967 to 1972 and skipped the final years altogether.