Accessibility links
Understanding History With 'Guns, Germs, And Steel' Many colleges have adopted a "common reads" program, where freshmen read the same book during the summer and then discuss it when they get to campus. Jared Diamond, author of the popular common read Guns, Germs, and Steel, talks about what his book can offer young readers. 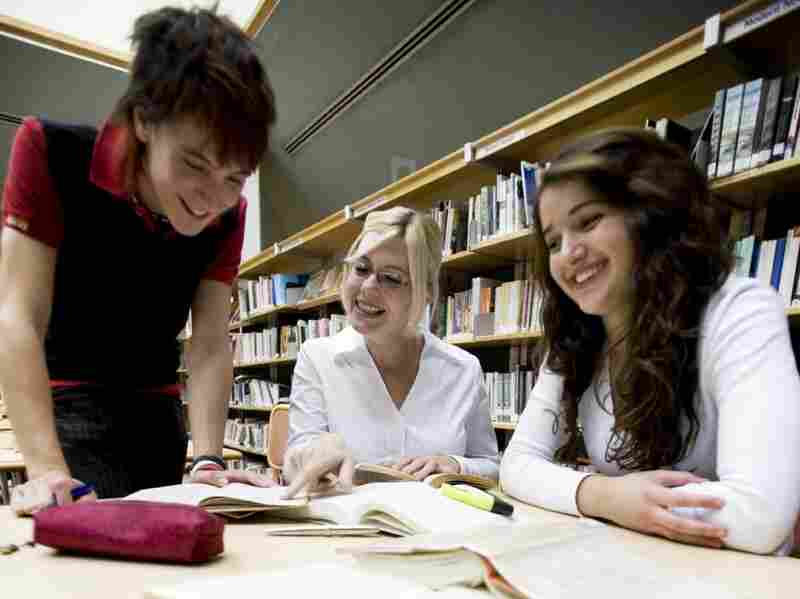 A growing number of colleges are assigning all incoming freshman a common book to read and so they can discuss it when they arrive on campus. iStockphoto.com hide caption 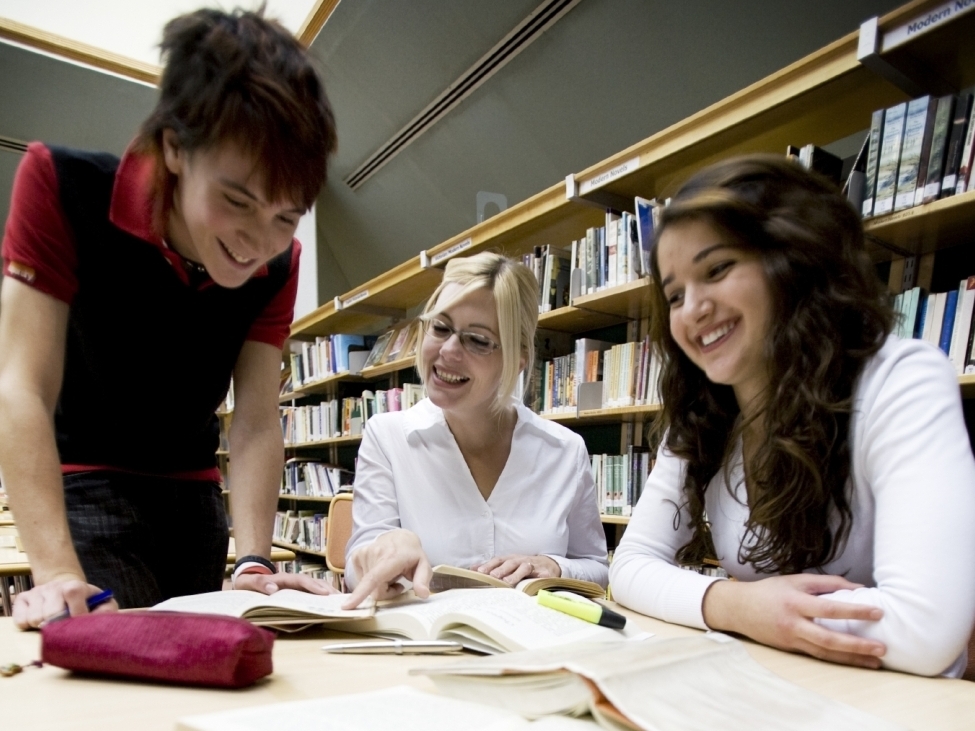 A growing number of colleges are assigning all incoming freshman a common book to read and so they can discuss it when they arrive on campus.

Freshmen "common reads" are becoming increasingly popular at American colleges and universities. Incoming freshmen are assigned the same book over the summer and are asked to come prepared to discuss the book in their first week on campus.

One of the more popular 2011 common read assignments is Jared Diamond's Pulitzer Prize-winning book, Guns, Germs, and Steel: The Fates of Human Society. In it, Diamond explores why some civilizations became more economically and politically dominant than others. He rejects the idea that racial superiority or intellectual ability enabled the West to triumph over other civilizations. Instead, Diamond argues that the hegemony of the West can be attributed to the confluence of certain geographic and environmental factors.

Diamond joins NPR's Neal Conan to discuss what Guns, Germs and Steel can teach young people about the complex web of factors that have shaped human history.

On what college readers can learn from Guns, Germs and Steel

"It has to offer freshmen what it had to offer me when I decided to write the book. It starts out with a familiar observation, mainly that different people have fared very differently in history — some people conquering other people. ... But this biggest fact of history is one that historians don't talk much about, don't offer an answer to, and in fact are rather embarrassed by. ... 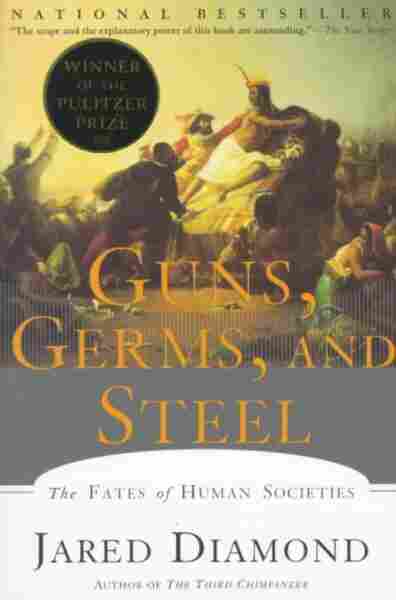 The Fates of Human Societies

On why the book has had such broad appeal

"College faculty like to assign the book to freshmen because it is interdisciplinary. On the one hand, it's about questions of history, drawing upon anthropology and archaeology. And on the other hand, it attempts to answer these questions of history by drawing on linguistics and genetics and animal behavior. So instead of forcing all freshmen to read a book in one field ... it is interdisciplinary — it pools many fields together."

On how students push him to work harder

"My basic living comes from teaching undergrads at the University of California, and they're also the people who ask me questions that show me that I don't really understand something that I'm lecturing to them about. Therefore, I have to go learn more about it, and write books that will then be scrutinized by college students and high school students — and even middle school students."

"To talk about why some societies conquered others, it's not nice. History is full of lots of horrible stuff, and many people — including historians — not surprisingly feel uncomfortable even acknowledging or discussing the subject. But that's a shame. Because if you don't provide what the actual explanation is, people are going to fall back on the transparent racist explanations — mainly, they'll say some people have different colored skin and ... different eyes. We can see that, and therefore it's natural to assume ... even though there's no evidence for it."

Read an excerpt of Guns, Germs, and Steel