Accessibility links
In The Thick Of It: Sept. 11 From The Middle East On Sept. 11, the American diaspora all over the world watched the horrific day unfold. NPR foreign correspondent Michael Sullivan experienced it from a hotel room in Islamabad — a city at the center of a conflict that was both perilously near and achingly far. 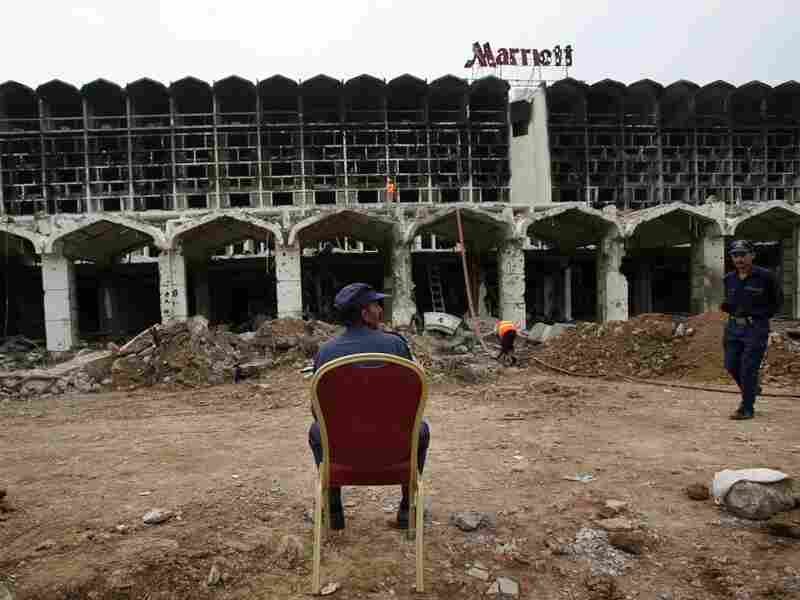 A Pakistani security guard sits on a chair amid the wreckage of the Marriott Hotel in Islamabad on Sept. 22, 2008, two days after a suicide bombing at the hotel. Pedro Ugarte/AFP/Getty Images hide caption 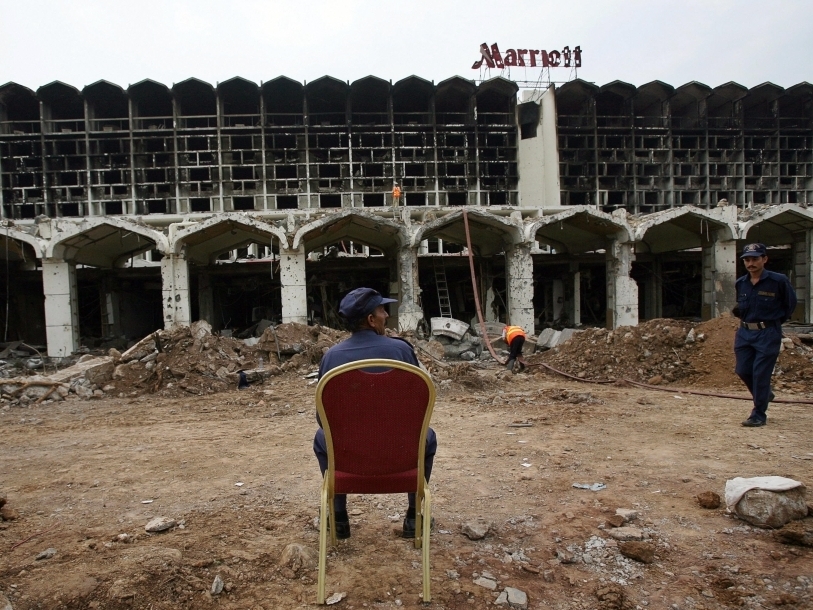 A Pakistani security guard sits on a chair amid the wreckage of the Marriott Hotel in Islamabad on Sept. 22, 2008, two days after a suicide bombing at the hotel.

Michael Sullivan has covered foreign affairs for NPR, including earthquakes in India, Pakistan and Japan and volcanoes in Indonesia, and been kidnapped by Somalis, Afghans, Haitians and the Tajik KGB.

On Sept. 11, I was in Islamabad. At the Marriott. Eating dinner in my hotel room while watching the news on CNN.

I'd just finished filing a piece for Morning Edition on the assassination of Ahmed Shah Massoud, the Northern Alliance Commander — which of course turned out to be no coincidence, as many now believe, just an opening move in Osama bin Laden's Sept. 11 master plan.

I'd come out of Afghanistan two days earlier to have my visa renewed, get more cash, then return to covering the trial of two young American women accused by the Taliban of proselytizing. As I ate, and read, I heard something on the TV about a plane striking the World Trade Center. There was speculation about a pilot error. Soon after, I watched in horror as the second plane barreled in, and my first thought was a purely selfish one: I'm never going home.

I'd been in Afghanistan for over a month already and was eager to see my family. But I knew when that second plane hit that I wouldn't be going home for a long time.

I began fielding calls from my editors.

What I knew and what I could prove, of course, were two different things, but I did know bin Laden was definitely behind it. He and his band of foreign fighters were the worst-kept secret in Afghanistan during the years leading up to Sept. 11. You could drive by his house in Kandahar with no problem. In Kabul, it was common knowledge where the foreign fighters stayed, where they ate, and which hospital their wounded were taken to after their battles with Massoud's Northern Alliance.

The next few years, frankly, went by in a bit of a blur. I didn't see much of my family. I saw way more of Afghanistan and Pakistan than I cared to. I wrote lots of stories about hearts and minds, about joyful young women being able to study again after the Taliban were overthrown and about how change would come.

But I never really believed them. 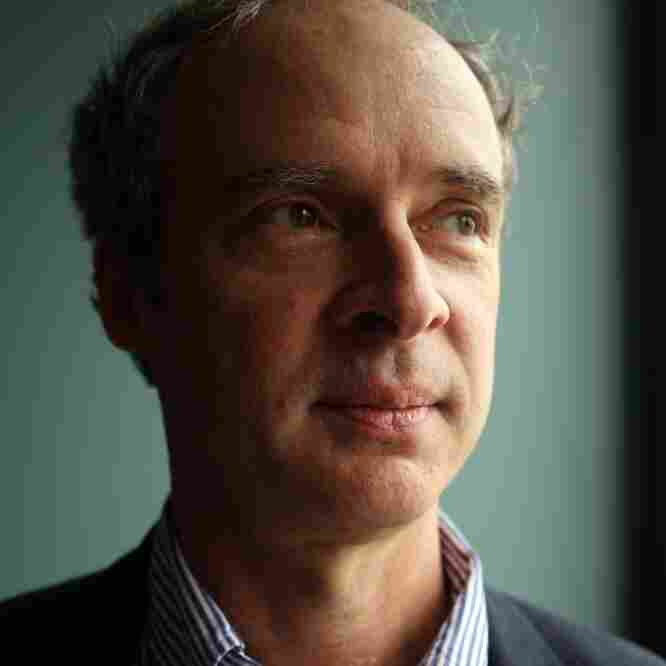 And when the cycle of violence spawned by bin Laden claimed a friend, I wrote his obituary the next morning — though to this day I still can't watch the video of his beheading.

Here's what I think I know 10 years on. Going after Osama bin Laden was the right thing to do. Occupying Afghanistan was not.

Too many lives taken or broken for too little return. I remember early on what people kept telling us reporters and nongovernmental organizations. "Security. We need security."

Yes, the Taliban were onerous. But during their rule, you could drive from Kabul to Kandahar — at night — without fear. The Taliban brought security. And after so many years of civil war and the Soviets before that, the average Afghan accepted this deal with the devil. Where's the security 10 years on?

So for those who seek to control or even influence events in Afghanistan, I can only urge you to follow the lead of the Brits in the 19th century and the Soviets in the 20th. Run away — quickly — before more lives are lost, many innocents among them.

Run away, but don't stay at the Marriott in Islamabad on the way out. The militants have already blown it up once, and failed a few times before that. It's open, but why tempt fate?

And I've got a Taliban visa dated Sept. 11 that I'll sell to the highest bidder. Mint condition, though the passport's a little beat up. All proceeds will go to an appropriate Afghan NGO. They're going to need all the help they can get.