Accessibility links
Movie Review - 'Warrior' and 'Contagion' - Battles For Survival, Small-Scale And Huge Critic Bob Mondello looks at two new films — the domestic drama Warriors, and the viral-epidemic thriller Contagion — that get the fall moviegoing season off to a pleasantly substantial start. 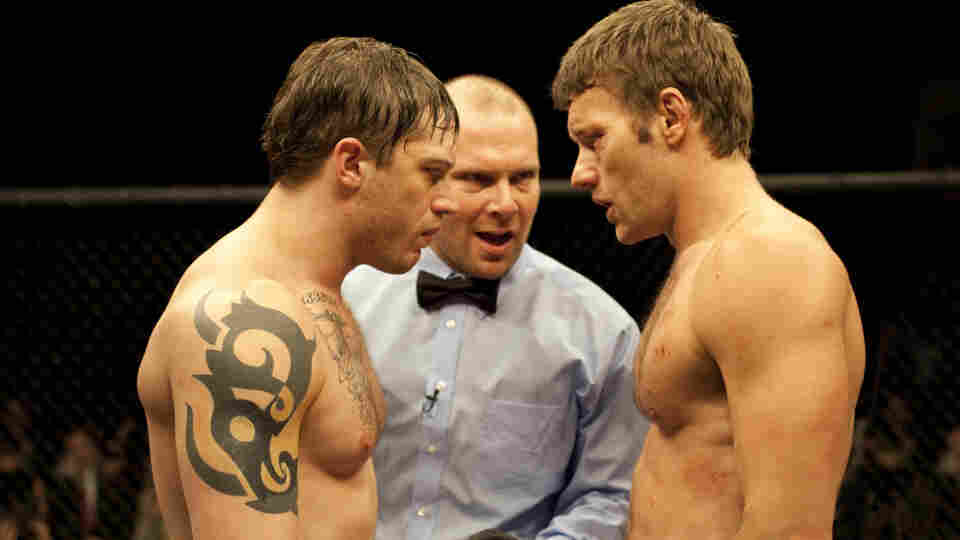 Contagion is about a flu epidemic that causes millions of deaths, Warrior about sibling rivalry in a working-class family. The former is a disaster epic writ surprisingly small, the latter a domestic drama writ larger than you'd think. Both prove effective, both have intriguing structures; it's a good week for movie nuts.

You'd have to call the task Steven Soderbergh set himself in Contagion a daunting one: He has to show a single case of bird/bat/swine flu morphing into a worldwide pandemic. No earthquakes, volcanoes, hurricanes. Basically he has to scare us to death with something we can't see.

And while he's doing that, he also has to keep us interested in whether that something we can't see is affecting specific people we aren't going to get to know — because let's be frank, they're almost all going to die as soon as we meet them.

Old-school disaster-movie star casting helps. You already know, say, Gwyneth Paltrow, and you probably don't want to see her character foaming at the mouth any more than her hubby, played by Matt Damon does. You'll remember her when she shows up in flashbacks later, too; stars make for helpful shorthand.

But Soderbergh, who put plenty of famous faces through their paces in Ocean's 11, hasn't turned the search for a flu vaccine into Potions 11. Rather, he's using his stars to anchor the screenplay's ideas. Damon is Family, solid and dependable; Kate Winslet is Research, selfless and determined. Laurence Fishburne is Government, with all the strengths and drawbacks that implies. And when irresponsible blogger Jude Law, who represents all things alarmist, meets dogged scientist Elliot Gould, who is all things rational, you know whose side you're on.

"There's informed discussion on the blogosphere," responds Law, "that this is a biological weapon." 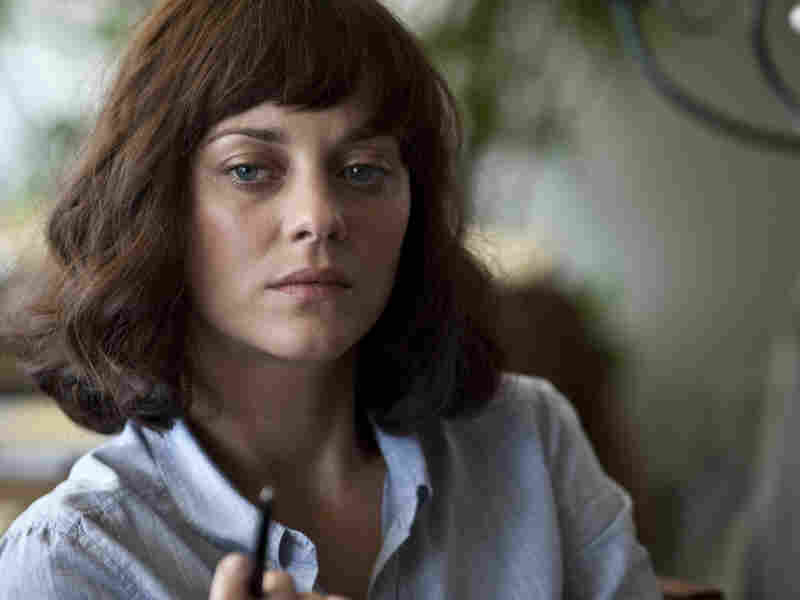 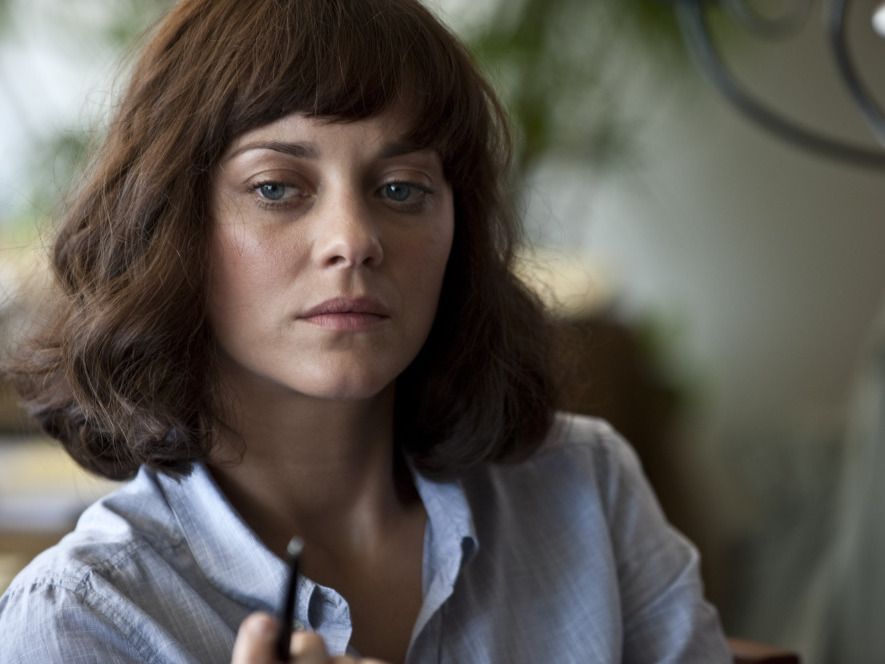 Marion Cotillard plays a researcher for the World Health Organization in Contagion.

With this sort of snappy writing, the screenplay makes Soderbergh's macro point — that speed can be dangerous both in viral transmission and in transmission of unhelpful ideas — work on a micro level. It takes less than a minute at the beginning of Contagion before you're thinking about viral transmission, noticing the things people touch onscreen — a cup handle, a coin.

As for idea transmission? Just note how anxious you are to suppress that little cough you came into the theater with, so as not to alarm the folks sitting near you. There's nothing quite like bumping elbows in a crowd to make this movie's point about panic. (And to establish that Contagion is not, perhaps, the ideal date movie — at least not if you're hoping for more than a goodnight fist-bump.)

Warrior takes the opposite approach in almost every respect. It's a very small, very blunt, blue-collar Pittsburgh story with a lot on its mind about what working-class folks are up against these days. Its story centers on two estranged brothers, neither of whom can stand their alcoholic dad, who's growled into vibrant life by Nick Nolte. Iraq-war vet Tommy, as played by Tom Hardy, is damaged goods — angry, brutal, quite literally spoiling for a fight.

His brother Brendan, played by Joel Edgerton, is at the other end of the spectrum: family-oriented, a high-school physics teacher who only enters the ring against the wishes of his wife because they're about to lose their home to the bank and he can't see another way out.

You hear the fight-movie cliches piling up, no? Wife who has no say, battling brothers, everything riding on the big match. Later there's a scary Russian fighter, training montages — this is not a movie to go to for plot surprises. The filmmakers have clearly read the Old Testament. And seen Rocky.

Still, writer-director Gavin O'Connor, who penned the script for Miracle -- the story of a legendary underdog victory by the 1980 U.S. Olympic hockey team — is becoming the cinema's go-to guy for whipping up sports excitement, and here he makes mixed martial arts look appropriately visceral as he turns sibling rivalry into a spectator sport.

He also gets the family and social dynamics right. These guys say they're fighting for the big prize, but in the movie's scheme of things, they're fighting to get back a little of what's been taken from them — by the recession, by their father, by life. As a result, Warrior ends up feeling a lot bigger than you expect it to.