Accessibility links
An Anthology, And A Life, Full Of 'Funny Stuff' In essays, weekly poems, and books, the writer Calvin Trillin has turned a humorous eye on topics from the news, as well as his life, for the last forty years. Now a new book, Quite Enough of Calvin Trillin, collects that work. 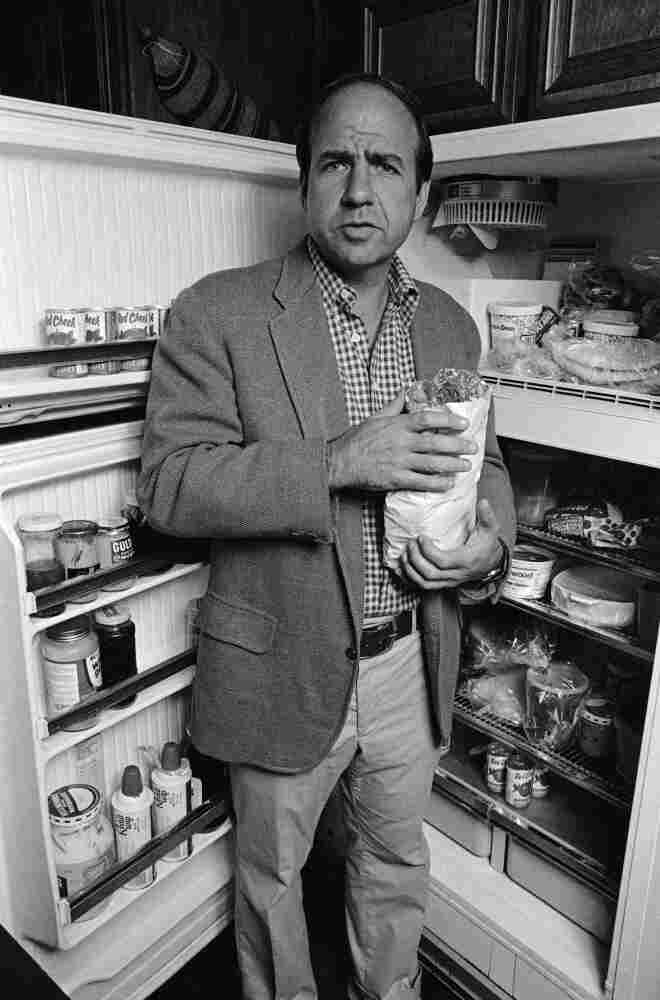 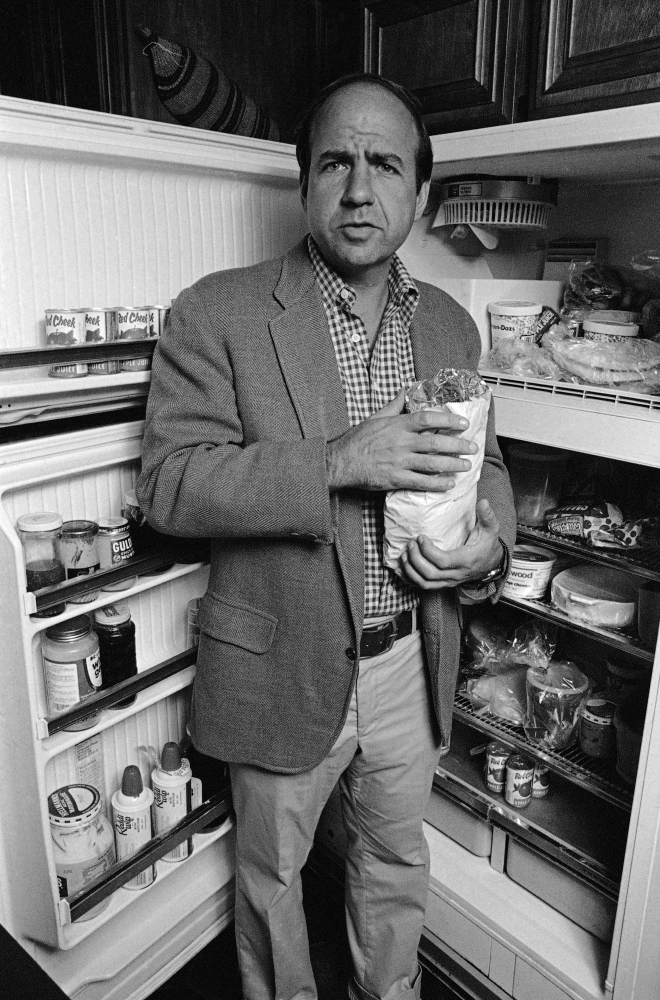 Calvin Trillin, photographed at home in New York City in 1978. 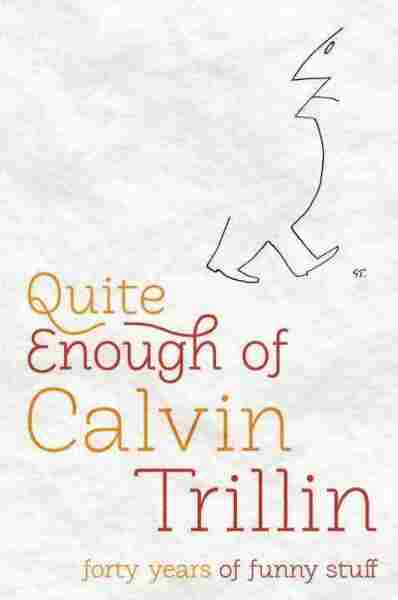 Quite Enough Of Calvin Trillin

The past four decades are a lot funnier in the work of Calvin Trillin than they might be in your memory — or anywhere else. In The New Yorker and The Nation magazines, in his syndicated column and even during some political campaigns, Trillin has written hilariously funny stuff — about food and politics, language and mores, about growing up Jewish in Kansas City and much else — for a biblical span of 40 years.

Now his writing has been collected in an anthology called Quite Enough of Calvin Trillin: Forty Years of Funny Stuff. Trillin grew up the product, by his own description, of a boringly happy childhood. And in the anthology, he gives credit to a certain German Jewish banker and philanthropist.

"I owe it all to Jacob Schiff," Trillin tells NPR's Robert Siegel. "In the beginning of the 20th century, German Jews like Jacob Schiff were pretty comfortable in New York, and then this horde of Eastern European, scruffy, sometimes religious and political fanatic Jews came pouring into the Lower East Side. And I didn't know about this, of course, until I was a grown-up, but then I read in a book that, it said, Jacob Schiff — concerned by the conditions and embarrassed by these people — gave $500,000 to something called The Galveston Movement, which was to reroute them from darkest Europe to Galveston, and then arranged jobs and things in the Midwest and the South. And so my family went to St. Joseph, Mo., 'St. Joe.' "

Trillin's typical response: " 'Who is Jacob Schiff to be embarrassed by my uncle Benny Daynafski?' For instance, we never had anything to do with robber barons like the Schiffs did. When it comes to rapacious 19th century capitalism, my family's hands are clean."

Class warfare is a topic Trillin takes on elsewhere. A self-described "public high school boy" who attended Yale University — "We were then in a distinct minority" — he riffs on the name of one of his college roommates, Thatcher Baxter Hatcher.

"All of them had three last names, but you didn't call 'em by one of the names; they all had nicknames like 'Mutt' and 'Biff,' and 'Skip' was a big one," Trillin says. "And we called Thatcher Baxter Hatcher, 'Tush.' "

Since 1990, Trillin has written "Deadline Poetry" for The Nation: a piece of verse on a subject from the week's news.

"You know, I used to say, when people say, 'How do you think about what to write about in the poems every week?' And I say, 'Well, I have to turn it in on Monday, so on Sunday nights I turn the shower to iambic pentameter and it sort of works out that way.' "

Recently, he's written a couple of poems about Republican presidential candidate Rick Perry, including one that takes aim at Perry's feet. "He comes across as this real Texan as opposed to George W. Bush," Trillin says. "He said he went to A&M rather than Yale and all that and he wears those cowboy boots and everything, but his farm was a cotton farm. There aren't any horses used to plant cotton. So if he's so authentic, he should be wearing bib overalls and one of those straw hats."

Trillin says that the terrorism, wars and economic decline of the past decade don't make it harder to find humor. It was harder when he started out during the administration of George H.W. Bush, he says. But he was inspired to write poetry by Bush's chief of staff, John Sununu. 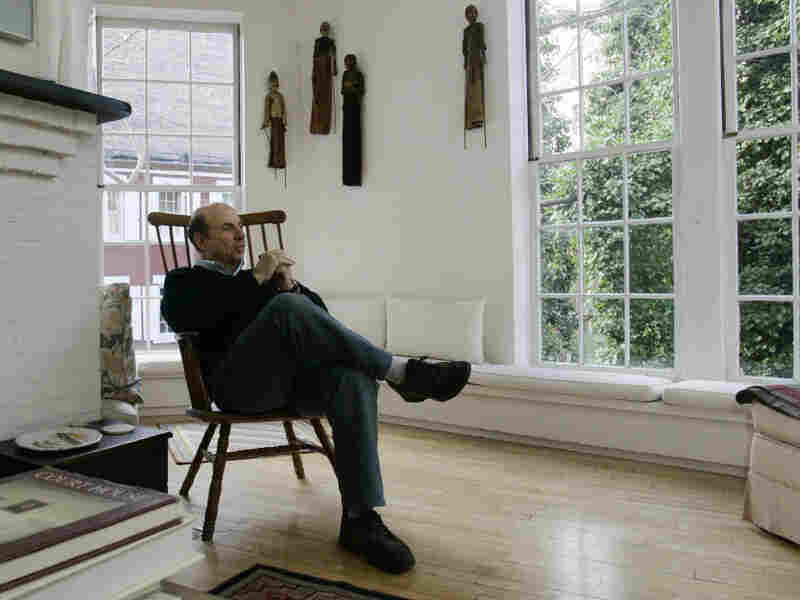 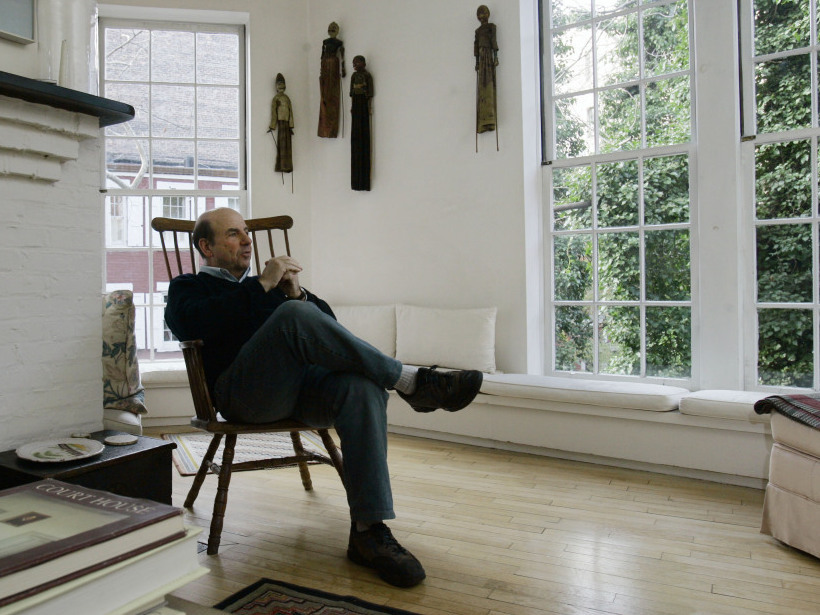 Calvin Trillin, in his Greenwich Village townhouse in 2006.

"The thing I liked about him was, in the first place, he was very intent on showing that he was the smartest guy in the room. And that is a characteristic that those of us in the small joke trade really treasure," Trillin says. "And the other thing, he had that beautiful name: 'Su-nu-nu.' And I finally wrote a poem called 'If You Knew What Sununu.' And that launched me on my so-called poetic career."

"I didn't think I'd ever write anything funny after she died," Trillin says. "But eventually writers write. You know, I got back to work — and more on reporting pieces — and then eventually I found something funny."

For his many devoted readers, Calvin and Alice were real people. In assembling his works in Quite Enough of Calvin Trillin, he saw how much a part of his work she had been:

"I hadn't realized how much, until I started putting this book together, how much of a character she was in all of this, and how I had written it, basically, to make her laugh."