Accessibility links
Lady Antebellum: The Kings (And Queen) Of Country Pop In advance of its third album, the Nashville trio behind the megahit "Need You Now" discusses forming the band, picking a name and handling success and criticism. 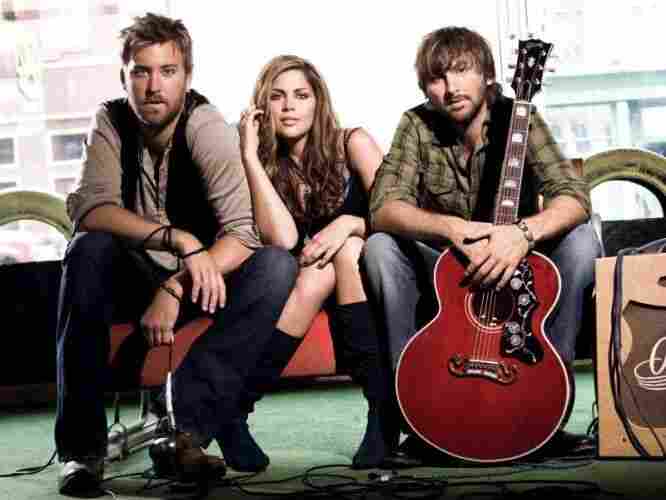 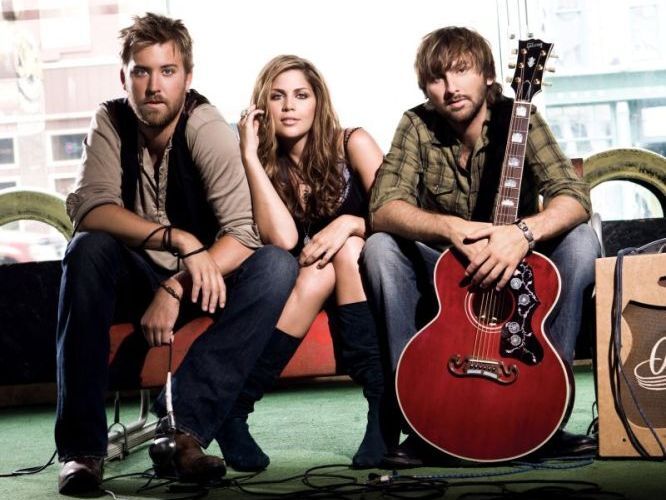 Dancin' Away with My Heart

Hilary Scott, Dave Haywood and Charles Kelley are all accomplished musicians in their own right, but taken together, they form the country-music mega-group Lady Antebellum. It's been been a relatively quick trip up the charts for the trio, whose ubiquitous single "Need You Now" was certified five times platinum. Now, Lady Antebellum is set to release its third studio album in as many years, Own The Night.

Speaking with Weekend Edition Saturday's Scott Simon, the three members say that forming Lady Antebellum wasn't hard: Haywood and Kelley had been friends since middle school, and when they moved to Nashville and met Scott, it seemed only natural to try playing together. Coming up with the name, however, took time.

"When you're looking for a band name, I know it sounds weird, but everything you look at, everything you observe and read, you kind of think, 'Man, maybe that could be our band name,' " Haywood says. "We were taking some photos one day in front of one of these old antebellum homes, and one of us said the word. And we all kind of stopped and said, 'That could be a name!' ... It just feels kind of country and nostalgic."

Few would accuse Lady Antebellum of being nostalgic: The group's music is most neatly classified as "country pop," a designation that draws mockery from some country purists. Kelley says it doesn't bother him.

"We love all kinds of music: We love pop music, we love rock music, we love R&B and country, and we just pull from all our influences," he says. "So I don't really take offense as long as people are coming out to the shows and buying the records and becoming fans of the music. At the end of the day, the music is what's gonna speak to you."