Accessibility links
Thirsty Birds 'Burn The Engine' In Flight Migrating birds fly hundreds of miles at a time with no break. A new study shows that they may be staying hydrated by burning up their own muscles and organs. 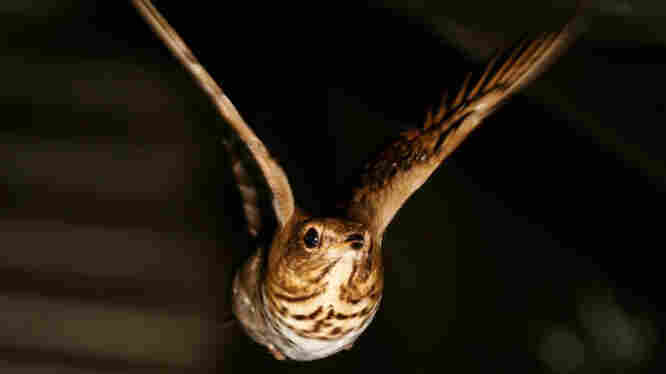 A Swainson's thrush flies a mock-migration in the wind tunnel at the University of Western Ontario. Science/AAAS hide caption

Migratory songbirds like Swainson's thrushes spend their winters in South and Central America. But as spring approaches, they fly thousands of miles north to Canada.

Along the way, these little birds show endurance that would shame even the toughest athletes. They can fly for up to eight hours straight without stopping for food or water.

Scientists know how birds cope without food during the flights: They burn fat. But until now, they haven't figured out the water question. How do migrating birds avoid dehydration after all that flying?

Packing On The Pounds

One possibility is that they get water from burning fat.

"As spring migration approaches, these birds start to eat a lot, and they put on a lot of fat," says Alexander Gerson, an avian researcher at the University of Western Ontario. "They can almost double their body mass in fat."

That makes sense for fliers, says Gerson. "You can carry a light load of fat, and it will provide a lot of energy."

But burning fat doesn't get you much water. And any long-distance athlete will tell you that dehydration is the real enemy, not hunger.

Unlike humans, birds don't sweat. But they do lose water when they breathe. And their flights are strenuous and long — maybe 200 miles at a time. So the birds breathe heavily and water loss adds up.

So why don't the birds fall out of the sky dehydrated? Gerson says reports from field biologists provided a clue. They found birds that actually lost muscle mass between migratory stops, and in some cases, their internal organs had shrunk.

"The hypothesis was that these birds might be using their lean mass, their protein, which is their muscles and organs, as a source of water," says Gerson.

And this would kind of make sense, biochemically speaking. Burning muscle tissue would give a bird about five times as much water as would burning fat. 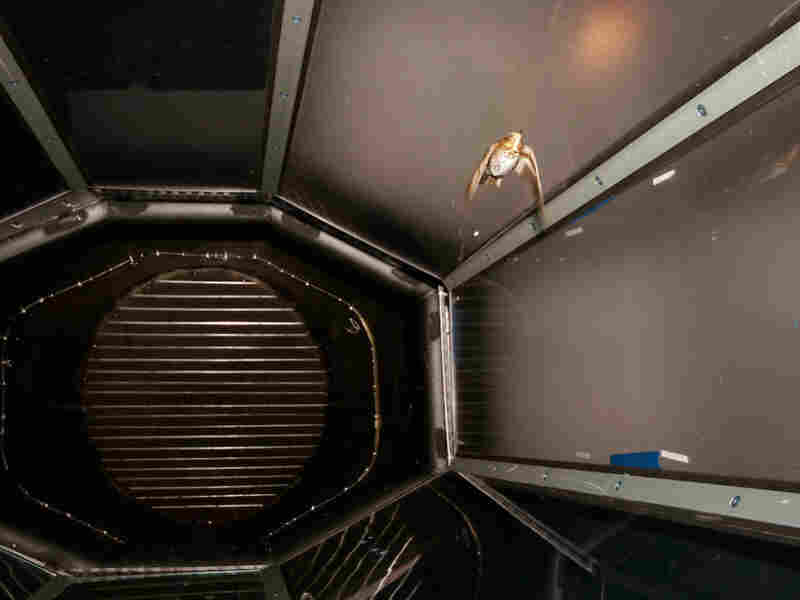 A Swainson's thrush flying in the wind tunnel at the University of Western Ontario. Science/AAAS hide caption 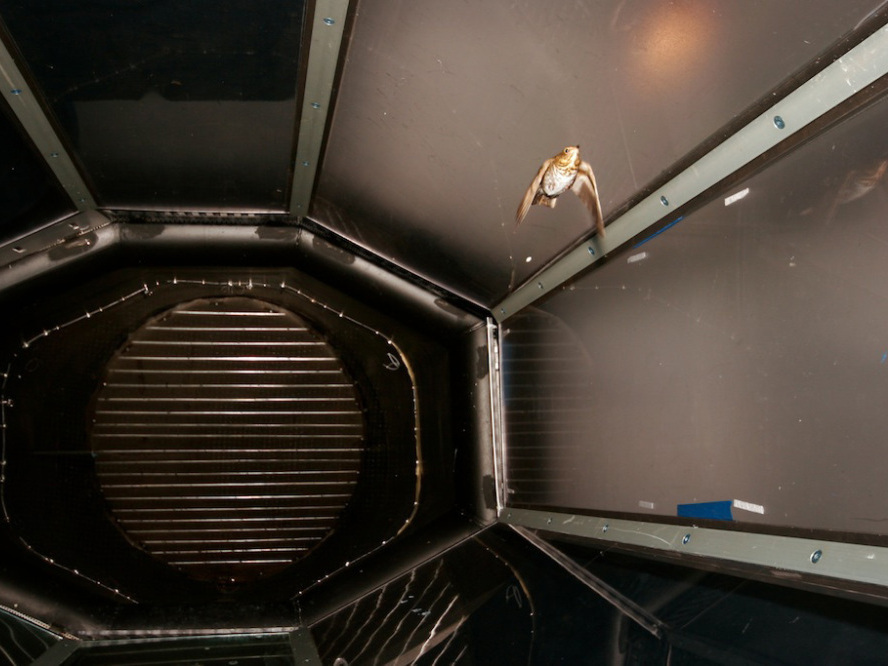 A Swainson's thrush flying in the wind tunnel at the University of Western Ontario.

Gerson had a way to test this hypothesis. There's a large wind tunnel at the University of Western Ontario. It's the avian equivalent of a treadmill. Put birds in the tunnel, turn on the wind, and the birds can fly for hours without going anywhere.

As he and his colleague report in the journal Science, the birds that flew in conditions where they needed more water also lost more muscle mass. But they didn't burn any more fat.

Now if you think about, it may seem like a mistake to burn away the muscles that you need to fly. Wouldn't it be easier to just take a pit stop? Gerson says that for the price of a bit of muscle, birds get the freedom, say, to pick the best migratory route.

"These birds can take advantage of tailwinds," he says, "and not have to worry about becoming dehydrated."

Scientists have suspected that burning muscle might be the secret for birds' staying hydrated.

But according to avian researcher Scott McWilliams at the University of Rhode Island, "it was surprising in the sense that [Gerson and colleagues] designed a nifty experiment to demonstrate that that could be the case."

What's still not clear is how the birds' bodies "decide" to start burning protein. And scientists don't know whether bigger, heavier birds have the same muscle-for-water trick.

"You have something like a goose that would be one of the larger species," says McWilliams, "and yeah, they could very well do different kinds of things, depending on the migration distance."