Accessibility links
Ten Years Of The TSA, Are We Safer Or Sorry? Just two months after the Sept. 11, 2001, attacks, Congress established the Transportation Security Administration, eventually hiring some 50,000 airport screeners. Ten years and $40 billion later, screening has become a routine and often frustrating part of air travel. And some critics say the system still has holes. 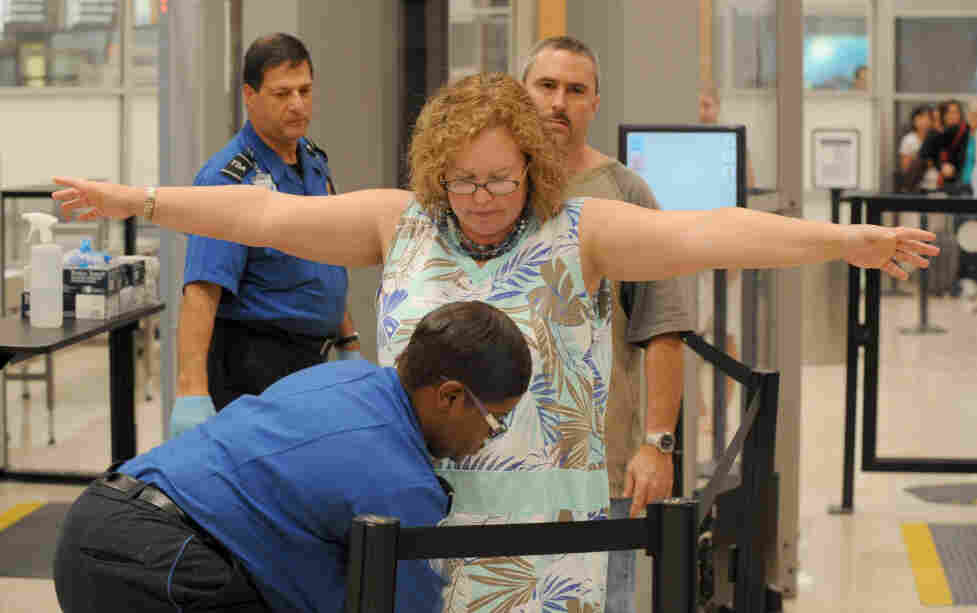 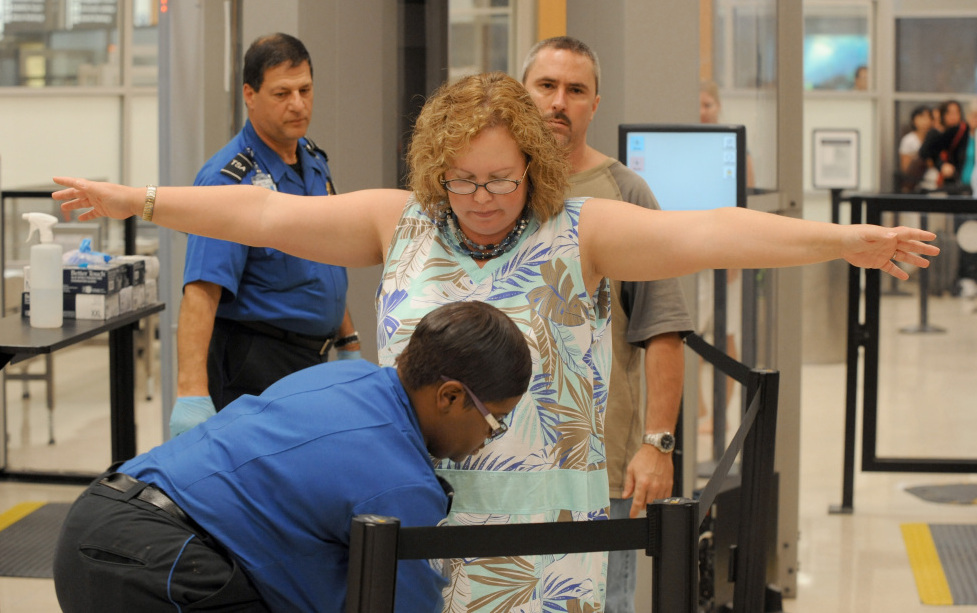 At the Smithsonian's National Museum of American History, a small temporary exhibit marks Sept. 11, 2001. Along with artifacts found in the wreckage of the World Trade Center and the Pentagon — like a smashed firetruck door and twisted bits of fuselage — is a bin filled with every imaginable object people have tried to carry on airplanes.

"The quantity was overwhelming, from grenades — as a couple of people have noticed today — to firearms regularly," says Mike Boeshman, a screener from Bradley International Airport in Hartford, Conn., who was at the opening of the exhibit. "It's gotten better as we've been around for nine, 10 years."

At the Smithsonian exhibit, TSA Administrator John Pistole recalled watching on TV as a plane flew into the second tower of the World Trade Center. 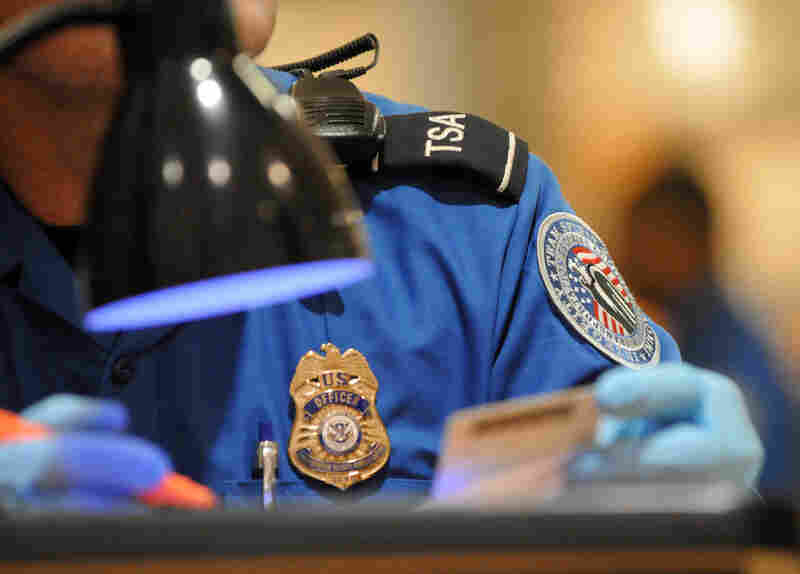 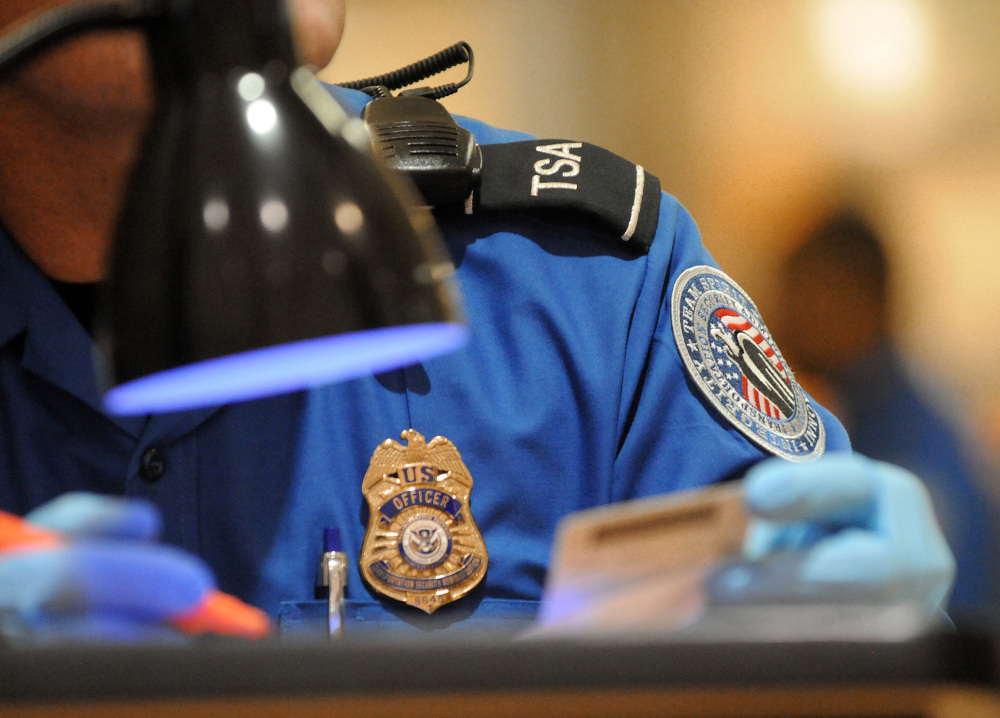 "The thought that came to mind almost immediately after that was — this changes everything," he says, "and in fact it did change everything for what we know as the American way of life, especially when it comes to travel."

Especially air travel. What before Sept. 11 had been a simple walk through a metal detector before boarding a flight has become an ordeal.

Yet after the government spent $40 billion to overhaul airport security, critics say the system still has holes.

In June a man traveled across the country on an expired boarding pass. On Christmas Day 2009, a man boarded a Detroit-bound flight with explosives in his underwear.

"Our conclusion is that despite 10 years of working on the problem, the detection system still falls short in critical ways," Lee Hamilton, co-chairman of the 9/11 Commission, said at a recent conference.

Rafi Ron agrees. Ron is a former head of security at Tel Aviv's Ben Gurion airport and is now a consultant in the U.S.

"What we have been and are still doing at the checkpoints is not necessarily providing us the level of security that is needed," he says, "and there is more that needs to be done."

Ron says the key is not searching for dangerous items, but rather for dangerous people. He says the TSA needs to do more than physically screen passengers. It should use behavior analysis and interview those people it deems suspicious — similar to what security officials do in Israel. He says it does not mean racial profiling and would involve only 1 or 2 percent of passengers.

"If you look at a full 747 flight with 450 passengers, we're probably looking at five or six passengers that will have to be interviewed," he says.

The TSA has in fact deployed some 2,800 behavior detection officers to look for signs of trouble in airports around the country. Pistole says his agency is working on less intrusive screening for members of trusted groups, such as frequent fliers and veterans.

"We're working with the actual pilots in charge of aircraft on how we can do different intelligence-based screening for them," he says.

Homeland Security officials say that behavioral screening will eventually lead to an end to the requirement that passengers remove their shoes, though it's unclear when that day might arrive.

At the TSA, change comes one step at a time.