Accessibility links
Obama Launches Aggressive Push For Jobs Plan The president held a campaign-style event in Richmond, Va., on Friday to sell his American Jobs Act as a much-needed shot in the arm for a still struggling economy. Calling himself "an eternal optimist," Obama said he still believes Congress can come together around a plan like the one he's proposed. 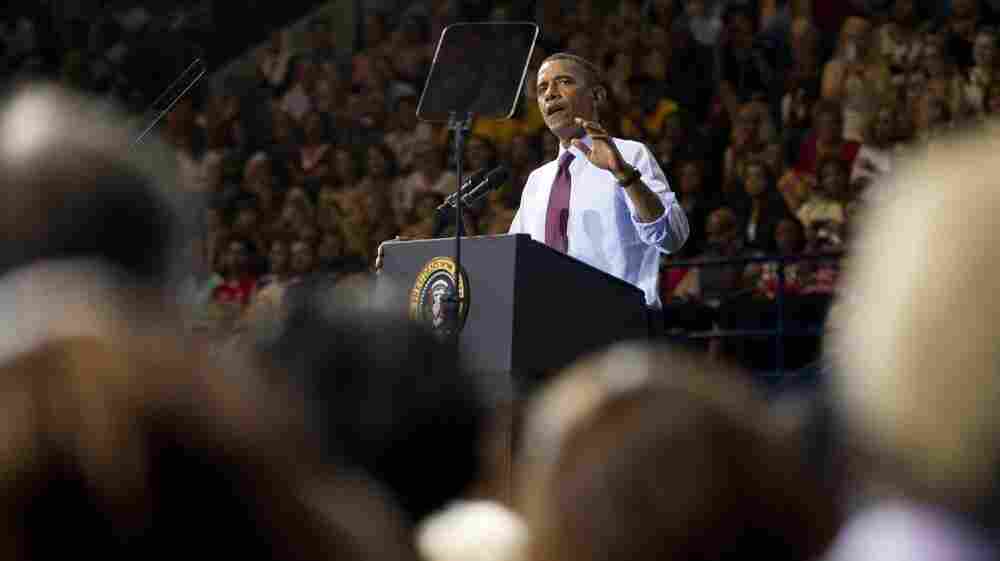 President Obama speaks about his new jobs proposal at the University of Richmond in Richmond, Va., on Friday. Jim Watson/AFP/Getty Images hide caption 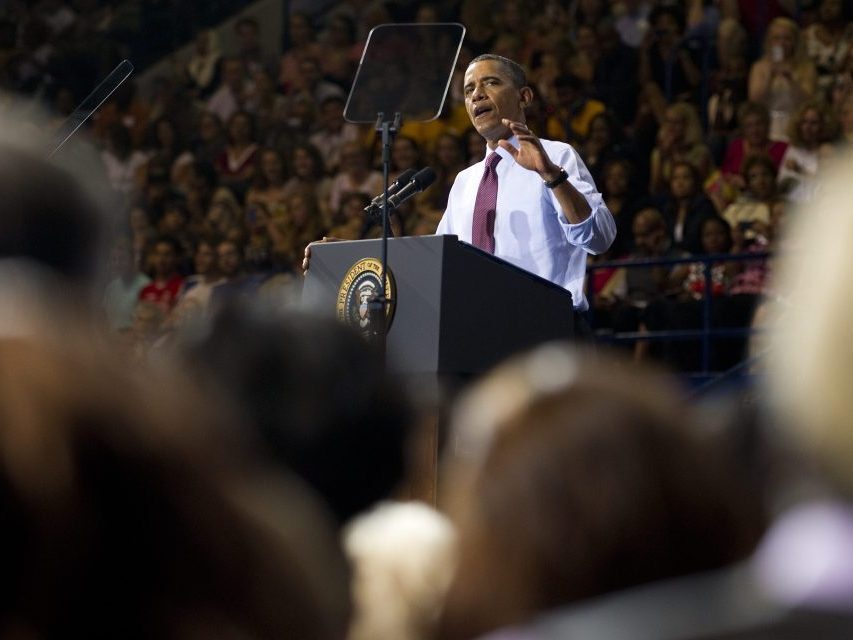 President Obama speaks about his new jobs proposal at the University of Richmond in Richmond, Va., on Friday.

President Obama is selling his jobs plan as a much-needed shot in the arm for a still struggling economy. It includes new public works projects, help for local school districts, training opportunities for those who have been out of work a long time, and more than $200 billion in tax cuts for workers and the companies that hire them.

"It will lead to new jobs for construction workers, teachers, veterans, young people, and the long-term unemployed, provide tax credits for businesses and workers. And it will not add to the deficit. It will be paid for," he told a crowd of 8,000 at the University of Richmond in Virginia on Friday.

Obama said Americans are understandably frustrated. Unemployment is stuck above 9 percent, and a divided federal government seems unable to reach agreement on how to fix it. But calling himself "an eternal optimist," Obama said he still believes Congress can come together around a jobs plan like the one he's proposed. He insisted there's nothing "radical" in his proposal, and that Republicans and Democrats have both supported similar measures in the past.

"I believe if you just stay at it long enough, eventually, after they've exhausted all the options, folks do the right thing," he said.

The president's campaign-style event was in the home district of Virginia Congressman Eric Cantor, the leader of House Republicans. Cantor, along with House Speaker John Boehner, say they're willing to consider some of what the President proposed, though Cantor told Fox News he doesn't support Obama's plans for rehabbing roads, airports and schools, or the other parts of the bill that require new government spending.

"I mean more stimulus spending is not something that we believe is effective in terms of job creation. I think the nation has seen that," he said. "But there are some ideas in the president's speech that are geared toward small businesspeople, creating incentives for people to invest money and hire folks. Those are the kind of things I think we ought to work on right now and get moving."

Last year, the nonpartisan Congressional Budget Office ranked different ways of boosting the economy, and found money spent on unemployment insurance offers the most bang for the buck, because the unemployed aren't likely to sit on their cash. The CBO found infrastructure spending can also provide a big payoff, though it tends to come slowly. Cutting payroll taxes, especially for workers, ranked as a somewhat less efficient way of pumping money into the economy, but it's relatively straightforward and it may be the part of the president's plan that's most likely to win Republican support.

Obama hopes to boost those odds by taking his jobs message on the road.