Accessibility links
After Sept. 11, A 'Missed Opportunity' For America Sept. 11 has been hailed as the moment that changed everything for Americans. But writer George Packer says America had been on a decline before the attacks and that the country failed to respond to its wake-up call. 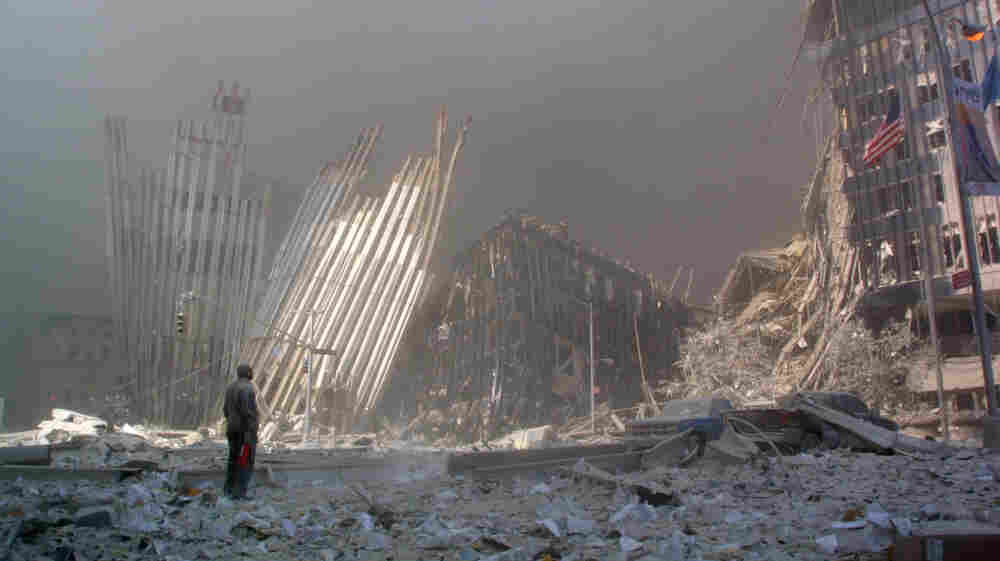 A man standing in rubble shouts to see if anyone needs help after the collapse of the first World Trade Center Tower in New York on Sept. 11, 2001. Doug Kanter/AFP/Getty Images hide caption

The terrorist attacks on Sept. 11, 2001, have been pegged as the moment that changed everything for Americans. Nothing was supposed to be the same after the attacks, and it was expected to usher in a new era for America.

Writer George Packer remembers having a moment of optimism.

"One of my earliest thoughts was [that] maybe this will make us better," Packer, a staff writer at The New Yorker magazine, tells Guy Raz, host of weekends on All Things Considered. "I had this sense that we needed to be slapped and woken up, that we were in an untenable state and that 9/11 was a brutal wake up. I had an expectation, or at least a hope, that something good like that would come out of it."

But Packer doesn't see it that way anymore. In a recent New Yorker piece, Packer writes:

"The attacks were supposed to have signaled one of the great transformations in the country's history. But the decade that followed did not live up to expectations. In most of the ways that mattered, 9/11 changed nothing."

Packer says that Sept. 11 did not detour America from the course the country was on before the attacks and is still on now. He says the path of decline --political polarization that started in the '90s and economic inequality that started in the '80s, for instance — has continued and gotten worse. 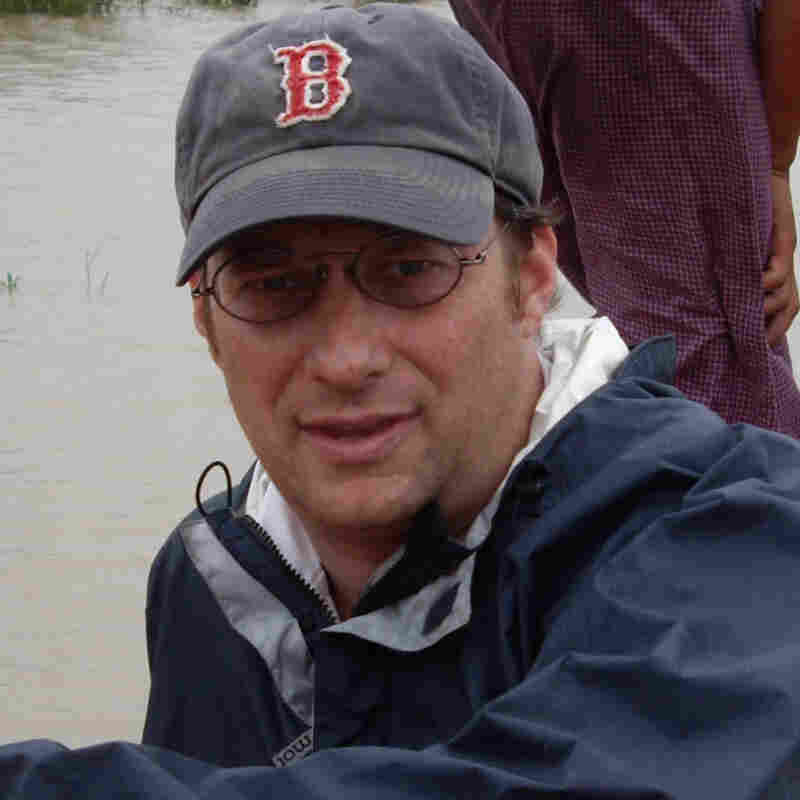 George Packer is a staff writer for The New Yorker magazine and the author of The Assassins' Gate: America in Iraq. Courtesy of The New Yorker hide caption

While it may be harder to get on an airplane or into a building, these are trivial things compared to the way that Pearl Harbor changed America, Packer says.

"I don't want to say [Sept. 11] was a small event, but it was not an earth-shaking event in the life of this country at home," he says.

Packer admits he did not come to these conclusions lightly, saying it took many years to arrive at his belief.

It started with his reporting travels to Iraq for The New Yorker. He says the reality of the war and the war of ideas started to muddle his clarity of a post-Sept. 11 world.

"There are all sorts of things going on in Iraq that didn't fit with my ideas of 9/11," he says. "I began to lose some faith in the words and the ideas that I had embraced in the first year or two after 9/11."

Many intellectuals say Sept. 11 was an opportunity to remake the world and plant the seeds of democracy. Packer says part of that reaction to Sept. 11 is what he calls "generational inferiority." He believes the current generation had missed out on the cataclysmic events past generations were challenged with, like World War II or the Great Depression. They were able to rise to those occasions and meet the challenges.

"I think people my age had wanted to rise to this occasion and might have created a bit of an illusion about how big the occasion was and what it meant to rise to it," he says. "I think in the course of giving in to that illusion the country missed the fragile state of our own democracy and instead, not only was it a missed opportunity, it became an agent of our own division."

Packer says he saw some of his early hope played out in New York in the weeks following the attacks. That sense of fragility made the city the best place to live in the immediate aftermath of Sept. 11, he says.

"Now that was bound to fade, but I don't know that the sense of the fragility and the worth of our democracy – I don't know if that had to fade."