Accessibility links
First Listen: Tori Amos, 'Night Of Hunters' Amos has been rolling out concept-heavy song cycles full of complex characters for nearly two decades. Her latest album is based on familiar pieces by some of the great composers who inspired her during her classical upbringing. 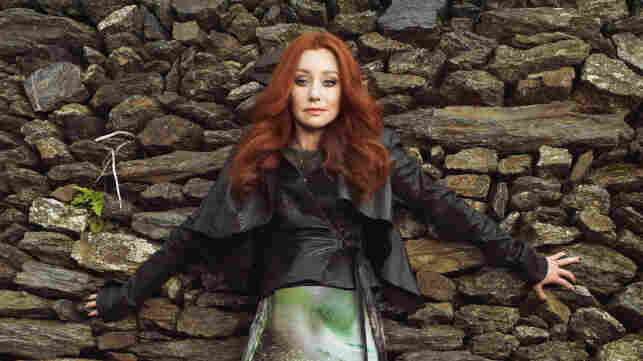 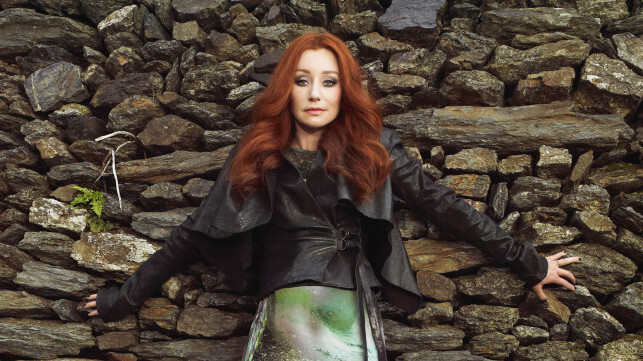 Tori Amos is a conceptual artist disguised as a pop star. For nearly two decades, this mistress of multiple personae has been doing sleight-of-hand with song forms, enfolding whole sagas — about religion and myth, gender and sexuality, cosmic conflicts and her own internal evolution — within the intricate crystal boxes of her songs. Every project she undertakes operates on a new governing principle, a formal or thematic innovation that helps Amos express her big ideas in ways that are both challenging and musically alluring.

Part of what makes Amos such a distinctive songwriter is her grounding in classical music. At 6, she began training at the Peabody Institute in Baltimore, the youngest student to ever be admitted to her program. Even when pushing herself toward new combinations of rock, folk, cabaret and Top 40 pop, Amos held the classical repertoire in her subconscious. Its memory surfaces in all of her music.

That's why Night of Hunters is not a surprising effort from Amos. In fact, the cliché fits: This is the album she was destined, by early apprenticeship and spiritual affinity, to record.

A song cycle based on familiar pieces by composers including Satie, Chopin, Schubert and Bach, Night of Hunters tells a multidimensional tale of a couple torn asunder and a woman's search to find unity within herself. The story is animated by characters and motifs that any Amos fan will recognize as characteristic: a shapeshifter; ancient poets, battling in a ring of trees; a Star Whisperer; a Fire Muse. It's told within a chamber-music setting that allows Amos to show off her classical chops in collaboration with outstanding collaborators, including the Apollon Musagete string quartet and clarinetist Andreas Ottensamer.

Sounds like pretentious stuff, but as a longtime Amos admirer (and one-time collaborator; I co-wrote a book with her in 2005), I'm impressed by the organic way she melds her own writerly approach to the art-song form. And the music deeply satisfies. At the keys of her beloved Bosendorfer, Amos pushes herself as an instrumentalist, finding new levels of nuance and delicacy within her rhythmically powerful playing style, carefully complemented by John Philip Shenale's spacious string and woodwind arrangements. Reinterpreting the classics in ways that explore how they connect to the popular forms from which their composers borrowed and which they inspired, Amos never sounds stiff or somber.

Night of Hunters is ambitious, but it's also personal — not in the confessional sense, but musically. Amos shares vocals in four tracks with her 11-year-old daughter Natashya Lorien Hawley (whose precocious throatiness suggests a more spritely Adele), and her niece Kelsey Dobyns also makes an appearance. Leave it to Amos to find a way to challenge the classical tradition of masculine mentorship by working a little matrilineal magic. It's just her style to reinvent tradition, even as she honors it.