Accessibility links
Ashcroft: War On Terror Won 'One Day At A Time' John Ashcroft's term as attorney general under George W. Bush was redefined by Sept. 11. He explains and defends the techniques endorsed by his Justice Department, including warrantless wiretaps and changes to interrogation techniques. 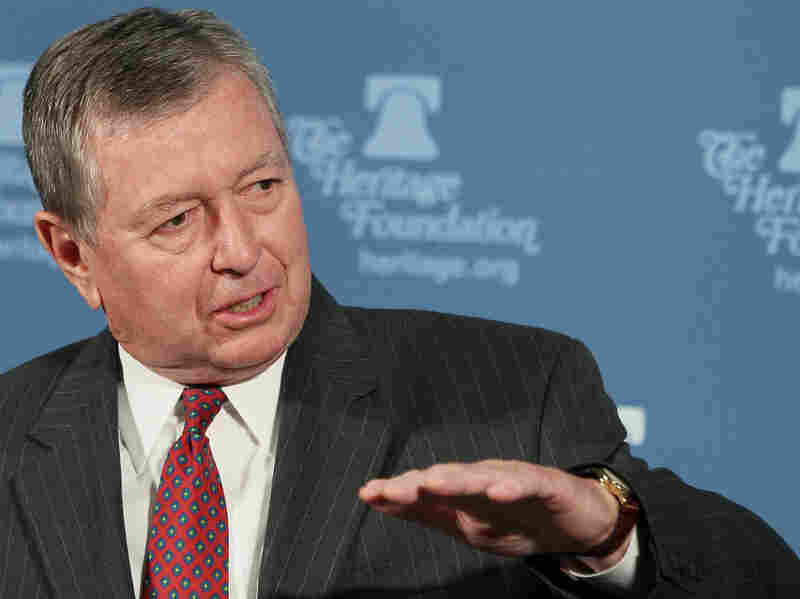 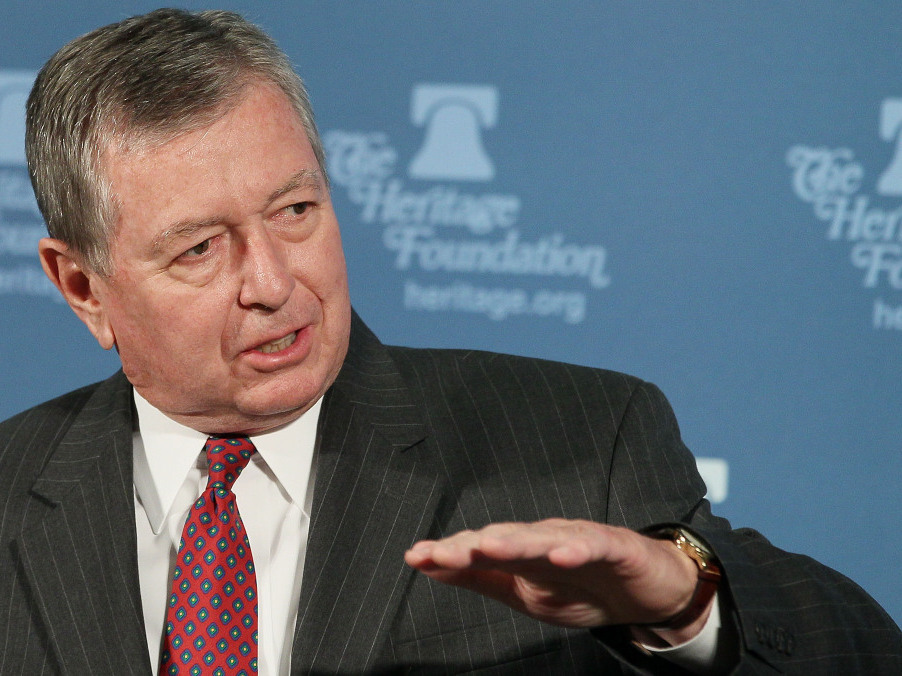 And he tells Guy Raz, host of weekends on All Things Considered, that the techniques endorsed by his Justice Department were necessary, from warrantless wiretaps to so-called "enhanced interrogation techniques."

One of Ashcroft's most controversial legacies is the Patriot Act, a piece of legislation that dramatically expanded the surveillance capabilities of law enforcement for monitoring terrorism suspects.

In 2003, Ashcroft went on a nationwide tour defending the act as it began to draw criticism. He tells Raz that after Sept. 11, the national security system had to catch terrorists before they acted, not after. Methods such as roving wiretaps, he says, were one way to do that.

"Under the old pre-Patriot Act, you were stuck with the idea that a wiretap was focused on a specific telephone," he says. "So that if a terrorist were to throw away his cell phone and buy a new one at the local 7-Eleven store, it took a week or two to get a wiretap authorized for the new phone."

Another post-Sept. 11 that drew criticism was the National Security Entry-Exit Registration System, which required people from countries identified as "state sponsors of terror" to register with the federal government. Critics said the program amounted to racial profiling since most were Muslim countries. But Ashcroft disagrees.

In 2002, John Yoo — an attorney in Ashcroft's Justice Department — wrote a series of so-called "torture memos," which authorized harsh interrogation techniques of terrorism detainees. Ashcroft signed off on the memos although he said he didn't know of their details until later. But he says he approves of more intense interrogation to get information from suspects.

"It certainly seems that when the current administration finally found Osama bin Laden, they relied in some significant measure on information gleaned from previous interrogations of detainees," he says. "So if you can learn things that will help you disrupt other terrorist attacks, I think it's very important to a free society in a wartime situation to be able to exploit that information — to develop it and exploit it."

Ashcroft says the interrogation techniques were developed with existing laws in mind.

"I think there was a great deal of care undertaken to develop methods that were consistent with the law but which would yield information that would protect the American people and help prevent additional attacks," he says.

The Continuing War on Terror

When he retired in 2004, Ashcroft wrote in a handwritten letter to President Bush. "The objective of securing the safety of Americans from crime and terror has been achieved," he wrote. Today, he says he still believes that, but "the war on terror has to be won one day at a time."

"It's a dynamic situation — you have to win to remain safe and there won't be any kind of time that I can imagine where we will somehow be able to say we never have to worry about someone attacking us again," he says. "So regardless of what the administration is, it should be commended when it wins it. And it has to have a serious commitment to winning it over and over again."

Today, Ashcroft runs his own consulting company. Many of his clients are homeland security firms including Xe, the company formerly known as Blackwater Worldwide.