Accessibility links
Homeland Security: Agency In Progress The Department of Homeland Security was established in 2002 with the idea of unifying homeland security efforts. But after all this time, have those efforts made us safer? 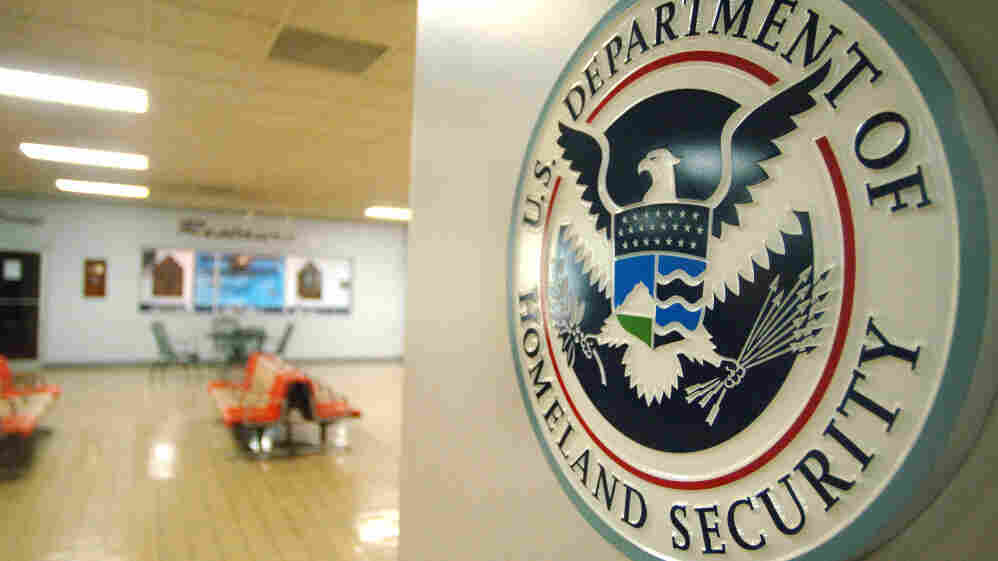 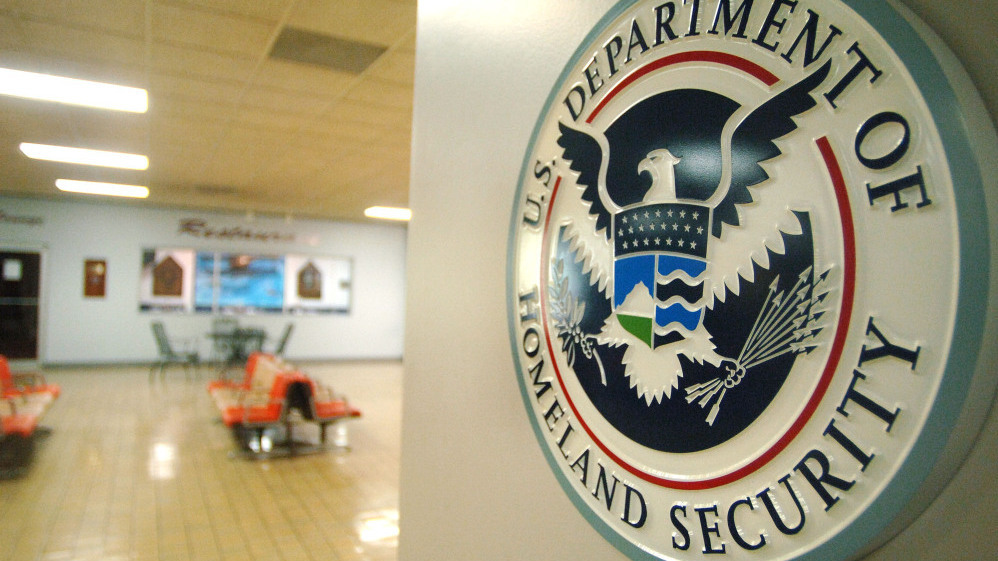 A U.S. Department of Homeland Security sign hangs in an empty terminal at the Tri-State Airport in Ceredo, W.Va.

The Department of Homeland Security and state governments spend billions of dollars every year on domestic security, helping cities and counties buy up-to-date equipment and strategies for defeating terrorists.

Established in November 2002, the new department absorbed 22 different federal agencies, with the idea of unifying homeland security efforts. But after all this time, have those efforts made us safer?

In its early days, the Department of Homeland Security was something of a makeshift affair. The first secretary, former Pennsylvania Gov. Tom Ridge, operated out of a double cubicle, a bit more modest workspace than most of his fellow Cabinet officers. The computers at the various agencies could not talk to one another, and there were the inevitable turf wars.

Current DHS Secretary Janet Napolitano gives her predecessors, Ridge and Michael Chertoff, a lot of credit for getting the agency going.

"I think [secretaries] Ridge and Chertoff did yeomen's work in getting the department up off its feet," Napolitano says. "It's the kind of department [where] you have to build the plane while you fly it, and I think it has really begun to gel in important ways."

The National Commission on Terrorist Attacks Upon the United States, also known as the 9/11 Commission, was formed to look back at the lessons taught by the Sept. 11 attacks. Commission co-chairman Lee Hamilton says the department remains a work in progress.

"It is not seamless yet by any means," he says. "It is not easy to get all these people working together."

DHS has an annual budget of nearly $50 billion. Over the years, it has funneled close to $35 billion in grants to local communities. That money has gone for equipment such as new radios and computers to allow first responders from different communities to better communicate. But some use of money has been questionable.

For instance, several communities have used DHS grants to purchase armored trucks called Bearcats. A company video demonstrates the vehicles' capabilities, including injecting tear gas into buildings. But do communities need an armored vehicle with a machine gun turret and chemical gas injector costing some $300,000 in the name of homeland security?

A company video demonstrates the capabilities of the BearCat, a vehicle some communities have purchased with DHS grants.

"We tried to look at how many people are killed worldwide by Islamic extremists per year outside of war zones — so that would include London and Bali and Madrid and all those terrible things," Mueller says, "well it comes out to be maybe 2 [hundred] to 400 people in the whole world outside of war zones per year.

"Now that's clearly 2 [hundred] to 400 too many, but is not an existential threat to the world."

Mueller, who has written extensively on the subject, says the Department of Homeland Security should use a more risk-based approach in deciding how to spend its money.

Napolitano says the department is taking risk into account. She says much of the gear and training obtained by local responders across the nation has been put to good use, as recently as in the response to Hurricane Irene.

"The locals were able to handle that, and FEMA of course came in and was part of the team, but they didn't have to sit and rely on" the Federal Emergency Management Agency, she says. "In other words, they had the equipment the training the personnel needed for response and recovery."

Another member of the 9/11 Commission, Steven Flynn, says Homeland Security needs to focus more on the idea of resiliency. Flynn, president of the Center for National Policy, a Washington think tank, says Americans should realize that it is impossible to guard against every conceivable attack, and instead learn how to deal with disaster.

"To be able to take a punch and bounce back is a key element of how we have to deal with terrorism," Flynn says. "Resiliency is necessary because we can't prevent every risk from manifesting itself."

The DHS may itself have to show some resilience. After years of growing budgets, the new austerity in Washington likely means spending on Homeland Security will decline, at headquarters and in local communities.