Accessibility links
The Nation: How To Really Win The Future When it comes to Obama's recent jobs speech, everyone seems to have an opinion. The Nation's George Zornick adds some fresh ideas to the conversation.

The Nation: How To Really Win The Future

The Nation: How To Really Win The Future 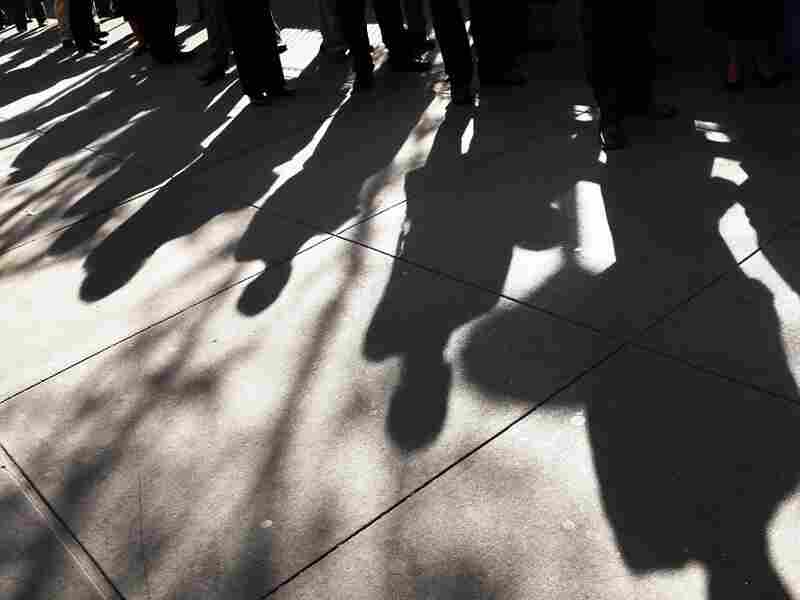 Hundreds of people looking for employment wait in line to at an AARP job fair with an emphasis on individuals 50 years old and over on April 12, 2010 in New York, New York. Spencer Platt/Getty Images hide caption 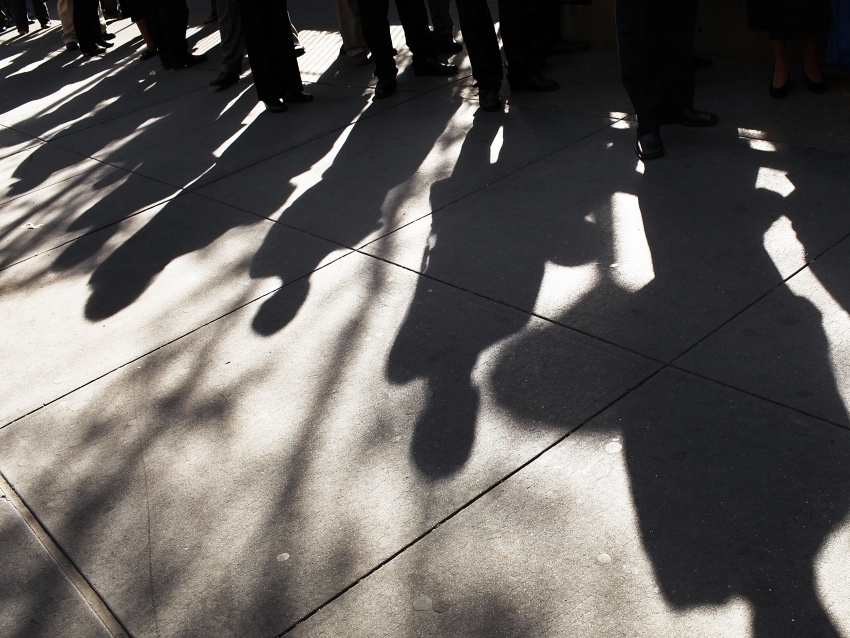 Hundreds of people looking for employment wait in line to at an AARP job fair with an emphasis on individuals 50 years old and over on April 12, 2010 in New York, New York.

George Zornick is a writer for The Nation. Prior to joining The Nation, he was Senior Reporter/Blogger for ThinkProgress.org.

Many of these measures would indeed help the ailing economy, and the speech was a success on several measures. Paul Krugman called the plan "significantly bolder and better" than he expected. As Ari Berman noted, Obama delivered a heartening defense of the government's role that might start to steer the conversation away from tired Tea Party tropes about harmful stimulus and federal intervention. The president also made some modest political headway that slightly brightens hope for some actual progress: House Speaker John Boehner said some ideas in the package "merit consideration," and Republican Governor Rick Snyder of Michigan voiced support for Obama's plan.

But the American Jobs Act falls short in two paradoxical ways: the plan is still too ambitious for Congressional Republicans, and at the same time doesn't go far enough. Despite Boehner's kind words, it still probably won't pass the Republican House of Representatives. And even if it did, many economists say it still wouldn't be enough to spur a true economic recovery.

So what else is needed? Below I've gathered a list of jobs proposals from several economic thinkers and legislators. They range from things Obama can do right now without Congress, to things he perhaps should have included in the American Jobs Act, to pie-in-the-sky ideas that would never pass but are useful to bring into conversation.

Write down mortgage debt: As the editors point out in this week's editorial, "Go Big, Mr. President," debt forgiveness on home loans would be highly simulative. Millions of Americans are underwater on their homes, and thus cannot save much money and don't have much buying power. The New Bottom Line, a national campaign of labor/liberal groups and grassroots networks, estimates that writing down underwater mortgages to market value would pump $71 billion a year into the economy and create 1 million jobs. Banks would take a hit, but on loans that probably won't be paid back anyhow—and since many toxic loans are now federally backed, the government can help engineer a massive write-down. (Obama may still favor some kind of refinancing push, though the details are still vague).

Green jobs: Four members of the Congressional Progressive Caucus—Representatives Barbara Lee, Keith Ellison, Lynn Woolsey and Raul Grijalva—wrote on Politico that a good jobs act "should advance the green industrial revolution that will likely define the economy of tomorrow, and make major investments in US infrastructure." Obama did include some green jobs ideas in his speech, like weatherization and money to invest in energy-efficient retrofits. China's ability to produce cheap solar panels hinders efforts here, as evidenced by the recent bankruptcies of several US solar panel companies, but there are plenty of other areas for investment. A Brookings Institution study this summer found that green jobs account for only 2 percent of workers nationwide. The key to growing the US solar industry may be not in manufacturing but training and certification for workers to install a massive network of solar-powered energy. And for every job created by the solar industry, between 1.8 and 2.8 other jobs are created.

Trade and tax reform: Last night, Obama urged Congress to pass trade deals with South Korea, Panama and Colombia. That's actually not likely to create many jobs—and may even have the opposite effect. But as long as he's talking trade, Obama could take action to shrink the nation's swollen trade deficit. As US multinationals move jobs overseas, the United States has borrowed $6.3 trillion to pay for excessive imports and will add another $500 billion this year. Obama could propose higher taxes for companies that ship jobs overseas—he's pushed it before. He could also introduce new rules to cap the rising trade deficit, and institute emergency tariffs on countries that don't participate.

Immigration reform: Contrary to conventional wisdom, increased immigration doesn't hurt unemployment—it may actually help it. A study by two professors at the University of California, Davis, called ""Immigration, Offshoring and American Jobs," found that increased immigration actually mitigates offshoring by US companies. Hiring low-wage immigrant workers in the United States makes many companies less likely to offshore—the study found that when immigration is rising as a share of employment in the economic sector, offshoring tends to fall. That means that other related jobs, including high-skill managers and technicians, also remain in the country.

More government jobs: A big factor in high unemployment is the loss of government jobs: more than 500,000 have been lost since Obama took office. Last week's zero jobs report reflected a slight increase in private sector jobs but a complimentary loss in public sector jobs that washed out the gain. The American Jobs Act's proposed infrastructure bank might provide some additional jobs, and that's good—but Obama shouldn't stop there. A growing popular campaign to "save the American Dream" is pushing legislation that would devote $227 billion over two years to projects that generate 2.2 million jobs—something Republicans probably wouldn't pass, but let them explain why. If Republicans demand new funding for the jobs, there are always taxes on speculative Wall Street trading. Dashing the federal salary freeze wouldn't be a bad idea either.

Action by the Fed: Also on Thursday, Federal Reserve Chairman Ben Bernanke hinted the Fed might take more aggressive action to address unemployment. That's a very good thing. More quantitative easing would certainly be welcome, but there are other things the Fed could do—like participate in the aforementioned mortgage write-down, or provide off-budget financing for Obama's proposed infrastructure bank.