Accessibility links
Cook County, Illinois, Bucks Immigration Enforcement Efforts Cook County recently passed an ordinance that requires its jail to free inmates wanted by Immigration and Customs Enforcement, unless the federal government agrees in advance to pay for extended confinement — something federal officials say they don't do. Other counties may soon follow suit. 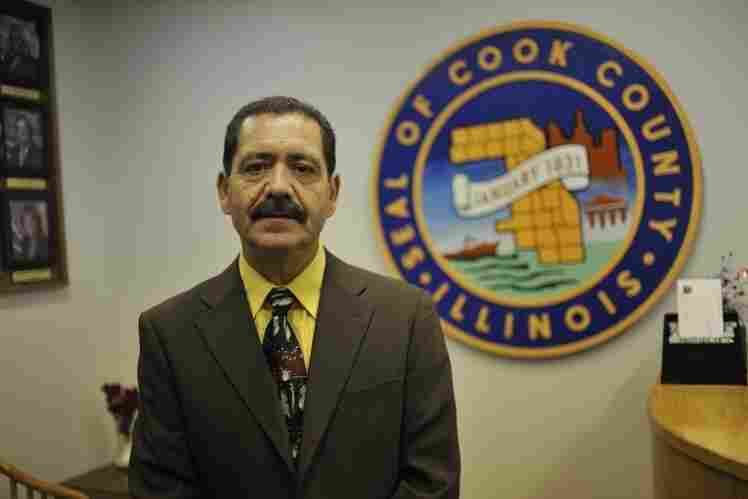 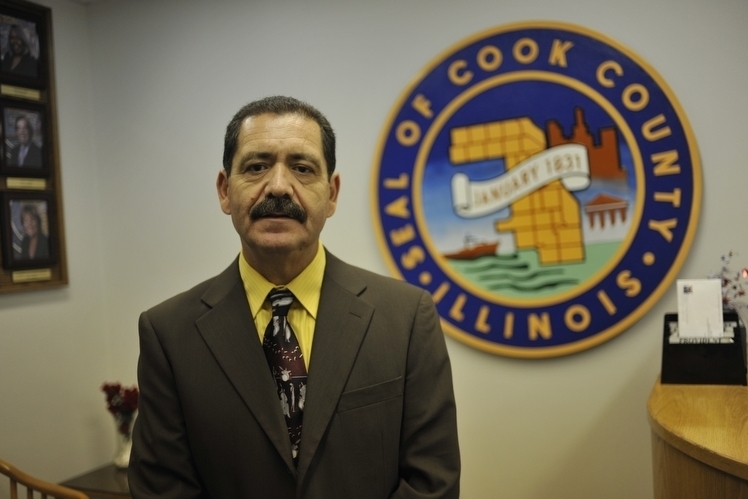 Democrat Jesus Garcia, of Chicago's Southwest Side, agrees with the Cook County measure to disregard Immigration and Customs Enforcement requests to hold inmates two business days beyond what their criminal cases require.

One of the nation's largest jails has quit holding inmates for an extra period of time when requested by immigration officials.

Disregarding those federal requests is the new policy of Cook County, Ill. The county enacted the measure even though the jail holds sometimes help officials deport dangerous illegal immigrants.

Local jails routinely hold inmates up to two business days beyond what their criminal cases require. That's after the jails receive requests known as detainers from Immigration and Customs Enforcement, the federal agency known as ICE. The detainers give ICE time to pick up inmates for possible deportation.

In Illinois, Cook County Jail this year turned over 721 inmates named on ICE detainers, including people like Carlos Torres' father. Torres says his father is a Mexican native with an expired green card.

"He's had a burglary on his record once, so that would make him more likely to get deported," Torres says.

Torres' father went to jail last month after police found narcotics in a car he was riding in. ICE found out he was there and put a detainer on him. But a new Cook County ordinance prevents the jail from complying with those detainers.

Under this ordinance, gangbangers and people involved in drug-dealing, sex trafficking and criminal sexual assault will be released back into our communities.

So Torres says his father has a better chance of walking free after his court appearance Tuesday.

The ordinance requires the jail to free inmates wanted by ICE unless the federal government agrees in advance to pay for the extended confinement — something federal officials say they don't do.

County board commissioners who voted for the measure bring up issues beyond the cost. They say holding inmates for ICE violates due-process rights and erodes community trust in local police.

The ordinance passed last week, and the jail has already released 15 inmates wanted by immigration authorities.

The measure is especially popular in heavily Latino districts like Democratic Commissioner Jesus Garcia's on Chicago's Southwest Side.

"You have many localities and state legislatures trying to do immigration policy," he says. "We're not best equipped to do this."

Garcia says local governments are stuck with the job, though, until Congress overhauls the nation's immigration laws.

Cook County may have some cover from a federal court ruling in Indiana over the summer. The ruling says compliance with the detainers is voluntary.

Still, a few county board commissioners are uncomfortable with ignoring the federal government's requests.

"Under this ordinance, gangbangers and people involved in drug-dealing, sex trafficking and criminal sexual assault will be released back into our communities," he says.

"Jurisdictions who ignore detainers bear the risk of allowing that individual back into the public domain before they were thoroughly vetted to ensure that this individual doesn't have anything outstanding that warrants us to move further in that particular case," Palmore says.

ICE isn't saying whether it will take Cook County to court to compel compliance with detainers. Without a court ruling on ICE's side, the agency may see other jurisdictions taking a similar stand.

"For a long time, we felt like we were in this alone," says Juniper Downs, lead deputy counsel for Santa Clara County in California. "Cook County's bold policy may affect the direction of the policy we develop."

Over the past year, at least three counties have limited the sorts of inmates they'll hold for immigration officials. So far, Cook County is the only jurisdiction openly disregarding all immigration detainers.