Accessibility links
A Potential Superhero For The Supercommittee At a hearing before the bipartisan deficit-cutting panel on Tuesday, the head of the Congressional Budget Office managed to short-circuit partisan bickering over the debt by laying out some facts: Trimming around the edges is not going to be enough to slash the deficit this fall, Doug Elmendorf warned. 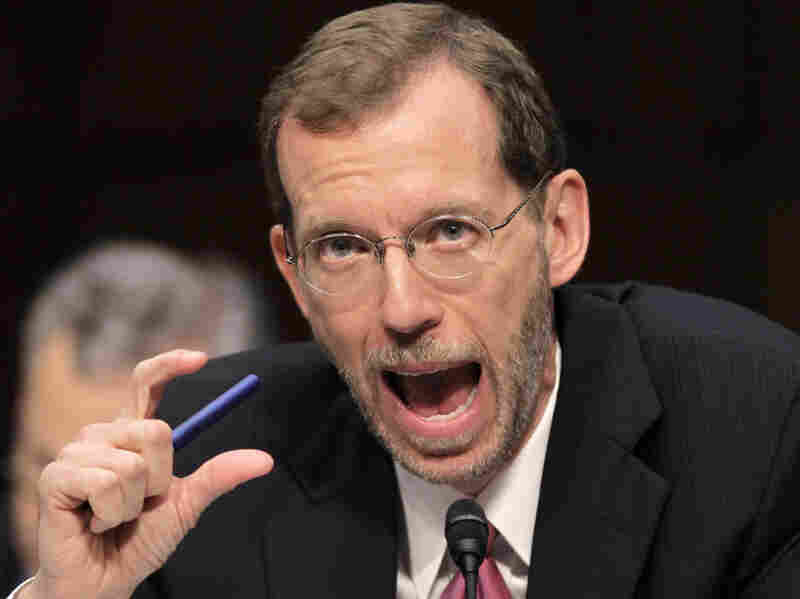 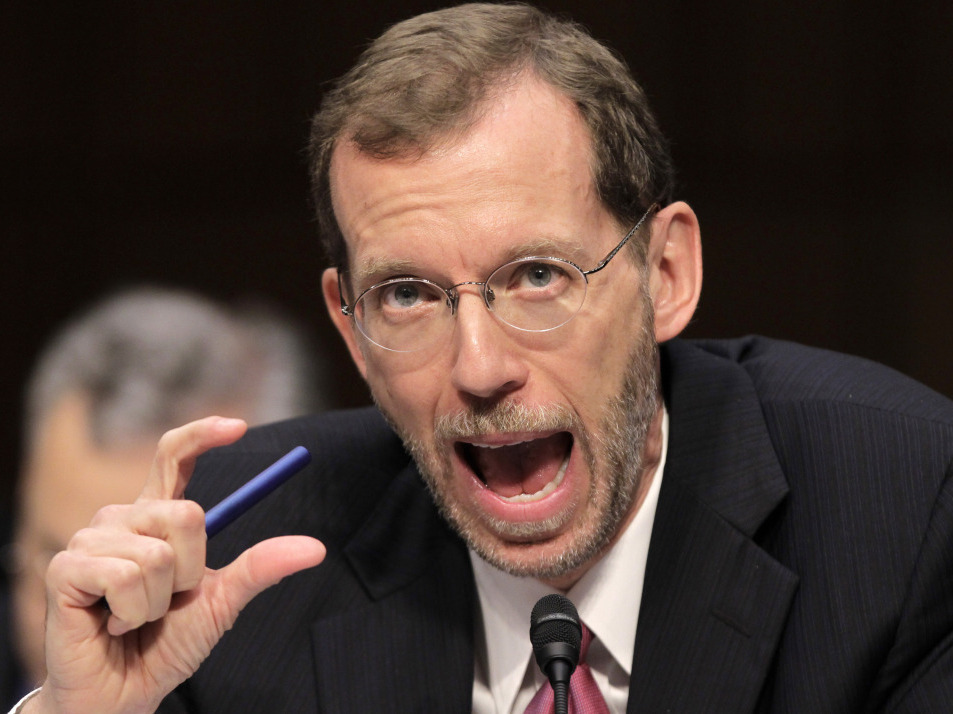 A hearing Tuesday before the Joint Select Committee on Deficit Reduction — dubbed the "supercommittee" — was supposed to be about the history of the current debt crisis. Almost nothing causes more partisan bickering than that. Each party is fervent in its belief about who drove the government into the ditch — namely, the other guys.

On Tuesday, however, Doug Elmendorf, the man who runs the nonpartisan Congressional Budget Office (CBO), immediately dispensed with the question of blame and laid out the options for the supercommittee.

At one point, Arizona Republican Sen. Jon Kyl suggested that the government might raise money by tackling Medicare fraud or by selling public lands.

"I'm not against our working with you on any issue that you want us to work with you on," Elmendorf said. "But there's no evidence that suggests that this sort of effort can represent a large share of the $1.2 trillion or $1.5 trillion in savings for this committee."

Trillions with a T, he reminded them.

Another argument Elmendorf short-circuited was about timing. Generally, these days, Republicans argue that Congress should cut spending now to fix the budget. Democrats want to increase spending now, to spur growth in the economy.

"Cut taxes or increase spending in the near term, but over the medium and longer term, move in the opposite direction and cut spending or raise taxes," Elmendorf suggested.

It may sound like a paradox, he said, but it's not. Elmendorf said he and his colleagues at the CBO believe lawmakers can stimulate the economy now, with government spending and lower taxes, then rein it all in later, to fix the budget.

That idea slashes across partisan boundaries: Do what the Democrats want, then do what the GOP wants. He even had a solution for Republicans worried that their phase could be put off: Write their part into the law now.

The supercommittee is supposed to write its proposal by Thanksgiving, but Elmendorf warned the members that if they're really serious, they should send him the details by early November so that the CBO has a few weeks to crunch the numbers.

The supercommittee members might just have a superhero at their disposal — a man who can bend steel, or at least the political equivalent. That is, if they choose to listen to him.