Accessibility links
'Starting From Happy' Tells A Tale Of Sweet, Unbalanced Love When lingerie designer Imogene Gilfeather hears that Wally Yez is the perfect guy, her response is telling: "Perfect ... is not my type." Comedy writer Patricia Marx tracks the beautiful — and absurd — relationship that follows in her new novel, Starting from Happy. 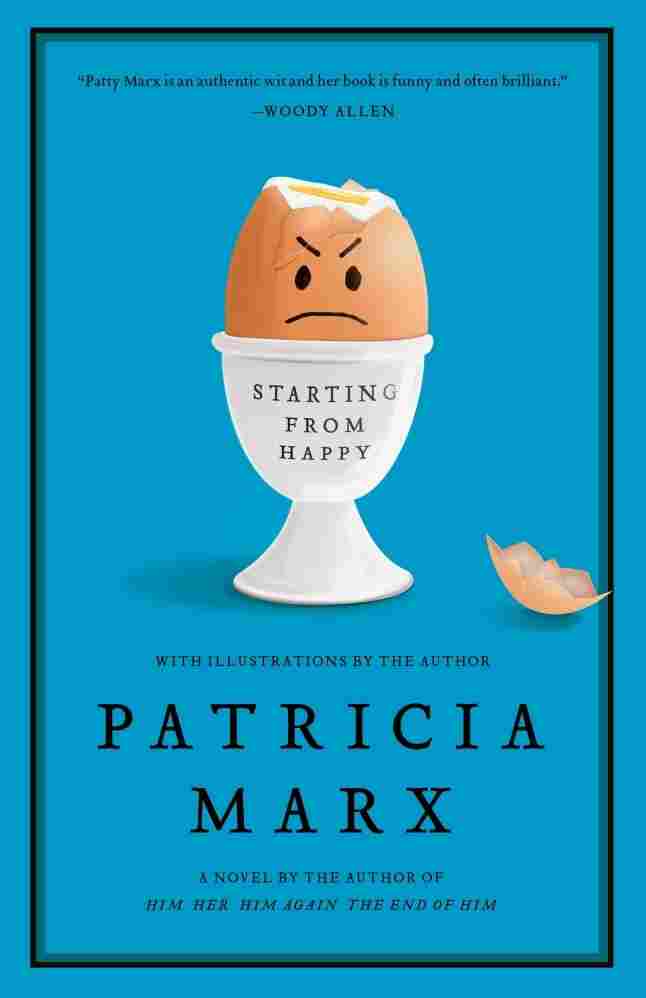 Here's a warning: If you start reading Patricia Marx's new novel in public, you might just find yourself snorting out loud — and with some explaining to do.

The book, Starting from Happy, is a sharp-edged love story told in 618 mini-chapters. It's sprinkled with Marx's quirky line drawings of origami instructions, pie charts, pasta shapes and — for no apparent reason — a kumquat.

Marx, who writes a shopping column for The New Yorker and is a former writer for Saturday Night Live, describes her protagonist, lingerie designer Imogene Gilfeather, as an atypical female lead.

"Imogene Gilfeather says things that I wouldn't dare to say, and doesn't become a better character in the end of the book," Marx tells NPR's Melissa Block. "She has been described by one character as 'a big No.' The other character — the one who she's involved with, Wally Yez — is 'a big Yes.' "

Imogene thinks she's doing just fine on her own, so when people try to fix her up with Wally, telling her he's perfect for her, Imogene's response is telling: "Perfect ... is not my type."

Wally, the scientist with a fondness for reading instruction manuals, is a different story.

"He is as enthusiastic as Imogene is not," Marx says. "He's just a happy guy."

There are pages in Marx's novel where the text is sparse, just a series of one-liners — like "Everyone has a mother" and "It's one of those things. Like soil erosion." Think of them as shorter, more concise versions of the everyday chapter. Marx likes to call them "chaplettes."

"I'm sort of temperamentally terse," she says. "The book before this, I forced myself to get up to 20 pages per chapter, but truly I can reduce everything to about a word. If I were Shakespeare's editor, 'To be, or not to be' would be just 'Be,' question mark." 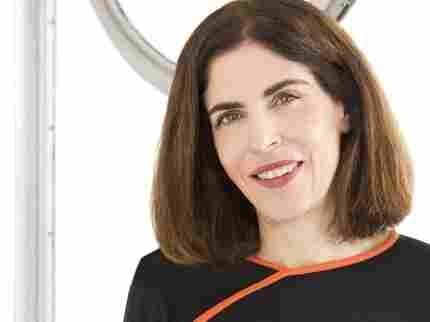 Patricia Marx is the author of several books, including Him Her Him Again the End of Him, which was a finalist for the Thurber Prize for American Humor. Robert Adam Myer/ hide caption 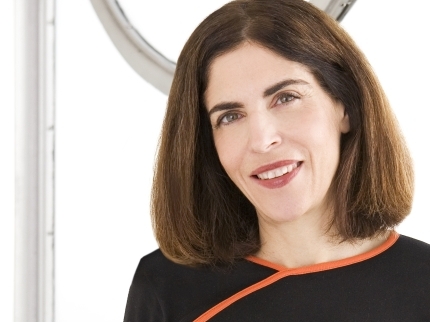 Patricia Marx is the author of several books, including Him Her Him Again the End of Him, which was a finalist for the Thurber Prize for American Humor.

"As a writer, [I] think visually," Marx says. "And I like a pretty page, so I thought this would be kind of a nifty look with lots of blank space."

On Getting Away With Comedy

Marx has been known to say that she writes comedy because she's too shallow to do anything else.

"Being serious just makes me a little bit embarrassed," she says. "I write the shopping column. I think I've proven my superficiality."

But being the funny person can also be a burden — like when people ask her to say something funny when she isn't necessarily feeling it.

"[I] just say, 'Not today — not on Thursdays,' " Marx tells Block. "You come up with something. And then the advantage is [that] if you are billed as being funny, people laugh even if you say, 'The wall is white.' ... They don't want to not get the joke."

Read an excerpt of Starting From Happy