Accessibility links
Maximizing Your Workout With The Right Tunes Gym junkies can tell you the right routine and equipment is important — and so is the right music. Sports psychologist Costas Karageorghis says the tempo and pacing of the music you listen to while working out can have a big effect on athletic performance. 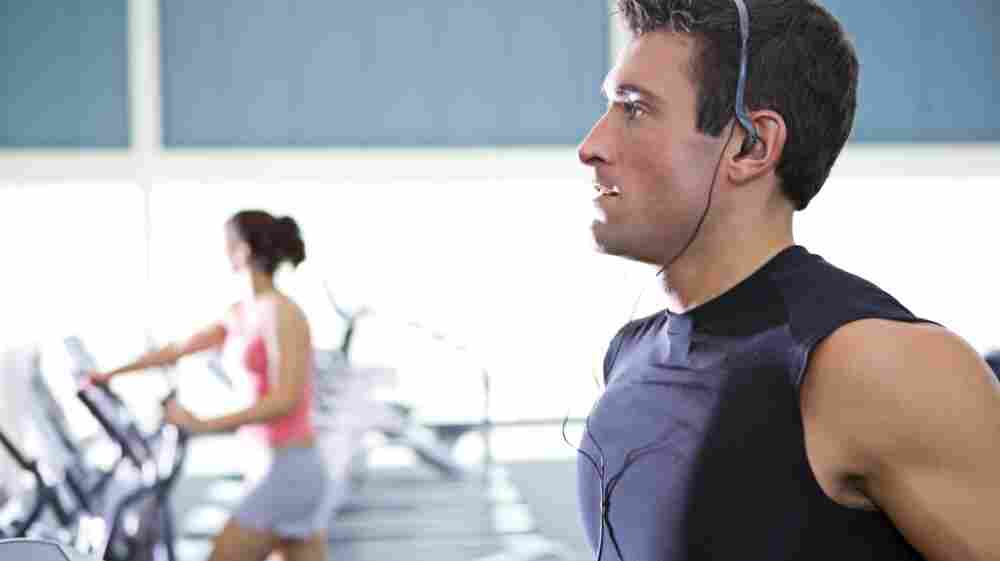 Music has become an essential component of a workout for many exercisers. Sports psychologists say the right music can help optimize an exercise routine. iStockphoto.com hide caption 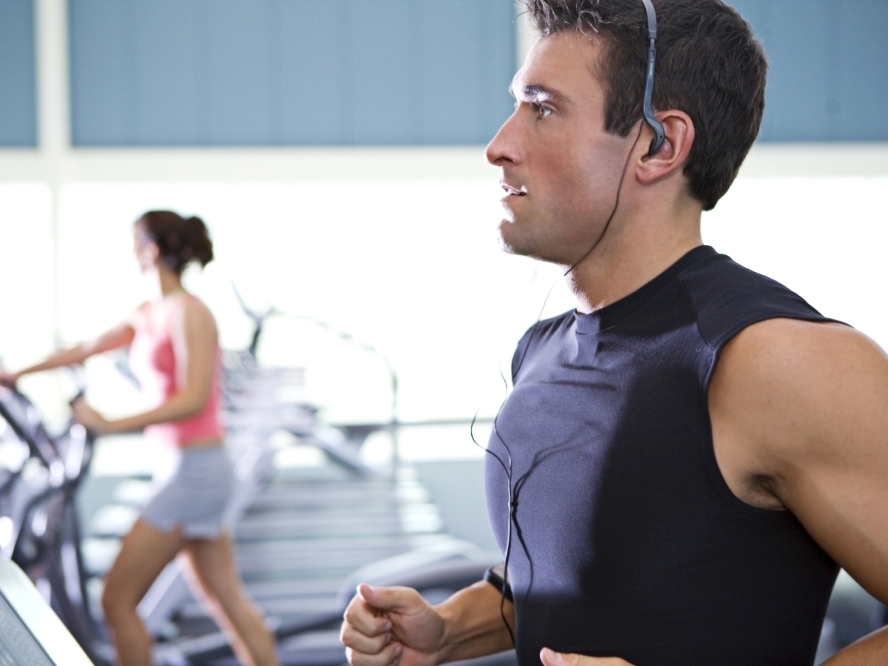 Music has become an essential component of a workout for many exercisers. Sports psychologists say the right music can help optimize an exercise routine.

Anyone who exercises regularly will tell you that the right routine, equipment and gear can help make for an optimal workout. And for many workout junkies, that ideal gear includes the right music.

Costas Karageorghis, deputy head of research at the School of Sport and Education at Brunel University in West London, has spent years researching the links between exercise, heart rates and music tempo.

His research has indicated that music can improve results, and certain songs are more effective for certain types of exercise than others.

"Research is helping us to get wise about how to optimize people's responses to music, and how to make the exercise experience more pleasurable," says Karageorghis, who also works with Nike, Sony and other companies, and has consulted with the music industry on several CDs of workout music.

"The ideal tempo should contour your heart rate when you're working out," Karageorghis tells NPR's Neal Conan. For best performance, he says, the tempo should actually vary depending on whether that music is playing in the background or directly in your ears through headphones.

"Background music typically will reduce an exerciser's perception of the effort they are expending by about 10 percent," Karageorghis says.

When there is no background music playing at the gym, or if someone is working out without headphones, Karageorghis says there's still a benefit to the music in your head.

"This has a pacing function, so they synchronize their movements to the tempo of the music," he says. "This has a workout-enhancing effect ... Imagining music is often just as effective as listening to it proper, in terms of neurological responses."

Our emotional ties to music can also help us perform our best, Karageorghis says. The lyrics to Kanye West's hip-hop hit "Stronger," "lifts the spirit, lifts the mood and gets people to push just that little bit harder," he says, even though the tempo isn't particularly fast.

And what about that quintessential workout song, the theme from the movie Rocky, "Gonna Fly Now" by Bill Conti?

"I think it's about perfect when you're priming yourself and getting ready for a workout," Karageorghis says. "Because we associate the music with Rocky Balboa's Herculean feats, and his training montage and his striving to overcome adversity — it almost brings out the hero in us."