Accessibility links
How To Help Your Child's Brain Grow Up Strong In a new book, neuroscientists Sam Wang and Sandra Aamodt detail how parents can help their children learn the ABCs and self-control. The book, Welcome to Your Child's Brain, explores how the human brain develops from infancy to adolescence. 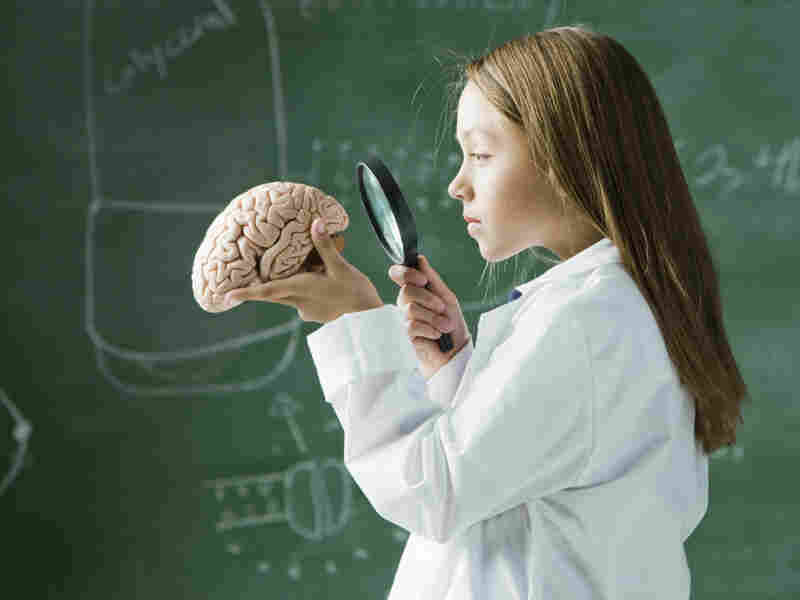 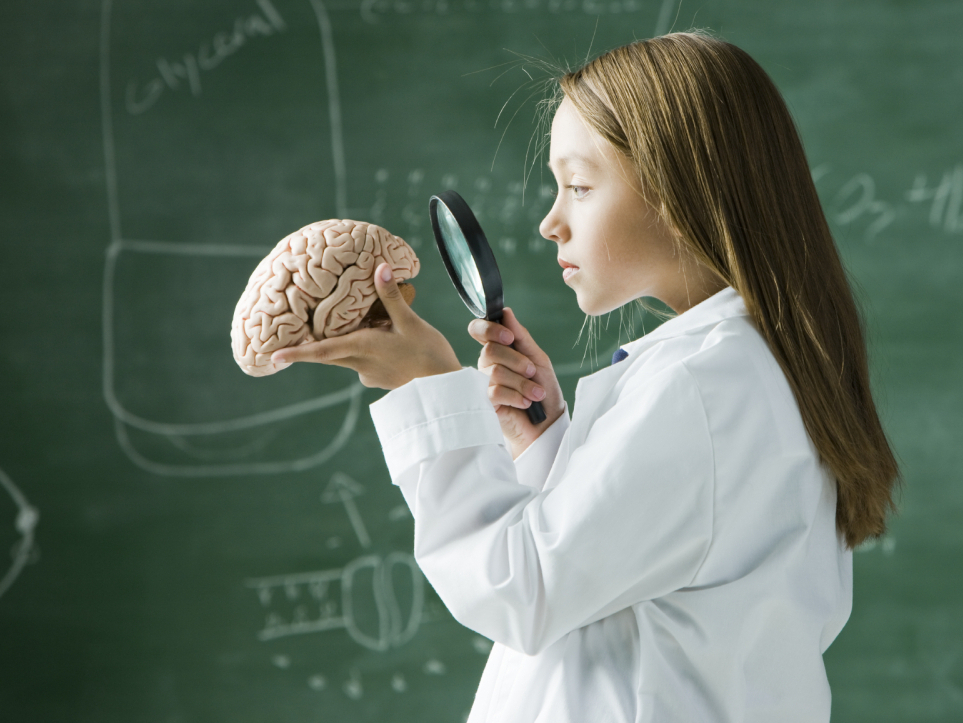 Babies may look helpless, but as soon as they come into the world, they're able to do a number of important things. They can recognize faces and moving objects. They're attracted to language. And from very early on, they can differentiate their mother from other humans.

"They really come equipped to learn about the world in a way that wasn't appreciated until recently," says neuroscientist Sandra Aamodt. "It took scientists a long time to realize that their brains are doing some very complicated things."

Aamodt and fellow neuroscientist Sam Wang explain how the human brain develops from infancy to adolescence in their new book, Welcome to Your Child's Brain. The two researchers also offer tips for parents to help their children eat their spinach, learn their ABCs and navigate elementary school. 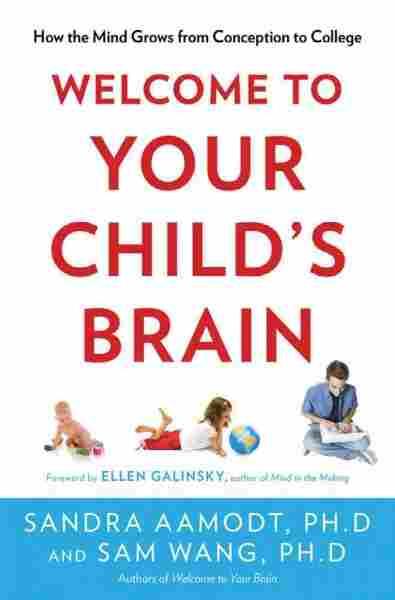 Welcome to Your Child's Brain

How the Mind Grows from Conception to College

Before all of those things, however, children have to learn how to talk. Babies can differentiate syllables and new sounds from very early on, but there are ways for parents to help their children develop their language skills faster and more efficiently.

"The most simple way is to talk to your baby and around your baby a lot," says Aamodt. "And the other thing that parents can do is to respond when the baby speaks, even if the baby isn't forming the words correctly or you don't understand it. Just act like some communication has occurred — smile and give the baby a little pat — and that encourages the baby to continue to try to communicate."

But because language is so social, says Wang, passive exposure to words really doesn't help babies learn in any way.

"For instance, videos that are often shown to babies containing language are not nearly so effective," he says. "In some cases, people try to teach babies language by showing them videos in a foreign language. It doesn't work very well at all because these are not social ways of exposing a child to language."

Parents should also realize that their children may reach certain intellectual milestones at different times — and that's OK.

And children who grow up in bilingual households have a distinct advantage over their peers.

"Kids who learn two languages young are better able to learn abstract rules and to reverse rules that they've already learned," says Aamodt. "They're less likely to have difficulty choosing between conflicting possibilities when there are two possible responses that both present themselves. They're also better at figuring out what other people are thinking, which is probably because they have to figure out which language to use every time they talk to somebody in order to communicate."

Aamodt and Wang also emphasize the importance of teaching your children self-control from an early age.

"This is really critical because there are so many things parents want to do when they read parenting books," he says. "They take steps to teach their children math or reading ... but a big thing we can do for our children is to do the best to foster the development of self-control and willpower. Self-control and the ability to restrain impulses is associated with success at every age, whether it means being able to read at age 4, or being able to restrain impulses at a later age, or even what your peers think of you in high school. At all of these ages, willpower and self-control is a stronger predictor of academic success than IQ."

When children are young, they can learn self-control by focusing on any fun activity — whether that means studying martial arts or playing with dolls and planning a make-believe tea party.

"It gives the child practice at planning and organizing a series of topics to achieve a desired goal," says Aamodt. "When you're planning a tea party, you can't be acting like a fighter pilot. You have to be acting like a lady having a tea party. So pretending is one of the earliest types of exposure most kids get to planning and organizing their actions. And the more you practice that, the better you're going to be at it."

Making sure your child has fun while learning self-control is vitally important. Aamodt and Wang recommend, for instance, telling your child to pretend he or she is protecting a castle instead of just saying, "Stand still."

"Taking advantage of a child's natural sense of fun is a terrific way to instill these things," says Wang. "This is not the kind of thing that works well if it's forced. It can be something as easy as pretending to guard the castle or playing a take-turns game where you say, 'I'm going to draw an ear on this piece of paper, and when you see an ear, then it's your time to listen. And if you see a mouth on this other piece of paper, then it's your time to talk.' So all of these things can be done in very simple ways — in ways that are often fun — and the more fun it is, the more likely the child is to pay attention for a longer period of time. These things are fun, they don't cost money, and anybody can do it."

Dr. Sam Wang is an associate professor of neuroscience at Princeton University. Dr. Sandra Aamodt is a former editor-in-chief of Nature Neuroscience. They are also the co-authors of Welcome to Your Brain: Why You Lose Your Car Keys but Never Forget How to Drive and Other Puzzles of Everyday Life.

On rewards vs. punishment

Dr. Aamodt: "With a child, you're not only concerned with getting a child to behave. You're also concerned with building a good relationship with your child. You want your child to think of you as a wonderful person to be around. You also don't want to teach our kids that the way we solve our interpersonal problems is with violence."

Dr. Wang: "One thing that's similar between how children and nonhuman animals learn best is the phenomenon of timeout, which has entered the lexicon as a means of getting a child to avoid doing something later. It comes from technical literature from which the long phrase is 'timeout and reinforcement,' which is if the kid does something undesirable, you simply take the child, go to the corner, and just sit there. And you don't say anything at all. You don't have to be negative. You don't have to mete out a punishment. You just have to say, 'Sit there for 3 minutes, and when I come back, we're done.' And then you forget about it and move on. This works at all ages."

On stress and pregnancy

Dr. Aamodt: "Stress is not good for babies. No ethics review board in the world would approve [an experiment] in which we deliberately damaged [pregnant women's] babies. But there are these so-called experiments of nature. One experiment that was done looked at women who had been evacuated from a hurricane in Louisiana when they were pregnant. What that study found was a substantially increased rate of autism in babies who had been in their fifth or sixth month of gestation at the time they fled the hurricane. The effect was stronger in cases where the hurricane was more dangerous."