Accessibility links
First Listen: Tony Bennett, 'Duets II' The lineup of guests on Duets II is the musical equivalent of the world's most dominant fantasy sports team: It's a veritable murderer's row of statistical monsters. It also features a touching highlight in "Body and Soul," Amy Winehouse's final performance. 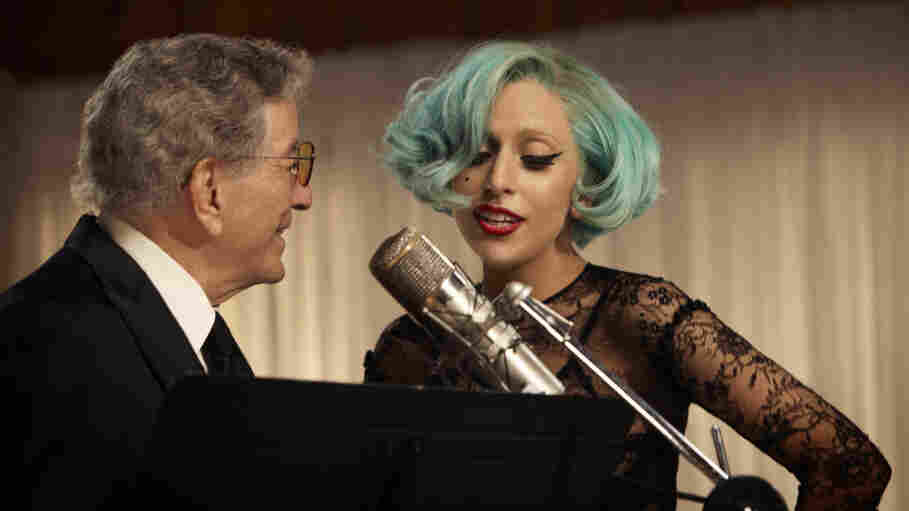 Tony Bennett and Lady Gaga perform "The Lady Is a Tramp" together on Bennett's new album, Duets II, out Sept. 20. Courtesy of the artist. hide caption 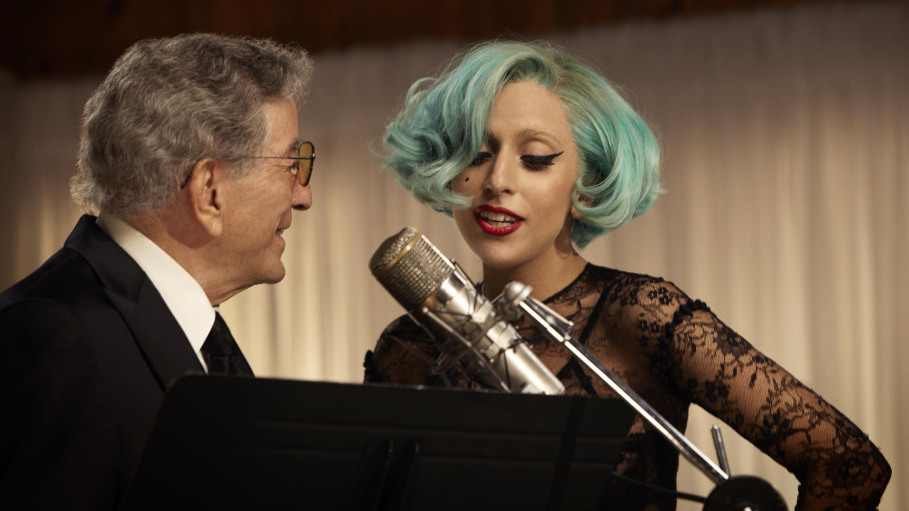 Tony Bennett and Lady Gaga perform "The Lady Is a Tramp" together on Bennett's new album, Duets II, out Sept. 20.

The lineup on Tony Bennett's Duets II (out Sept. 20) is the musical equivalent of a dominant fantasy sports team: It's a veritable Murderer's Row of statistical monsters. At 85, Bennett himself is one of the best-selling and most lavishly rewarded singers alive, and he's surrounded here by performers who measure their Grammy collections in armloads. Norah Jones. Sheryl Crow. Aretha Franklin. John Mayer. You'd almost think Bennett's 17 guests were cast based on number of Grammys won, until you notice the conspicuous absence of Alison Krauss, Bonnie Raitt and Metallica.

Naturally, everyone here — from traditionalists like Michael Buble and Andrea Bocelli to mischievous youngsters like Lady Gaga and the late Amy Winehouse — plays by Bennett's traditionalist rules. Gaga and Bennett may update a few of the references in "The Lady Is a Tramp" (available on this page starting Sept. 19), but their duet could otherwise have been unearthed from an era long before Gaga was born. In a lovely final performance, Winehouse unleashes her formidable and sometimes overlooked chops as a jazz singer; the result, "Body and Soul," is the unmistakable highlight of this collection.

An imposingly generous 17 tracks long, Duets II drags in its second half, particularly as the stone-serious likes of Josh Groban, Andrea Bocelli and Alejandro Sanz bellow grimly alongside Bennett's easy croon. But it's still a neat and appealing trick to let Bennett's loving and ageless act brush up against hitmakers of the recent past. These folks clearly respect the hell out of Tony Bennett, and listening to Duets II, their awe is contagious.