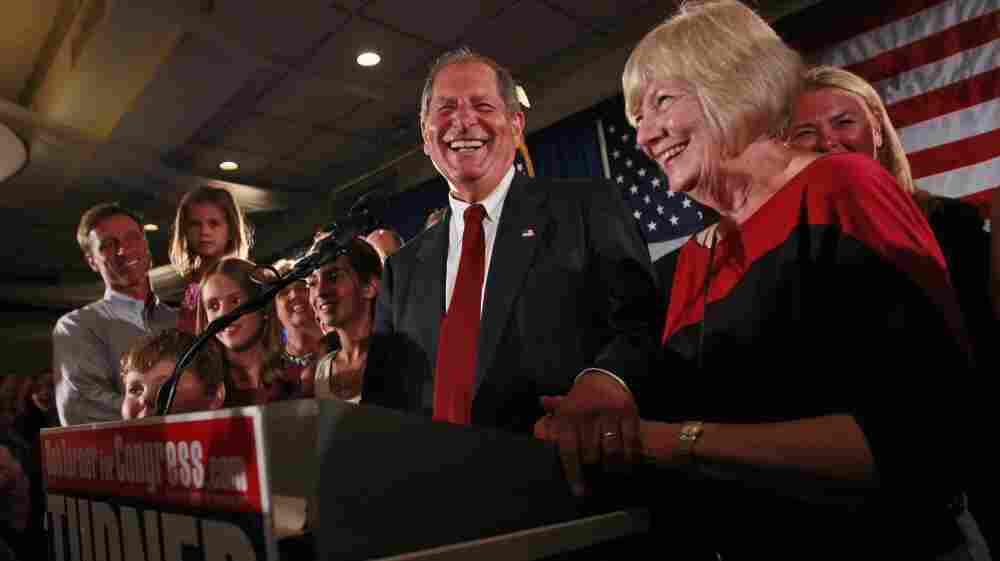 Bob Turner, center, joined by his wife Peggy, right, and family smiles as he delivers his victory speech during an election night party in New York. Turner says his shocking win in a heavily Democratic New York City district is a "loud and clear" message to Washington. Mary Altaffer/AP hide caption

Democrats hold a 3-1 registration advantage in the district that spans parts of Queens and Brooklyn. And they put scores of volunteers to work canvassing, but none of it was enough to stop Turner.

"We've been asked by the people of this district to send a message to Washington, and I hope they hear it loud and clear," Turner said in his victory speech shortly after midnight.

As he had throughout the campaign, Turner framed the result as a referendum on the policies of President Obama.

"We're ready to say, 'Mr. President, we are on the wrong track.'" Turner told the crowd.

It was less than a year ago that Turner, a retired cable TV executive, ran against Anthony Weiner, and lost by more than 20 points. Democrats hoped that support would carry over to state Assemblyman David Weprin. But those hopes had faded by earlier evening. 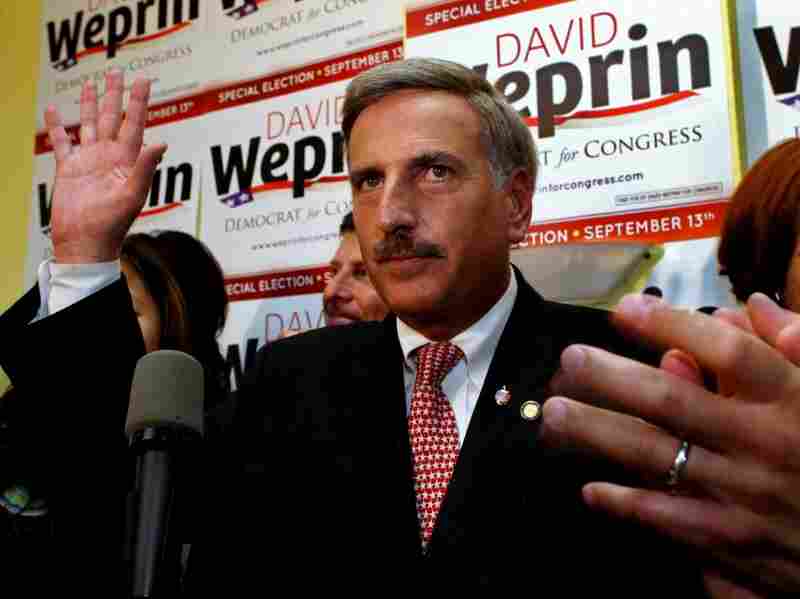 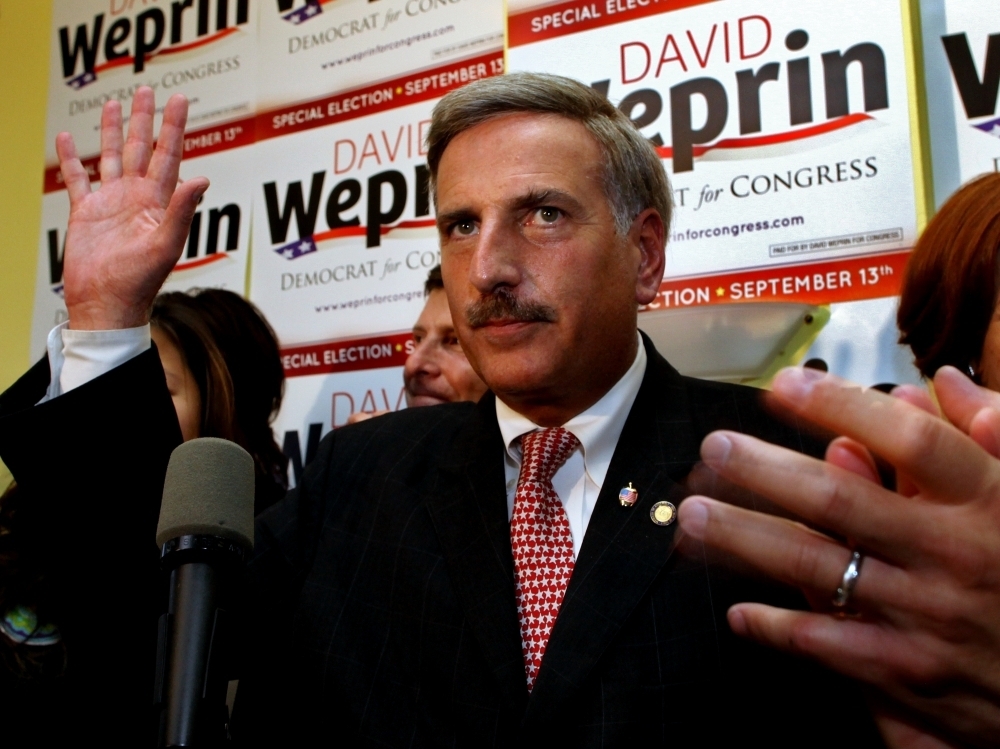 Weprin spokesman Anthony Hogrebe admitted the district is no slam dunk for Democrats.

"Keep in mind, President Obama only received 55 percent of the vote in 2008," Hogrebe said. "So it's not as democratic, or as sure of a democratic district as folks seem to think. That said, really what I think made the difference is, this is a special election. Special elections are always unpredictable."

The meaning of this special election will likely be debated well into 2012. But for some voters, it clearly was a referendum on the president.

"It's not based on Turner versus Weprin, a lot of it is anti-Obama," said Stuart Schnitzer, who lives in Forest Hills, Queens. He describes himself as a Democrat but he says he voted for Republican Turner because he's unhappy about the Obama administration's policy toward Israel.

"Hopefully my vote counts, and sends a message to Washington: Don't screw with Israel," Schnitzer said. "You have to choose your friends wisely. That's my opinion. A lot of people feel the same way."

Including Ed Koch, the former democratic mayor of New York City, who crossed party lines to endorse Turner. Koch said a Republican victory could influence the Obama administration to change its stance on Israel. But a lot of Democratic voters disagree.

"There may be some people that are voting against Weprin because they think they're voting against Obama," said Greg Stein of Forest Hills. "I don't buy it. I don't see that connection well at all."

Stein thinks voters in the district are angry about the economy, not the president's foreign policy.

"The people are really unhappy with the speed of the recovery," Stein added. "I don't think it has anything to do with national policy."

Other Democratic voters placed the blame for Weprin's defeat on the shoulders — or maybe the thumbs — of Weiner. The former congressman resigned in June after sending lewd photos and text messages and then lying about it.

"It's Weiner's fault," said Gary Brocks of Forest Hills. "He was completely irresponsible. People elect you to office, put their trust in you. You've gotta do better than that."

The seat may not stay in Republican hands for long. In fact, it could disappear altogether. New York state is set to lose two congressional districts next year, and this is expected to be one of them.