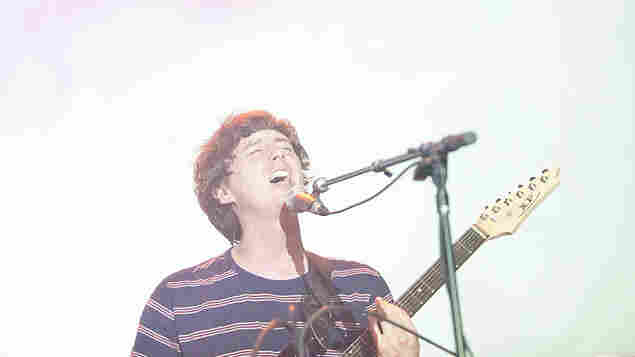 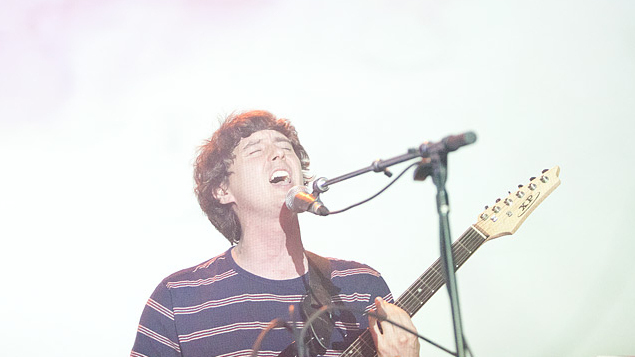 Sonically, this was one hell of a hypnotic show. Noah Lennox (a.k.a. Panda Bear, also of Animal Collective) served up dense layers of guitar and vocals, while special guest Peter Kember (a.k.a. Sonic Boom) added processed synths and samples and manipulated sequences. The two mostly performed a track-by-track version of Tomboy, Panda Bear's latest album, which was mixed by Kember. At this live concert, recorded at the Music Hall of Williamsburg in Brooklyn, N.Y., the two musicians never visibly acknowledged the audience — I think Lennox said "thank you and goodnight." There was no encore.

In spite of the lack of interaction with the audience, Panda Bear and Sonic Boom's concentrated intensity as they tried to reproduce Tomboy on stage was spectacular. It's an album built from layers over several months of toying around, and it seemed like a challenge for them on stage, but the result was a joy for the 800 or so who came to see this one-night-only show.

There were sound issues — some feedback problems and I'm sure other things that didn't go quite right — but this was an ambitious project, and for anyone lucky enough to be there, they were only a mild distraction on an otherwise magical night.