Accessibility links
For St. Vincent, Music Is The Easy Part After a difficult 2010, singer-songwriter Annie Clark says she regained her focus through the making of her new album as St. Vincent, Strange Mercy. 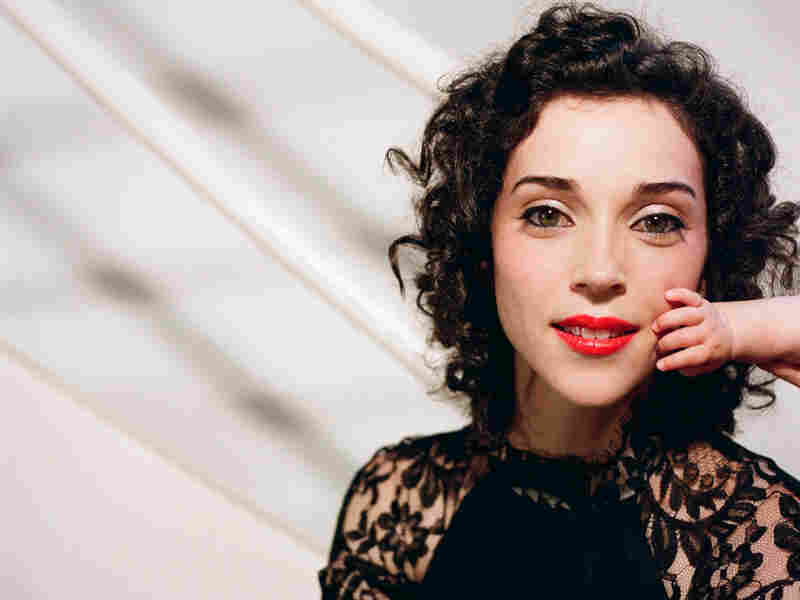 Annie Clark's songs, though anchored by her sweet vocals, often have an unsettling edge. Her latest album as St. Vincent is Strange Mercy. Tina Tyrell/Courtesy of the artist hide caption 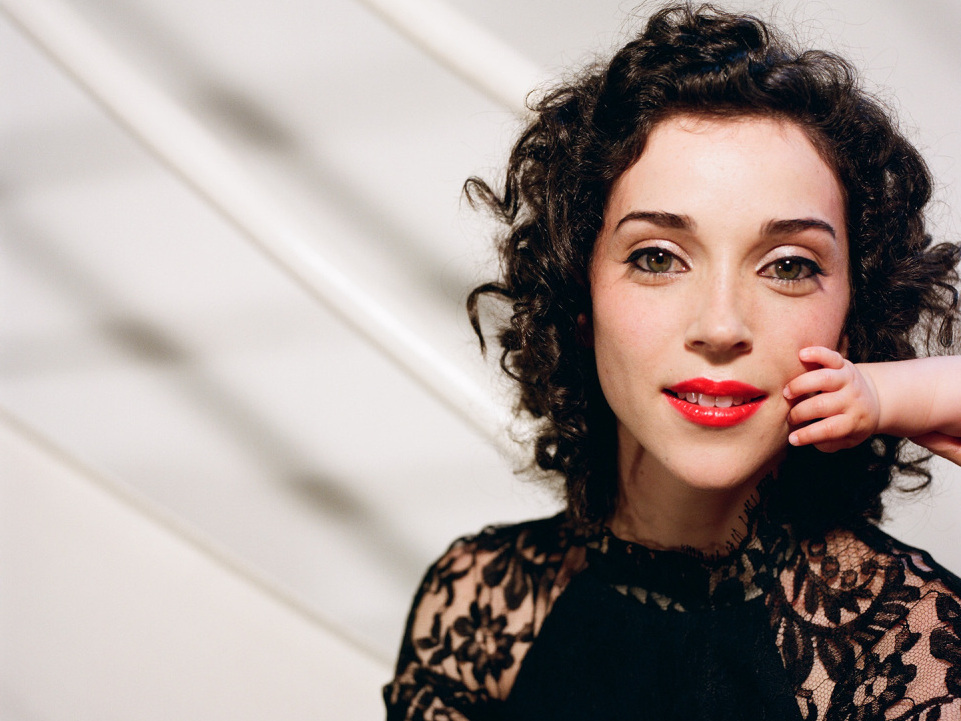 Annie Clark's songs, though anchored by her sweet vocals, often have an unsettling edge. Her latest album as St. Vincent is Strange Mercy.

Tina Tyrell/Courtesy of the artist

If you've ever wanted to unlock your emotions without really talking about them, Annie Clark understands. The 28-year-old musician performs under the name St. Vincent and has become known for layering her sweet voice over sometimes harsh, creepy electronic and guitar sounds.

Her newest album, Strange Mercy, is raw and revealing: It comes out of a difficult year for Clark and her family. Clark says, however, that while she does connect with personal issues in her songwriting, she prefers to let the music speak for itself.

"I think in some ways, it can do a listener a disservice to explain a song," Clark tells NPR's David Greene. "I think I'd rather leave a little room for people to put themselves in it."

That said, Clark is willing to unpack the occasional standout line. "Surgeon," a song from Strange Mercy that Clark has described as especially candid and close to her heart, contains the queasy couplet, "Best, finest surgeon / Come cut me open."

"I was reading Marilyn Monroe's journals," Clark says. "She wrote down the sentence, 'Best, finest surgeon — Lee Strasberg, come cut me open,' because she was studying with Lee Strasberg at the Actor's Studio at the time, and he was a tremendous mentor to her. And I just thought that was brilliant and really strange. I definitely wanted this particular song to sound like someone was kind of in a Benzedrine and white-wine coma — like a housewife's cocktail."

Clark says while 2010 was an emotionally rough year for her, she's not depressive by nature. Creating Strange Mercy, she says, helped remind her of that.

"This record kind of re-focused me. Life can be challenging and sad ... but music is the easy part," Clark says. "That's the thing that I love doing more than anything else, so I approached it that way. I didn't fuss over things too much; I just let this thing be what it wanted to be, and that was a release for me."