Accessibility links
'The Invisibles': Migrants Embarking On A Journey Of Grave Perils Thousands of Central Americans have tried reaching the U.S. border in hopes of better lives. When crossing Mexico, they've faced remarkable dangers. Actor Gael Garcia Bernal traveled to southern Mexico to capture these stories, compiled in The Invisibles, a collection of short documentaries. 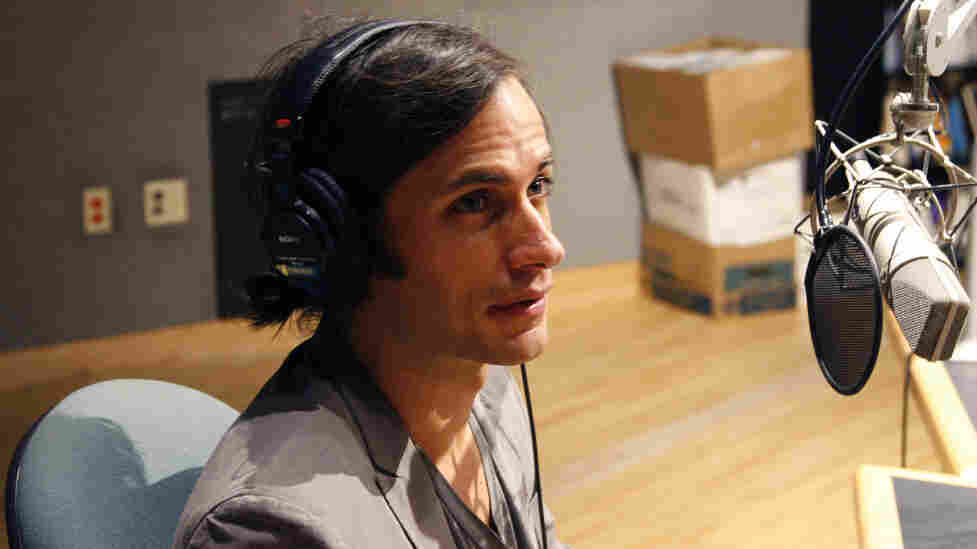 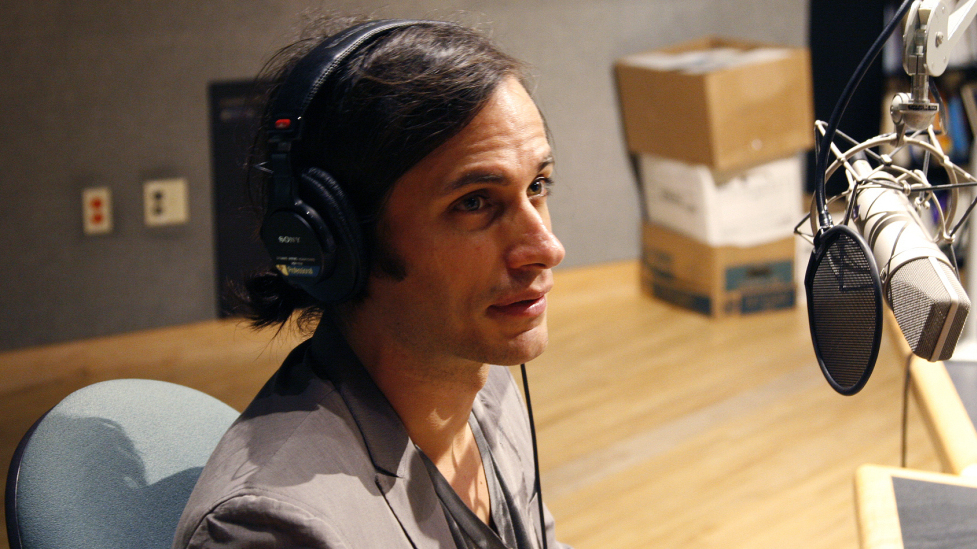 Actor Gael Garcia Bernal discusses The Invisibles, his collection of short documentaries, with Tell Me More at NPR headquarters in Washington, D.C.

Immigration, especially illegal immigration, is one of America's most contentious issues.

As individuals from Central America try reaching the U.S. border, they must take the perilous journey through Mexico. Many are targeted for robbery and sexual assault by warring drug gangs. Many are abducted by kidnappers, who then demand phone numbers or contacts of family members in the United States, intending to shake down relatives for as much money as possible. If such contact information cannot be produced, kidnappers kill the migrants in front of other migrants.

These stories are captured in The Invisibles, a series of short documentaries by Mexican actor Gael Garcia Bernal. He has starred in several celebrated films, including Y Tu Mamá También, Babel and The Motorcycle Diaries, and is the recipient of the 2011 Human Rights Award from the Washington Office on Latin America.

He joins Tell Me More host Michel Martin for an in-studio interview.

On his start with The Invisibles

"Amnesty International approached me ... and they were interested in doing something — a film — about these issues. And talking with them, [we] came up with a format for these films to have a life of their own. We didn't have the aid, the money nor the practicalities to do a long feature film about this. We needed something that was documented — we could finish it quickly and put it out there quickly."

Seaworld is part of Gael Garcia Bernal's collection of short documentaries, The Invisibles.

Six Out Of Ten is part of Gael Garcia Bernal's collection of short documentaries, The Invisibles.

What Remains is part of Gael Garcia Bernal's collection of short documentaries, The Invisibles.

Goal! is part of Gael Garcia Bernal's collection of short documentaries, The Invisibles.

On a migrant shelter volunteer saying the Mexican government is aware of criminal activities, but refuses to investigate and pursue perpetrators

"I think what he's saying is that it is so evident where the problem is ... that the government knows where most of the kidnappings occur. They [individuals crossing the border] are completely invisible, and they [individuals committing crimes] can do with them whatever they want. Their human rights are not documented, and nobody would know what could happen to them."

On stories that stuck in his mind

"When we did this journey, we did it six or seven months before this horrible massacre occurred, where 72 people were killed, and they were all migrants from different parts of Latin America crossing toward the United States. This brought light into this issue. This shed also light on other past massacres, past disappearances that had occurred. And this issue of kidnapping was something that, when we were shooting the film, was an incredibly big surprise for us. The migrants would tell us, 'Our biggest fear is that we would be kidnapped.' "

On the idea of freely crossing the border

"I'm not speaking in favor of complete free flow. Immigration is an issue that needs to be addressed so that it's not conflicted, so human rights are respected. It is a question ... 'Human rights — is it a leftist or a rightist position?' There's no position for human rights! Human rights should be respected."

On whether this documentary work has informed his film work

"Absolutely, and thankfully it has. It has given me an emotional feedback and an intellectual and spiritual feedback that I don't know where I would get it from. I think I've seen the best of humanity in terms of fraternity. The people that travel, that do this journey together, they are embarking themselves on the biggest adventure of their lives, and they are doing it for the better of their kids and their families. There is no other interest other than this. And of course, my heart goes into that situation, because we in Mexico right now, I would love if we could live not in a place where there's a lot of fear. There are a lot of people that have left Mexico out of fear, and it breaks my heart."

On his upcoming work

"I'm doing a documentary [on this subject]. It's hopefully going to find its own life. I don't have a clear idea on where it's going to head, but we will find something out of it. And the other thing is this film in Chile that is about the referendum when Pinochet was out of power, the famous 'yes' or 'no' referendum. It's [the forthcoming film] called No."

Their Own Words: GOP Candidates On Immigration Sept. 15, 2011