Accessibility links
New Programs Aim To Close The Wealth Gap The city of San Francisco is taking a step to even the playing field by offering public school kindergartners college savings accounts. It is part of a nationwide effort by government and nonprofit groups to address the widening wealth gap.

Part two of a two-part report.

The gap in the wealth of white families and what's owned by blacks and Hispanics has widened in recent years. Researchers say it will widen even more unless steps are taken to break what's become a vicious cycle — the rich getting richer and the poor struggling to keep from falling further behind.

Making It In The U.S.: More Than Just Hard Work

The city of San Francisco is taking one step to help even the playing field. Children entering the city's kindergartens are getting their own college savings accounts.

"It's all about building aspirations in that child's mind," says City Treasurer Jose Cisneros.

The city will deposit $50 in each account — $100 for those students who get free and reduced price lunches. Local nonprofits will match parents' contributions up to another $200.

The amounts are modest, Cisneros admits. But he says, in a city where many public school children are poor, it's more about the message than the money.

"When a child grows up and sees — 'Oh, look at this, concrete evidence, a college savings account, my name on it. That must mean I'm I going,'" he says. "And we wanted to bring that kind of success to San Francisco."

Kindergarten To College: The Fine Print

Who Can Contribute? The city will deposit $50 in each account, $100 for those students who get free and reduced price lunches. After the initial deposit from the city, students and their parents and guardians may make contributions to the account for as long as the student is enrolled in a city public school. In some cases, nonprofits will also match contributions.

How Much? Contributions to an account may not exceed $2,500 a year.

For What? Withdrawals may only be made for tuition, fees, books, supplies and equipment at private and public universities, community colleges and graduate and trade schools. Contributions not used after the student turns 25 will be returned to the student — except for that initial deposit. That goes back to the program.

— Source: The Kindergarten To College program

Right now, half the kindergarten classes are participating. Soon, it will be all of them.

This program is part of an effort nationwide by government and nonprofit groups to narrow the racial wealth gap. The Pew Research Center recently found that the median white household has net assets worth 20 times that of the median black household and 18 times that of a Hispanic family — assets such as housing, savings and investments, minus any debt.

Ben Mangan runs a nonprofit group in San Francisco called EARN, which helps low-income families save money for long-term investments, such as college, a home or business. He says the racial wealth gap itself is propelling the economic divide.

"The fact is, communities of color have less of the dollars across the generations and so they're at a disadvantage in their ability to invest in the things that would allow them to get ahead," he says.

His group has helped people such as 34-year-old Helena Edwards, who today lives in a three-bedroom condominium in the Bayview section of San Francisco. She bought the place about a year ago, after she, her partner, their daughter, a niece and a nephew came home one day to find an eviction notice on their door. 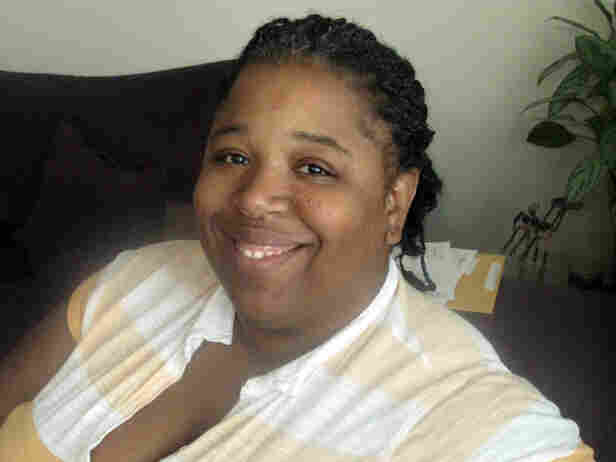 With the help of a San Francisco nonprofit, Helena Edwards was able to buy a home. The group helped her set up a matched savings account and also gave her financial advice. Pam Fessler/NPR hide caption 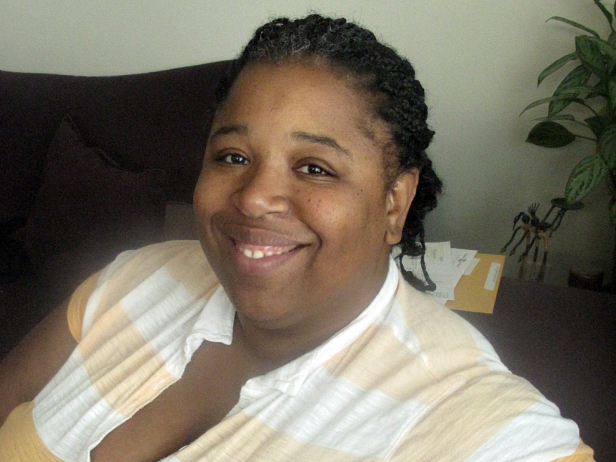 With the help of a San Francisco nonprofit, Helena Edwards was able to buy a home. The group helped her set up a matched savings account and also gave her financial advice.

"The apartment we was living at, the landlord went into foreclosure and he didn't tell us," Edwards says.

First, she got the eviction delayed. Then, with the help of EARN, she started a matched savings account for a down payment on a home. The group also gave her financial advice. Edwards grew up in foster care, and no one really showed her how to handle money, let alone how to buy a house.

"Lot of stuff that I never knew about. Never. I don't even know anybody who owned a house but one person," she says.

Edwards learned how to have money automatically withheld from her paycheck to put into a savings account. And she got her favorite tip of all — something she calls a "credit card condom" — to help control debt.

"It's a little envelope you put over your credit card and you write your goal," she explains. "Every time you use that credit card, you had to pull it out of that sleeve. So you got to read, 'Do I need this, or do I need to save for a house?'"

Now that she has her house, Edwards says she can focus on other things, such as finishing her college education.

Figures do not include home equity. The data is based on more than 2,600 families tracked by the study's researchers, Thomas M. Shapiro, Tatjana Meschede and Laura Sullivan. The researchers published their findings in a brief, "The Racial Wealth Gap Increases Fourfold."

Tom Shapiro of Brandeis University, who has studied the racial wealth gap extensively, says families that participate in these individual development accounts, as they're called, have shown promising results.

"Their foreclosure rates have been much lower. Their savings are much higher. Indicators around their children's education are much better," he says. "But we're talking about maybe thousands of families, not even tens of thousands in a state."

And there are millions who need help. These programs are also expensive, which make them difficult to fund at a time when government at all levels is stretched for resources. San Francisco's Kindergarten to College accounts will cost the city about $500,000 a year.

Shapiro says it will take a lot more than that to narrow a gap that's so firmly entrenched. He thinks one solution might be tax breaks to encourage low-income families to save more. Shapiro says that might offset the many tax breaks today — on things such as estates and investments — that tend to favor those who already have wealth and help to widen the economic divide.

Stuart Butler of the Heritage Foundation says another way to encourage more savings by low-income families might be for employers to automatically enroll people in savings plans — for things such as 401(k) plans — instead of waiting for them to sign up, which they often don't do. Once enrolled, he says, people are more likely to keep saving.