Accessibility links
Jane Lynch: A Life Of 'Happy Accidents' Jane Lynch tells David Greene that her career got a giant boost from a Frosted Flakes commercial, and her personal life benefited enormously from a letter she wrote and thought she might never choose to send. 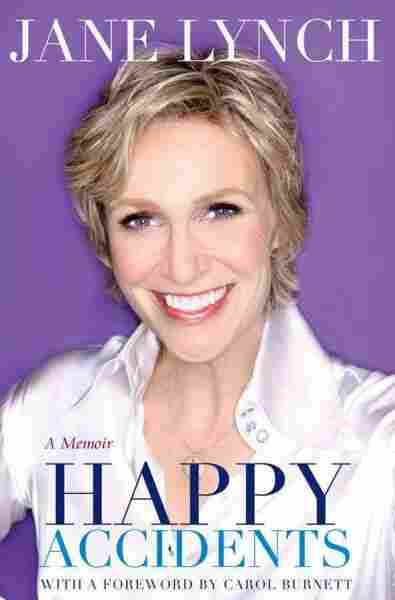 It's a big week for Jane Lynch. Her memoir, Happy Accidents, was released on Tuesday, and this Sunday night, she'll be hosting the Primetime Emmy Awards. And she's a reasonably good bet to pick one up, too: her second in a row for playing the scheming cheerleading coach Sue Sylvester on Fox's Glee. On Friday's Morning Edition, she talks to David Greene about her career, her book, and the difficult process of telling her parents she was gay.

Lynch learned perseverance early after she quit a school play in which she'd been cast because she was afraid of making mistakes. Despite the fact that wanting to be an actress was her "first conscious memory," she became so afraid of failing that she walked away from the project. "That is the last time I walked away from anything," she says. "I've been a yes person now for a long time." 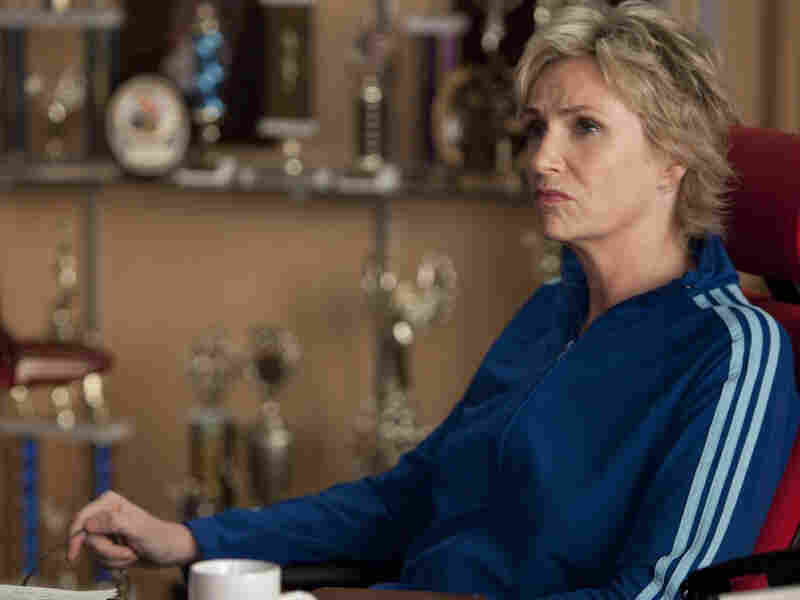 Jane Lynch plays the nasty Sue Sylvester on Fox's Glee, for which she won an Emmy Award in 2010. Adam Rose/Fox hide caption 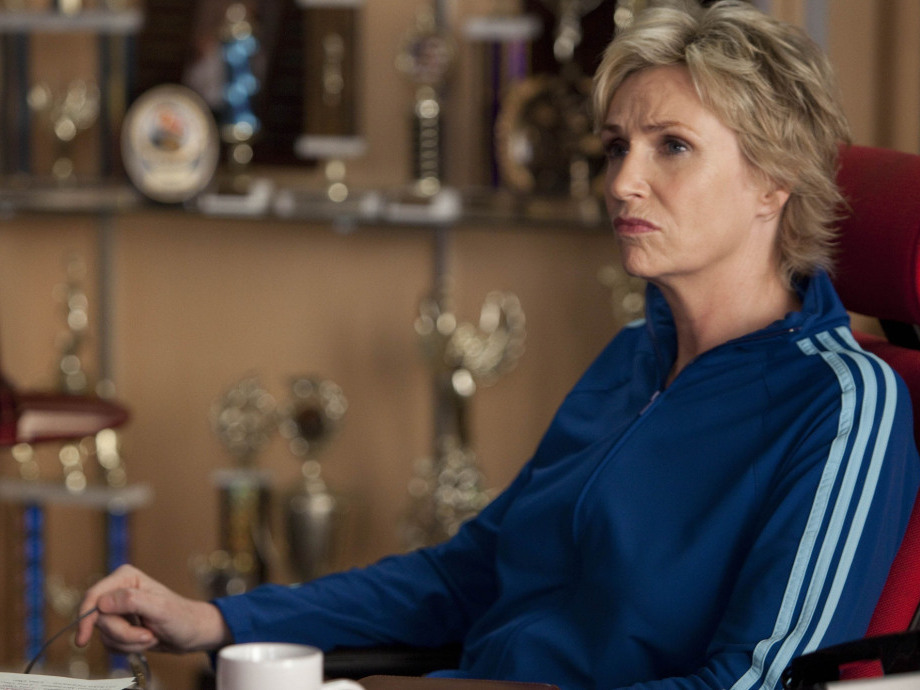 Jane Lynch plays the nasty Sue Sylvester on Fox's Glee, for which she won an Emmy Award in 2010.

One person to whom she eagerly said yes was director Christopher Guest, whose work on so-called "mockumentaries" like This Is Spinal Tap and Waiting For Guffman she already admired when she met him when he directed her in a commercial for Frosted Flakes. Lynch and Guest ran into each other again later, and he cast her in his 2000 film Best In Show, where she played one-half of a dog-showing couple opposite Jennifer Coolidge. She went on to appear in Guest's A Mighty Wind and For Your Consideration, as well as Judd Apatow's wildly popular The 40 Year Old Virgin, where she played Steve Carell's sexually accommodating boss who sings him what she says is a Guatemalan love song. As Lynch explains, though, the words come from a Spanish textbook and in fact vow to blame her mother for cleaning her room. 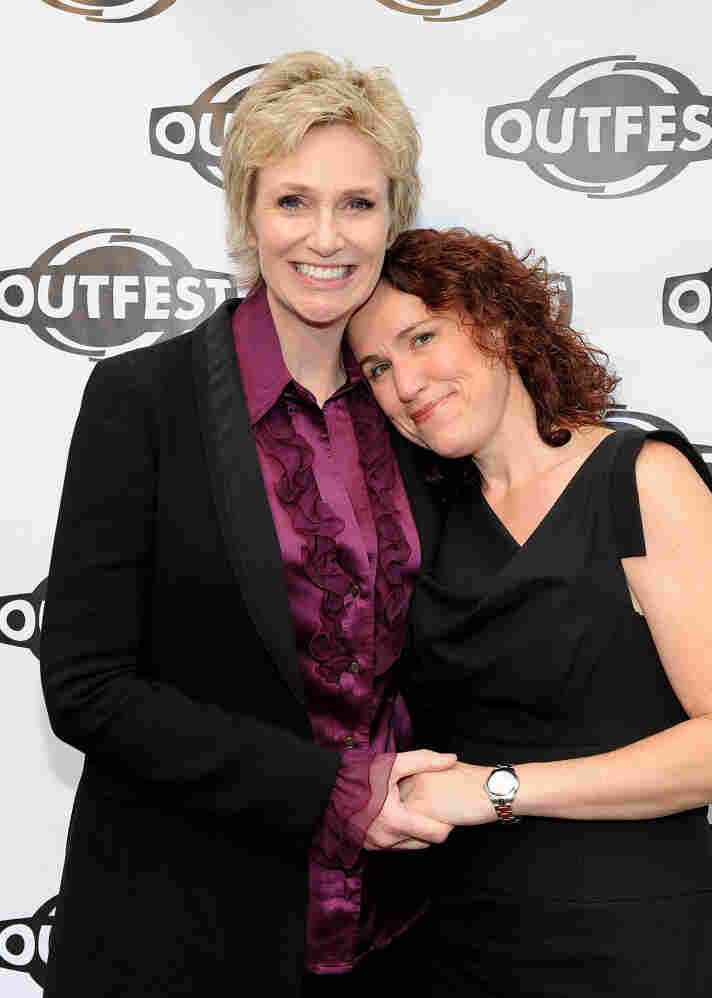 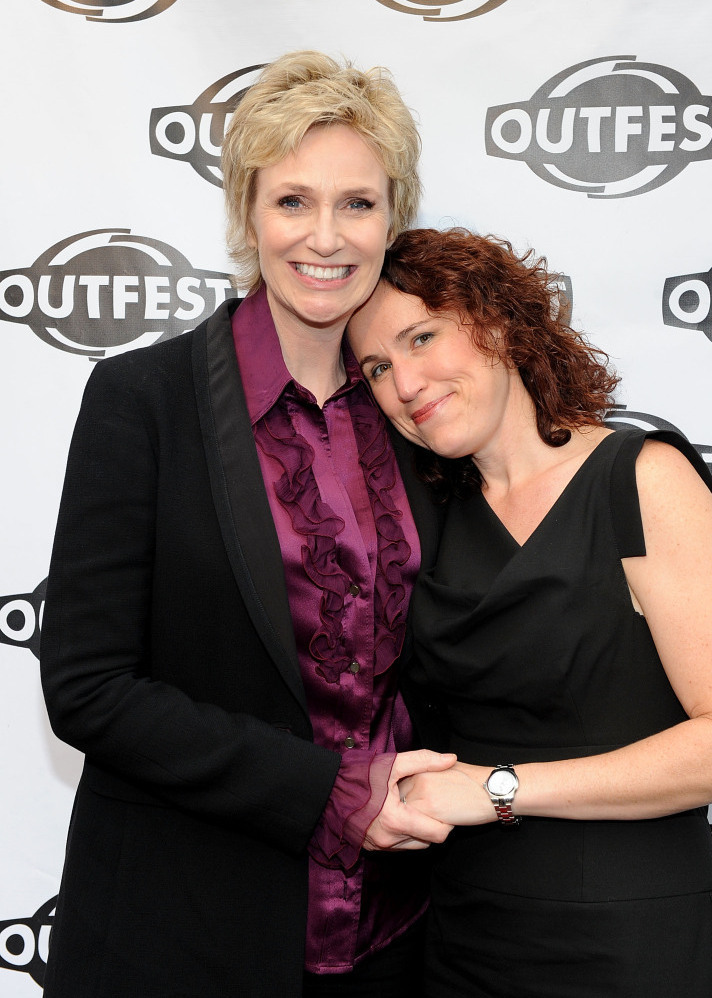 Jane Lynch and her wife Lara Embry were married in 2010.

But in spite of her many successes, Lynch says it wasn't easy for her when she told her parents she was gay. "I went to see a therapist," she says, "because I was just suffering so much over this alienation I felt from my family." The therapist convinced her to try writing her parents a letter, with the understanding that, of course, she didn't have to send it. But when she wrote it and the words came easily, she sent it after all — which, she says, was undoubtedly the point of the exercise.

As she cruises into her high-profile hosting gig this weekend, Lynch says she's learned a lot about how to approach her own limitations: "I think the most important thing is that it's not like I'm done growing and evolving, but I certainly have so much more compassion and kindness for myself, and I have cut myself some slack."

Read an excerpt of Happy Accidents