Accessibility links
Memories Of Grandma Silvia, And Slavery's Legacy At 16, Ellaraino visited her great-grandmother, Silvia, for the first time. And Silvia had plenty of stories to tell — about being a teenager, and seeing the Civil War, and slavery, come to an end. 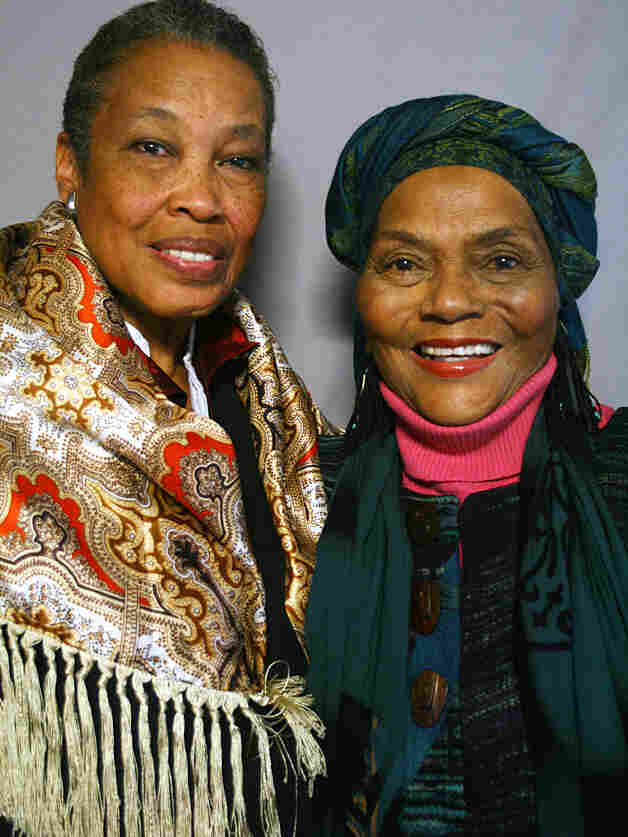 Ellaraino (right), spoke about her late grandmother with her friend Baki AnNur at StoryCorps in Los Angeles. StoryCorps hide caption 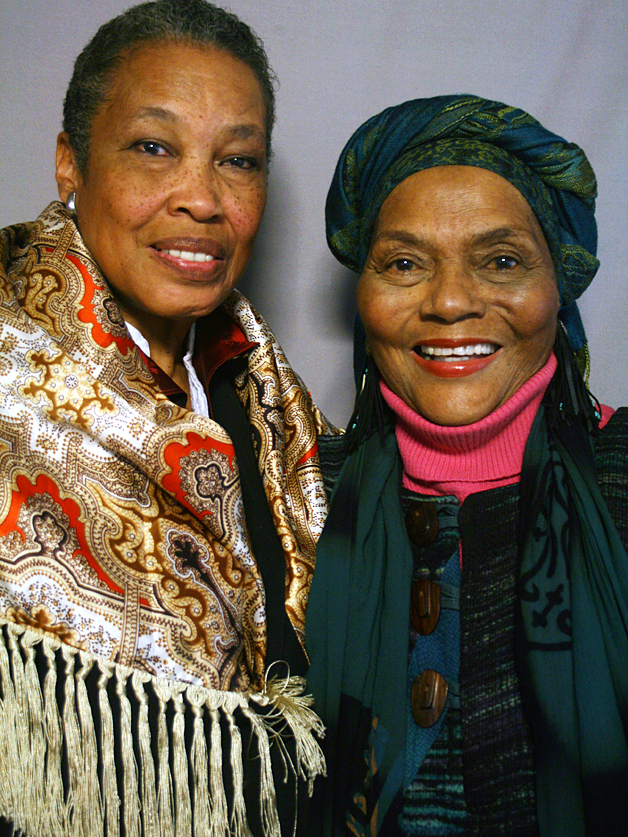 Ellaraino (right), spoke about her late grandmother with her friend Baki AnNur at StoryCorps in Los Angeles.

When she was 16, Ellaraino met her great-grandmother, Silvia, for the first time. And Silvia had plenty of stories to tell. She described being a teenager, much like Ellaraino — and seeing the Civil War, and slavery, come to an end.

That was back in 1955, when Ella Raino's family simply called her Ella. She would later go on to become an actress and storyteller, eventually combining her names into one.

As Ellaraino recalls, her family had several reasons for sending her on a trip. For one thing, she spent a lot of time thinking about her boyfriend — maybe a bit too much.

"I was in love with Tyrone. My relationship was heating up," she tells her good friend, Baki AnNur, laughing. "And my parents knew that, so they had to take charge."

Her mother told Ellaraino that she would be spending the summer not in Los Angeles, but instead in the South, far from Tyrone.

"And that's where I was going to be introduced to my great-grandmother, Silvia," she says. "She was 106 years old. And I just did not want to spend time with a senile old woman."

When she arrived in Farmerville, La., Ellaraino first spotted her great-grandmother on the front porch of a log cabin.

"She had a slender, you know, almost frail frame," she says. "But I still found her to be regal-looking. And at night, she would tell her stories."

Those stories included descriptions of what it was like to grow up as a slave — and to adjust to life after emancipation.

"When the Civil War ended, she was my age. She was 16," Ellaraino recalls Silvia telling her. "She said, even though she had freedom, not knowing how to read and write made her feel like a jigsaw puzzle with some of the pieces missing."

When Silvia was 85, Ellaraino recalls, "she said, 'It stops here.' She got help from grown-ups, and sometimes from children. And she would study on her own" to learn how to read and write.

"And then she told me that she had something special to show me," Ellaraino says. "She went to a cedar chest at the foot of her bed, and she opened it up. And when I saw what it was, I was wondering, 'Why is she bringing me this old, tattered church fan?'

"But when she turned it over — scrawled on the back of that fan, she had printed, "Silvia." She told me that when she could spell her name, that was when she got her freedom.

Audio produced for Morning Edition by Jasmyn Belcher. Recorded in partnership with KPCC.