Accessibility links
Foreign Policy: Out With Organic! Got Cheap Milk? As consumers flock to farmer's markets in droves, is it possible that we should be headed back to the supermarket instead? Foreign Policy's Charles Kenny explains why ditching your fancy, organic, locavore lifestyle is good for the world's poor. 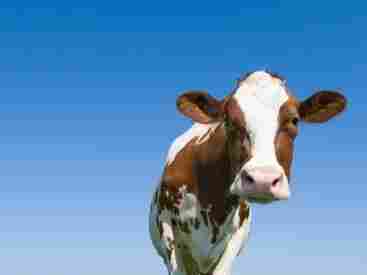 Read More About Food In The Global Marketplace

As the U.S. government starts planning budget reductions that will slash everything from defense spending to health care to bridge repair, potential cuts worth around 0.00025 percent of the value of the deficit reduction agreed on in the recent $2 trillion deal appear to have garnered outsized attention: support to farmers' markets. Those $5 million of subsidies are likely to disappear as part of cuts in the 2012 farm bill, and that is provoking much concern. The Farmers Market Coalition says the program is "a unique success story in America's agricultural policy." Perhaps it is no surprise: With supermarket chains from Whole Foods to Safeway trumpeting their healthy produce from farmers just down the road, buying local and eating non-genetically modified organic food is surely the best thing for you and the planet. And that's something government should get behind, right?

Actually, no — these First-World food fetishes are positively terrible for the world's poorest people. If you want to do the right thing, give up on locavorism and organics über alles and become a globally conscious grocery buyer. This should be the age of the "cosmovore" — cosmopolitan consumers of the world's food.

Let's start with genetic modification (GM) — where genes from one organism are spliced into those of another by scientists in a lab. Poland's agriculture minister, Marek Sawicki, recently called for an EU-wide ban on the growth or import of GM produce. But why new crops labeled GM should be more of a risk than new crops bred in the "traditional" manner — which often involves bombarding seeds with radiation to promote mutations — is a little unclear. It shouldn't come as a surprise that when the European Commission Research Directorate-General released a survey in 2001 of 81 studies on GM, human health, and environmental impact, not one of the studies found any evidence of harm. The World Health Organization recently confirmed that "no effects on human health have been shown" from eating GM foods.

Worries remain, though, in no small part due to the lack of major, rigorous analyses and the unwillingness of seed producers to share data. Of course, many GM crops have failed to deliver as advertised, and even in the best of cases they are certainly no panacea.

But there have also been successes — involving significant, positive impacts on environmental and financial outcomes. For example, economists Graham Brookes and Peter Barfoot of Britain's PG Economics estimated that countries that adopted GM insect-resistant cotton saw a 13.3 percent increase in the value of their 2005 cotton crop, as well as a 95 percent reduction in the use of insecticides. There is every reason to do more research and testing on both the threats and potential benefits of GM, but there's no reason to demonize it.

What about "local"? Perhaps locally grown produce tastes better to some people. And perhaps it is psychologically better to have close contact with the people who grow your food. But that doesn't make it good for the environment. For example, it is twice as energy efficient for people in Britain to eat dairy products from New Zealand than from domestic producers. It is four times more energy efficient for them to eat lamb shipped from the other side of the world than it is to eat British lamb. That's because transporting the final product accounts for only a small part of the energy consumed in the production and delivery of food. It's far better to eat foods from places where production itself is more efficient. For example, New Zealand cattle eat clover from the fields while British livestock tend to rely on feed — which itself is often imported.