Accessibility links
Miami Invaded By Giant, House-Eating Snails A Miami neighborhood has been invaded by giant African land snails, 10-inch long creatures that eat everything from garbage to the stucco on the sides of houses. "It's us against the snails," says the local official leading the eradication effort. 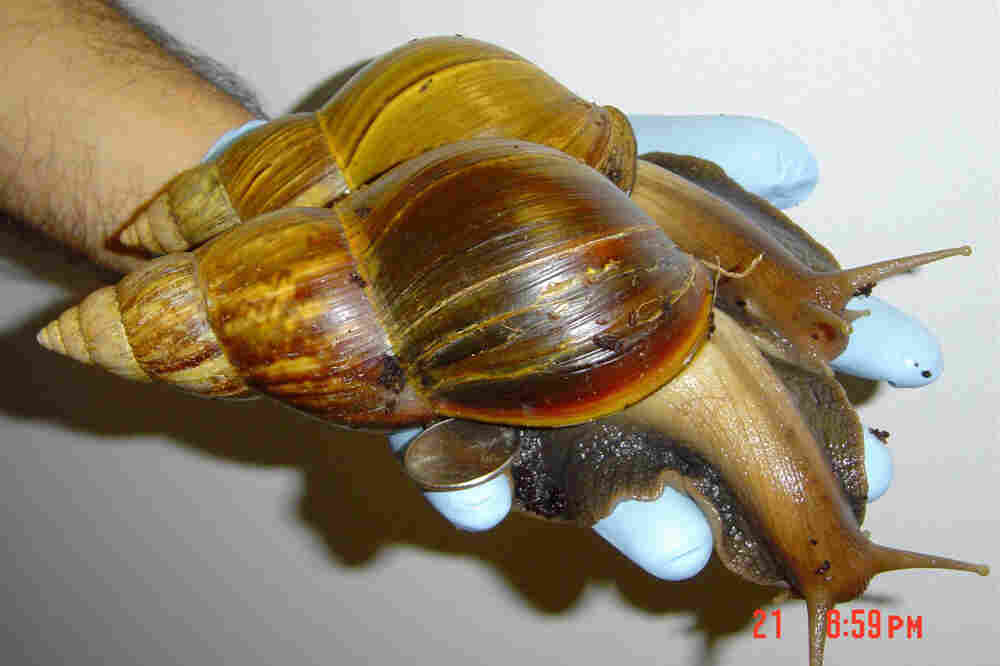 A worker displays two giant African land snails. For the third time since 1966, the snails are invading the US. Bobbi Zimmerman /AP hide caption 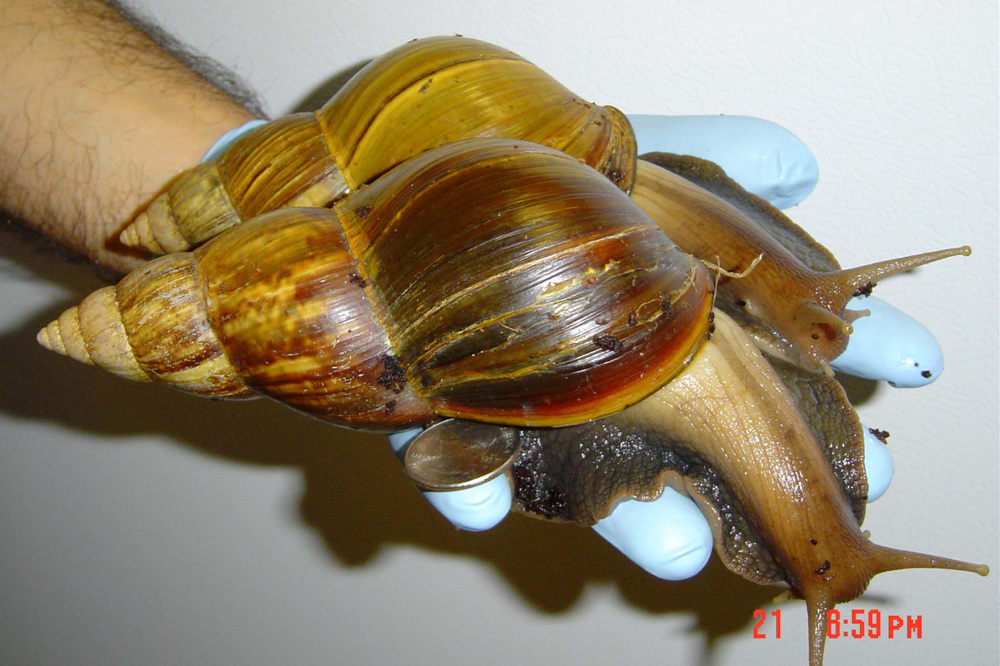 A worker displays two giant African land snails. For the third time since 1966, the snails are invading the US.

In southwest Miami, a small subdivision is being called "ground zero" of an invasion by a destructive, non-native species.

"It's us against the snails," Richard Gaskalla, head of plant industry for Florida's Department of Agriculture and Consumer Services, tells weekends on All Things Considered host Guy Raz.

That's the Giant African Land Snail, to be precise. They can grow to be 10 inches long. They leave a slimy trail of excrement wherever they go. They harbor the microscopic rat-lung worm, which can transmit meningitis to humans. And they will literally eat your house.

Giant African Land Snails are restricted in the US. Gaskalla says people often smuggle them into the country in their pockets, because they make popular novelty pets.

"Back in 1965 we had an introduction that was traced back to an elementary-aged child that had put two of them in his pocket in Hawaii and brought them back to Miami," Gaskalla says. "Seventeen-thousand snails, a million dollars, and ten years, we eradicated them."

A more recent introduction several years ago was traced to small religious sects in Miami, where the snails are believed to harbor healing properties.

"A young woman had come in with some stomach ailments, and her mother said she had been fed the juices of a live snail as a healing rite," Gaskalla says.

"That's not in my medicine chest," he adds.

Authorities are asking residents not to handle the creatures. Anyone who finds a suspicious snail is advised to call the Department of Agriculture and Consumer Services help line at 888-397-1517. Workers or volunteers will ID and collect the snails before taking them to be killed in a freezer.

"That's sort of a kinder, gentler way to get rid of them," Gaskalla explains.