Accessibility links
Fatherhood, Not Testosterone, Makes The Man A new study says that when men become fathers, our testosterone levels drop. Like a brick. I doubt that many fathers are surprised.

A study this week in the Proceedings of the National Academy of Sciences says that when men become fathers, our testosterone levels drop. Like a brick.

Dr. Lee Gettler at Northwestern University checked the testosterone levels of 624 Filipino men when they were 21 and brimming.

But five years after becoming fathers, their testosterone levels had dipped as much as 34 percent. The steepest decreases occurred among men who reported that they spent time caring for and palling around with their children.

"There's something about being an active father that's contributing to these dramatic declines," said Dr. Gettler, who headed the study.

Testosterone is a hormone that promotes male characteristics including musculature, libido, body hair and eating food directly out of a pan over the sink when your family is away.

Human beings have hormonal changes at different stages of life. Men preen, crow, scratch and fan our feathers when we're young to attract a mate. Some of the doctors involved in the study suggest that fathers — or any male caring for a child — may undergo hormonal changes to help them be more considerate, patient parents. 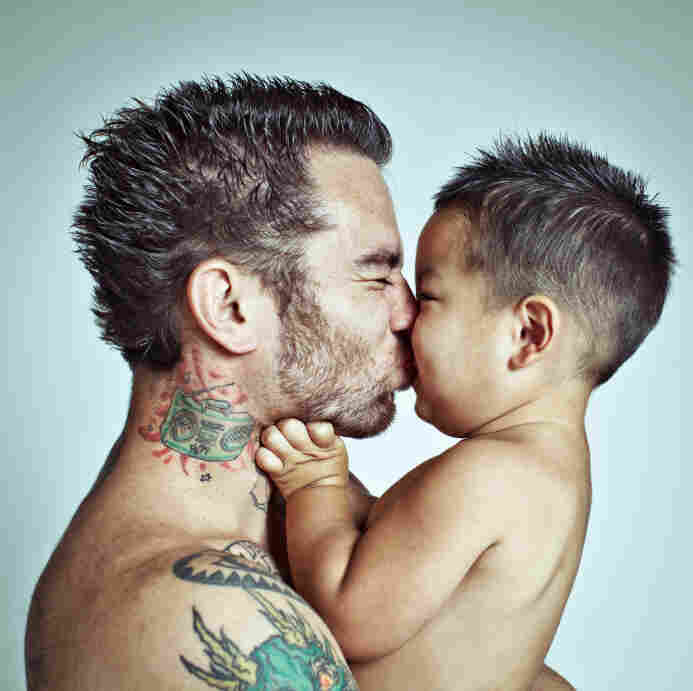 A new study says that being a father can change you. iStockphoto.com hide caption 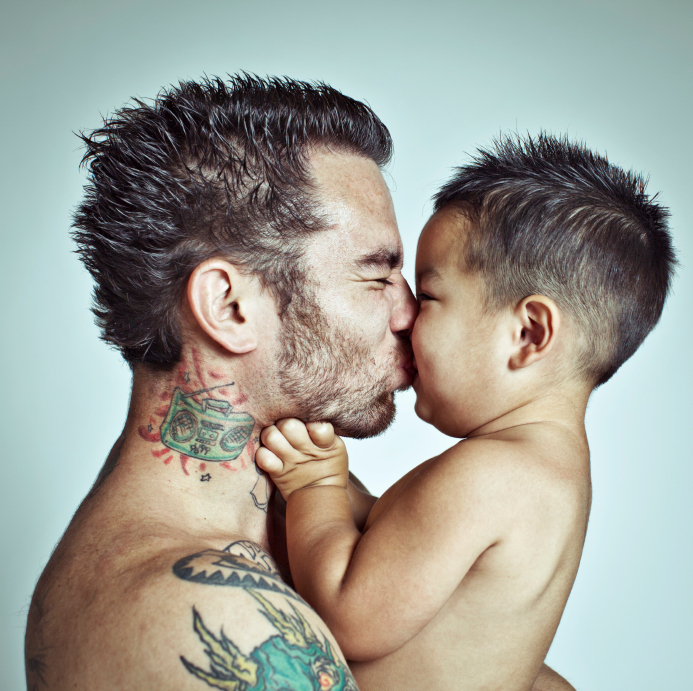 A new study says that being a father can change you.

Cues like, "Is that a mashed banana baby food stain on your tie?"

I doubt that many fathers are surprised by the study. It's not that fathers feel less vital, libidinous or badda-badda-bing! In most ways, you feel happier and more fulfilled.

But every time you hear yourself say, "Do we have our widdle blankie?" or step on a toy on your way to the bathroom in the middle of the night, or imitate Elmo saying, "Go to sleep!" you can almost hear your testosterone level dwop — err, drop.

Before you become a father, you dream about frolicking on a beach and romance. You become the father of young children and daydream about getting a good long nap.

Northwestern anthropologist Christopher Kuzawa noted, "You don't need a lot of testosterone to have libido," and a doctor at the Wisconsin National Primate Research center says she's found that daddy marmosets also have lower testosterone counts. They sire dozens of offspring.

But when you start comparing fathers to cute little marmoset monkeys, not lions and stallions, you know something has changed.

For most fathers, losing a few jots of testosterone is a trifling sacrifice for the huge joys of children.

Besides: think how depleted Brad Pitt must be.