Accessibility links
Resistance Training For Your 'Willpower' Muscles In their new book Willpower, psychologist Roy Baumeister and science writer John Tierney explore the science of self-control. Willpower is a limited resource, they say, but with practice and persistence, you can harness "the greatest human strength." 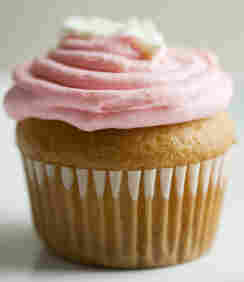 Do not eat this cupcake. iStockphoto.com hide caption

Look at that cupcake. Doesn't it look delicious? Don't you want to eat it? Well, don't.

The power to resist temptation — to pass up dessert, to endure an unpleasant experience, to defer satisfaction — is our "greatest human strength," argue psychologist Roy F. Baumeister and science writer John Tierney in their new book, Willpower. The book delves into the science of our age-old struggle with self-control.

"The Victorians talked about this vague idea of it being some form of mental energy," Tierney tells NPR's Audie Cornish. "In the last 15 years we've discovered that it really is a form of energy in the brain. It's like a muscle that can be strengthened with use, but it also gets fatigued with use."

Whether you're resisting a favorite food or completing a dreaded task, exercising self-control in different areas of your life saps the same mental energy source. Many dieters employ the out-of-sight-out-of-mind technique of hiding desirable food — and studies show there's something to it. 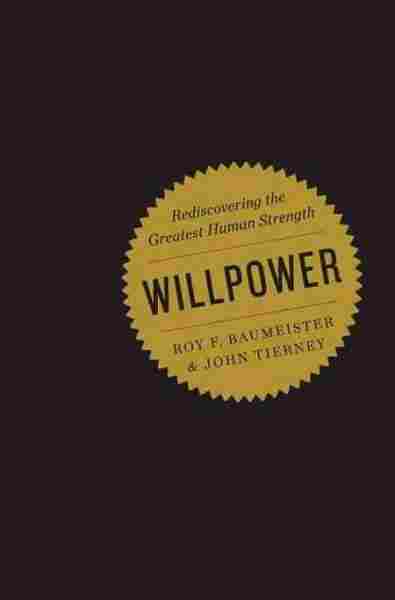 "Just putting food where you can see it next to you depletes your willpower," Tierney says. "Whereas putting it away in a drawer or putting it across the room makes it easier for you because you're not actively resisting the temptation."

One of the most well-known studies found that hungry students who were forced to resist the temptation of eating chocolate chip cookies did not perform as well on subsequent tests of focus and self-control as students who had not been asked to previously exercise restraint.

"You only have a finite amount [of willpower] as you go through the day," Tierney says, "so you should be careful to conserve it and try to save it for the emergencies."

Exhausting your mental energy is a process that researchers call "ego depletion." Decision-making taps into the same energy reserves as self-control.

"You don't think of decision-making as necessarily being like resisting temptation, but it is," Tierney says. "It involves the same kind of mental energy, the same source of mental energy."

If you want to know when you're experiencing ego depletion, you're pretty much out of luck. Tierney says scientists searched the data for symptoms of self-control fatigue and came up empty.

"Basically, it's that everything feels more intensely to you," Tierney says. "Good things and bad things. You suddenly feel everything a little bit more intensely because your brain has lost some ability to regulate emotions, and so you therefore respond more strongly to everything."

More On The Science Of Self Control

In the short term, self-control is a limited resource. But over the long term, it can act more like a muscle. Tierney cites one study in which students were asked to watch their posture for a week. At the end of the week, those students performed better on self-control tasks — tasks that had nothing to do with sitting up straight — than students who had not been exercising control all week.

So when it comes to willpower, if practice doesn't make perfect, then at least it makes progress. Tierney says people who exercise their willpower frequently often have better self-control — observant religious people, are a good example, he says. "Most religions have prayers you say, exercises, meditations you do, all those things build up that self-control."

Read an excerpt of Willpower

There are plenty of secular ways to build up your willpower, too. "Not using contractions when you speak, only speaking in complete sentences, saying no instead of nah, don't use profanities ... all these things require mental effort," Tierney says. "And the more you do that, the more it builds up that muscle."