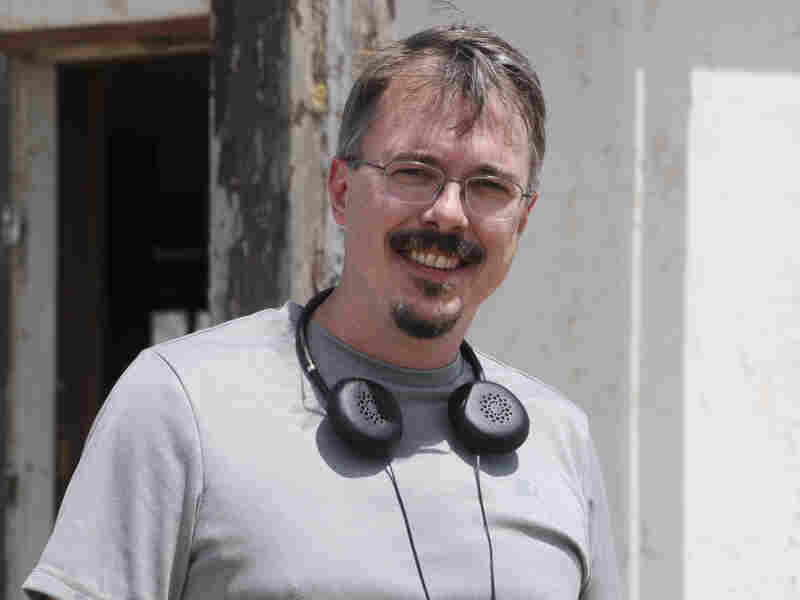 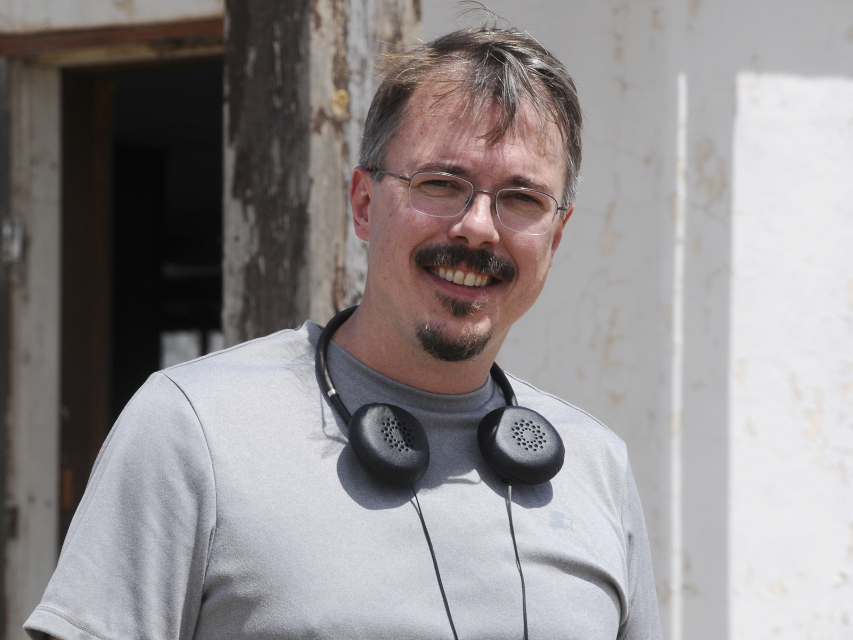 The AMC drama Breaking Bad stars Bryan Cranston as Walter White, a high school chemistry teacher who has fallen into some financial trouble. When White learns he has terminal lung cancer, something inside him snaps, and he decides to use his familiarity with lab equipment to provide for his medical expenses as well as his family's future: He teams up with a former student, played by Aaron Paul, and starts dealing crystal meth.

Breaking Bad was created by Vince Gilligan, who previously worked as a producer and writer on The X-Files. He tells Fresh Air's Terry Gross that he isn't quite sure where the idea for his critically acclaimed show came from.

"I suspect it had something to do with the fact that when I came up with the idea for Breaking Bad, I was about to turn 40 years old, and perhaps I was thinking in terms of an impending midlife crisis," he says. "To that end, I think Walter White, in the early seasons, is a man who is suffering from perhaps the world's worst midlife crisis."

Because Walter's midlife crisis involves cooking and distributing meth, Gilligan had to learn a lot about chemistry — and the drug trade — to convincingly write the show's dialogue.

"[Because] Walter White was talking to his students, I was able to dumb down certain moments of description and dialogue in the early episodes which held me until we had some help from some honest-to-god chemists," says Gilligan. "We have a [chemist] named Dr. Donna Nelson at the University of Oklahoma who is very helpful to us and vets our scripts to make sure our chemistry dialogue is accurate and up to date. We also have a chemist with the Drug Enforcement Association based out of Dallas who has just been hugely helpful to us."

Aaron Paul: 'Breaking Bad' Star Is Not Dead, Yet

But there's no firsthand knowledge of meth addictions on set, says Gilligan. For that, he turned to books written by recovering addicts and lunch meetings with former drug dealers.

"My writers and I took a former drug dealer to lunch and picked his brain for a couple of hours," says Gilligan. "I think he was moving large quantities of marijuana — not methamphetamine — but a lot of the same general philosophies apply to both in the sense of: How do you stay one step ahead of the police? How do you launder large quantities of cash? So things such as that, we seek professional help — just as we do with the chemistry."

The larger story in Breaking Bad is about more than just drugs, says Gilligan. It's about a man who finds himself entering a life of crime without any idea of how that life works. Or, as Gilligan wrote in his pitch to AMC: "You take Mr. Chips and turn him into Scarface."

Now that Walt's been turned from a mild-manned high school teacher into a hardened criminal, Gilligan says some surprises are in store for the series' final season as the writers come up with even darker scenarios for Walt.

"There will be 16 more episodes in Season 5. How much darker can Walt get? Is his journey complete — his journey along that arc from good guy to bad guy? At this point, it's a tricky thing to answer," he says. "Probably a casual viewer to the show might think [the show is] about morality or amorality. I suppose that there are things that Walt does probably need to atone for — and perhaps he will, when it's all said and done."