Accessibility links
HPV Vaccine: The Science Behind The Controversy Some public health experts believe vaccinating girls as young as 11 against HPV is crucial to preventing cervical cancer later in life. But some parents struggle with the decision to get their daughters vaccinated because the virus is sexually transmitted. 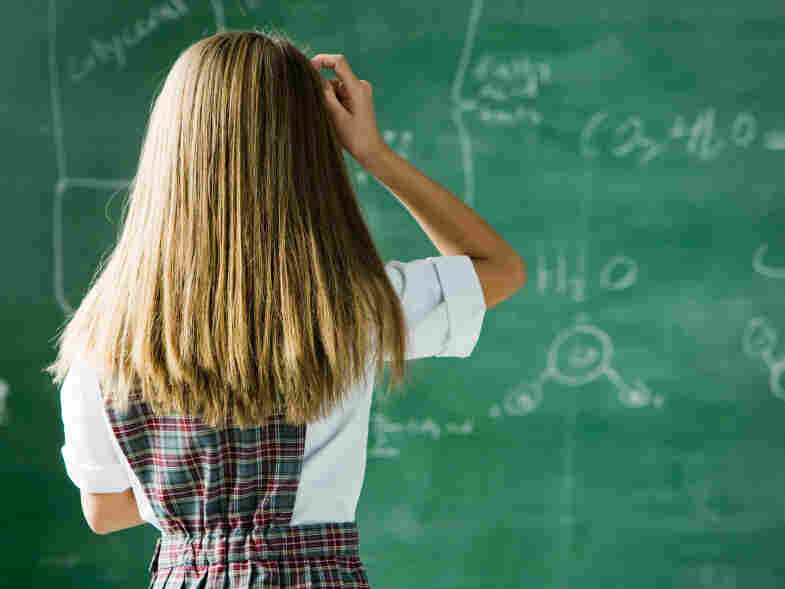 Experts disagree about whether girls as young as 11 should get the HPV vaccine. Mike Kemp/iStockphoto.com hide caption 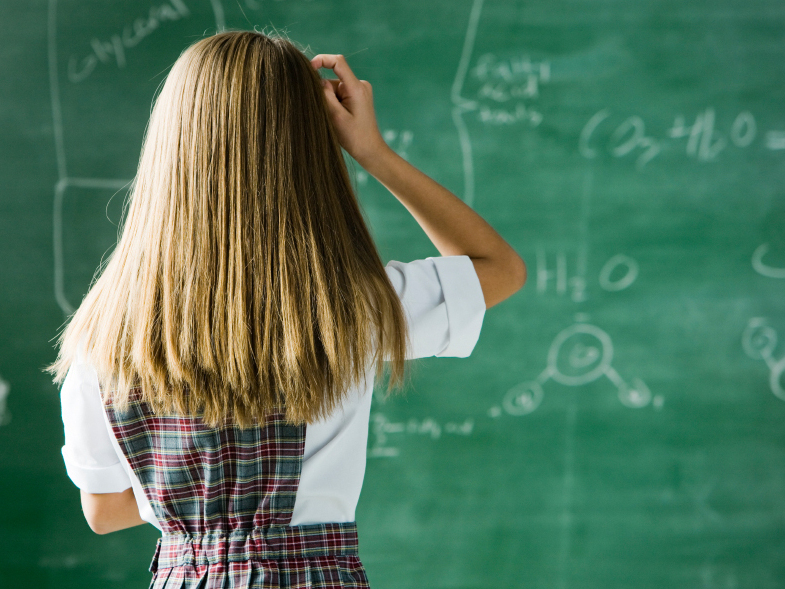 Experts disagree about whether girls as young as 11 should get the HPV vaccine.

The first vaccine against human papillomavirus, or HPV, which causes cervical cancer, came out five years ago. But now it has become a hot political topic, thanks to a Republican presidential debate in which candidate Michele Bachmann inveighed against "innocent little 12-year-old girls" being "forced to have a government injection."

Behind the political fireworks is a quieter backlash against a public health strategy that has won powerful advocates in the medical and public health community.

It appears this vaccine gets people riled up because it involves sex and 11-year-old girls.

The two approved vaccines, Gardasil and Cervarix, are designed to protect against a sexually transmitted virus. That's why Julie Stewart was shocked when the pediatrician said her 11-year-old Sophie should get it.

"My daughter is so not sexually active that it seems very premature to even think about protecting her from cervical cancer," Stewart says.

Stewart says she tends to have faith in doctors, so she pondered why she reacted that way.

"I realize it's probably more about my squeamishness with the thought of her becoming sexually active than the vaccination itself," she says. "It's not the science. I think it's my own issues around her developing sexually."

Stewart lives in Washington, D.C., which requires the vaccine for middle-school girls. Virginia is the only other place to mandate it. Both allow opting out with a doctor's note. Dozens of other states are debating whether to mandate the vaccine.

The Case For Fighting Cervical Cancer

The vaccine requires three shots over six months and costs upwards of $400, which is not always covered by insurers or government agencies.

Milwaukee pediatrician Rodney Willoughby, a designated spokesman for the American Academy of Pediatrics, says there's a very good reason for the big push to get preteen girls vaccinated. The idea is to get it done well before their first sexual encounter.

"This is being timed just before you start to have those discussions about the birds and the bees," Willoughby says.

Studies done before widespread HPV vaccination show that by the time they're 15, nearly 10 percent of American girls are infected with HPV. By age 17, that has doubled to nearly 20 percent.

Some research also indicates that many parents are clueless about when their children start having sex.

Ninety-five percent of women who are infected with HPV never, ever get cervical cancer. It seemed very odd to be mandating something for which 95 percent of infections never amount to anything.

Dr. Diane Harper, professor at the University of Missouri-Kansas City School of Medicine

"Ideally none of our children is going to be sexually active until they meet Mr. Right or Mr. Wrong, and that's the end of the story," Willoughby says. "But it happens, and sometimes you're not aware of it. And we can't prevent [HPV infection] once that exposure's occurred."

Willoughby says his daughter will get the vaccine next year, when she turns 11.

A Lobbying Effort From Manufacturers

But Dr. Diane Harper, a professor at the University of Missouri-Kansas City School of Medicine, says the vaccine is being way oversold.

That's pretty striking, because Harper worked on studies that got the vaccines approved. And she has accepted grants from the manufacturers, although she says she doesn't any longer.

Harper changed her mind when the vaccine makers started lobbying state legislatures to require schoolkids to get vaccinated.

"Ninety-five percent of women who are infected with HPV never, ever get cervical cancer," she says. "It seemed very odd to be mandating something for which 95 percent of infections never amount to anything."

Of course, cervical exams and Pap smears are not universally done, they're invasive, and when the test comes up abnormal, the woman faces further diagnostic tests and possibly a procedure to obliterate precancerous growths.

Apart from the comparative advantages of vaccine versus Pap smears, Harper has another objection to mandating early vaccination at this point. She points out that studies so far show the vaccines protect for four or five years. Scientists hope protection will last for 10 years or more, but it's possible young women may need a booster shot later.

As it stands now, Harper says, vaccinating an 11-year-old girl might not protect her when she needs it most — in her most sexually active years.

There's another reason parents balk. Some worry that the vaccine could be dangerous.

Two children have died of a rare neurological disorder — an early and accelerated form of ALS, or Lou Gehrig's disease — after getting the vaccine.

Last month, the independent Institute of Medicine found no good evidence that these deaths, or any other serious side effects, were caused by the vaccine.

The CDC has examined 35 deaths that occurred among 35 million young people who received the vaccine. It also concluded there is no evidence of cause and effect.

"We have not identified a significant likelihood of serious adverse events following vaccine," says Dr. Joseph Bocchini, chairman of pediatrics at Louisiana State University in Shreveport, who leads the CDC's working group on HPV vaccines. "This is a very safe vaccine."

But as much as he believes in the vaccine, Bocchini doesn't think the government should require kids to get it yet.

So for now, the CDC's lead adviser thinks the decision should be left to parents.

Some parents, like Willoughby, will go ahead and get it. "If in 20 years time, my daughter, with two children at home, develops cervical cancer, and I didn't give her the vaccine, I'm going to be looking pretty hard in the mirror at myself," he says.

And some parents, like Julie Stewart, will think about it some more.

"Our doctor plans to talk to us about it at my daughter's 12-year wellness visit," Stewart says. "So, you know, maybe we'll do it then."