Accessibility links
With Repeal Of 'Don't Ask, Don't Tell,' An Era Ends Now that the controversial gays-in-the-military policy has been officially lifted, an active duty Air Force lieutenant reveals his true identity for the first time. And a gay-rights strategist reflects on how the military has responded to the shift. 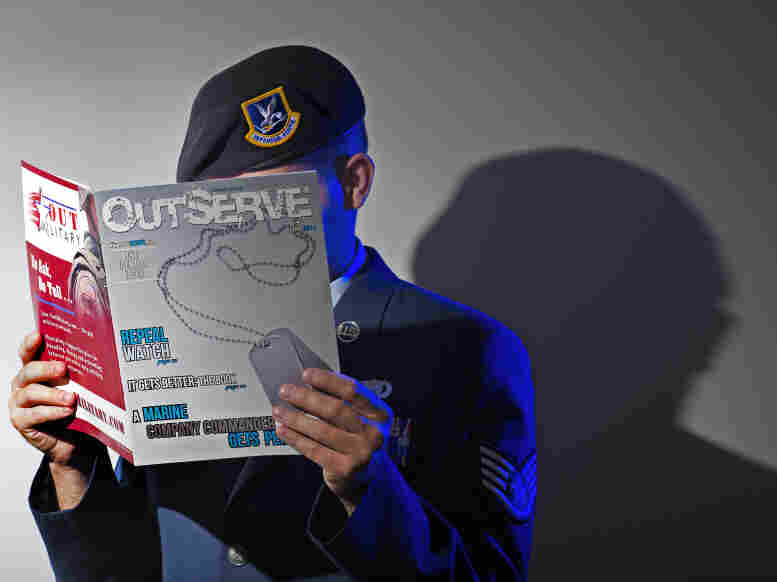 A gay member of the U.S. Air Force who wishes not to be identified reads a copy of the new magazine OutServe intended for actively serving lesbian, gay, bisexual and transgender U.S. military members earlier this month. Paul J. Richards/AFP/Getty Images hide caption

The law that for almost 18 years has banned openly gay Americans from serving in the armed forces will be officially repealed Tuesday, nine months after Congress voted to end the Clinton-era edict.

President Obama signed the repeal into law last December, but its provisions required time for the Pentagon to prepare for the policy change, and for top military officials to "certify" the law's end.

Obama, Defense Secretary Leon Panetta and Adm. Mike Mullen, chairman of the Joint Chiefs of Staff, signed off on the change in July, and set Tuesday as the end of the law that has long been known as "don't ask, don't tell," or DADT.

Repeal means that for the first time in America's military history, service members will be allowed to publicly reveal their sexual orientation without fear of reprisal.

Though a national Gallup poll taken after Congress repealed DADT showed that 67 percent of those surveyed supported repeal, resistance to the change still exists, on Capitol Hill and beyond.

Not Everyone Supports Repeal

Though polls show that a majority of Americans support ending the controversial gays-in-the-military policy, a number of Republican presidential hopefuls have advocated keeping DADT in place. When the issue came up in a June 13 primary debate in Manchester, N.H., former Massachusetts Gov. Mitt Romney said he believed the policy should have been kept in place "until conflict was over." (In 1994, Romney wrote a letter advocating that gays serve "openly and honestly" in the military.) Other candidates also weighed in during one exchange at the June debate:

Q: Now gays are allowed to serve openly in the military; would you leave that policy in place or would you try to change it back to "don't ask, don't tell"?

HERMAN CAIN: Now that they have changed it, I wouldn't create a distraction trying to turn it over as president.

RON PAUL: I would not work to overthrow it. We have to remember, rights don't come in groups. We shouldn't have gay rights. Rights come as individuals. If we have this major debate going on, it would be behavior that would count, not the person who belongs to which group.

RICK SANTORUM: The job of the United States military is to protect and defend the people of this country. It is not for social experimentation. It should be repealed. And the commanders should have a system of discipline in place, as Ron Paul said, that punishes — that punishes bad behavior.

Rep. Buck McKeon, the California Republican who leads the House Armed Services Committee, and committee member Rep. Joe Wilson, a South Carolina Republican, sent a letter to the White House last week seeking to delay the repeal. They argued that the committee has not been adequately briefed about the new policy.

Pentagon press secretary George Little on Monday had a different message, however.

"No one should be left with the impression that we are unprepared. We are prepared for repeal," Little said. "The force is well aware that this is coming. They've had the training. It's been in the press for months. The September 20th day is not a mystery."

We spoke with two men who have been immersed in efforts to repeal the controversial measure.

Aaron Belkin is a political science professor who is director of the Palm Center at the Williams Institute at the University of California, Los Angeles, School of Law. He helped lead research and analysis of gay Americans in the military and of the effect of DADT on military capabilities.

His e-book, How We Won: Progressive Lessons from the Repeal of "Don't Ask, Don't Tell, published Tuesday, details the Center's research, how it communicated with the military "from the inside," and its deliberative media strategy. Belkin believes it was an accumulation of evidence that finally brought the policy down.

Seefried, who until Tuesday publicly used the pseudonym J.D. Smith, has edited a collection of first-person essays by gay service members, Our Time: Breaking the Silence of Don't Ask, Don't Tell. Although the policy once made him feel "hopeless," Seefried now sees "substantial progress" in how the military's attitude toward gay service members has already changed.

Though there are repeal celebrations planned across the nation, Belkin says his own plans are mundane. 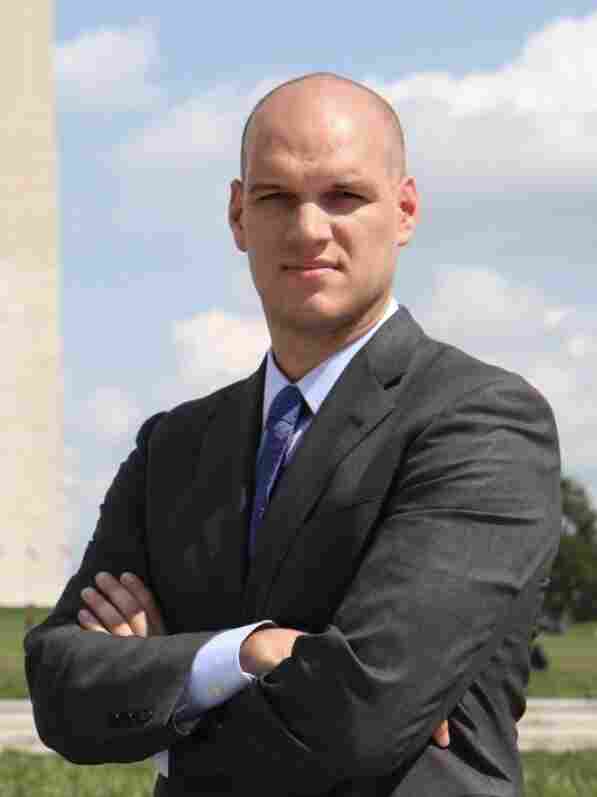 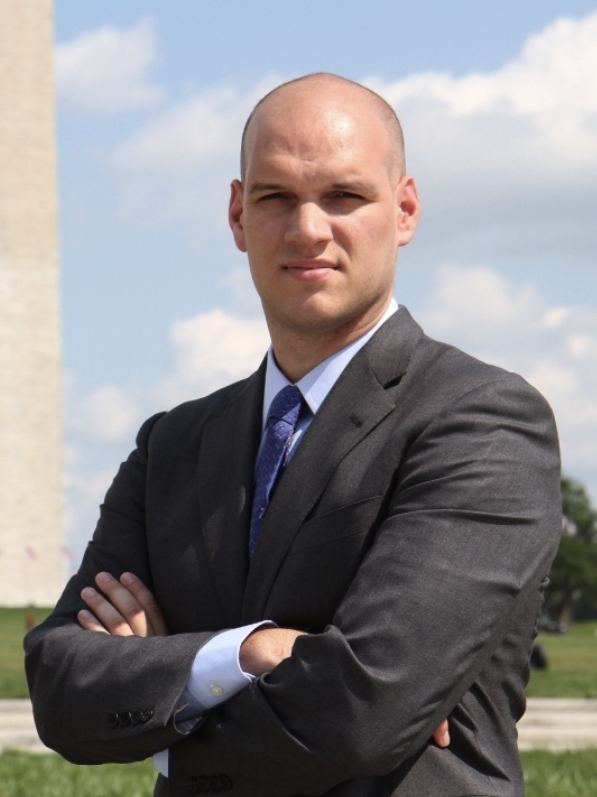 "Emotionally and politically it's a big change for everybody. But on the ground, the way we live our lives, we're all just going to move on," he said.

Excerpts from the interviews:

In every way, shape or form. I was blackmailed by an instructor at a technical training school after he found out I was gay. There's not a single day you do not think about the policy; it consumed every aspect of your life. You feel hopeless about the future.

On how OutServe began

Before OutServe, we started CitizensForRepeal.com. We talked to gay service members we knew, got their stories and posted them online. We realized we had this email database, and so started a hidden social network on Facebook. When we got to about 250 people, I wrote an open letter in the Denver Post to Defense Secretary Robert Gates, saying that if they're talking about repealing DADT, they have to talk to gay service members. And the Pentagon reached out to us. The group just started to get bigger and bigger. It's now beyond Facebook — we have a magazine, and are sponsoring a conference next month in Las Vegas.

On what OutServe has come to mean for gay service members

It has connected people. I think it gave people hope and the knowledge that there were other people out there. Before, there was no way to connect with other gay people. We found out there were hundreds and thousands of others. We now want to encourage people to come out, and to create a respectful environment in the military. We have over 4,300 people connected around the globe, including in Afghanistan and Iraq.

On how he measures progress

When we launched our first magazine earlier this year, it got a lot of attention, and the Pentagon called and said, "What the hell are you doing?" When we launched the next edition, the Pentagon asked for copies. That's huge. They now distribute the magazine on Air Force and Army bases. That's substantial progress. Once people start thinking of our magazine as boring as a bowling magazine, we'll have made progress.

On creating an "atmosphere of acceptance and respect" in the military

It's about discussion, it's about dialogue. If you don't discuss it, gay soldiers remain invisible. You have to come out of the closet. You have to talk to your friends and say, "I am gay." Tell your story. I don't think that gay service members need to do drastic political action. Just tell your stories.

On his view of President Obama

I was there when the president signed the repeal legislation, and the one thing he did was address gay troops. He said, "I want to speak directly to the gay men and women currently serving in our military." That's big. That's the type of speech that no one else has ever done.

On who deserves credit for the repeal within the military

Adm. Michael Mullen, hands down. [Mullen, chairman of the Joint Chiefs, told Congress in early 2010 that it was time to repeal the policy.] He led on this. He said it comes down to integrity. I got to shake his hand, and I said that it was an honor to serve when he was leading. That man is a hero. 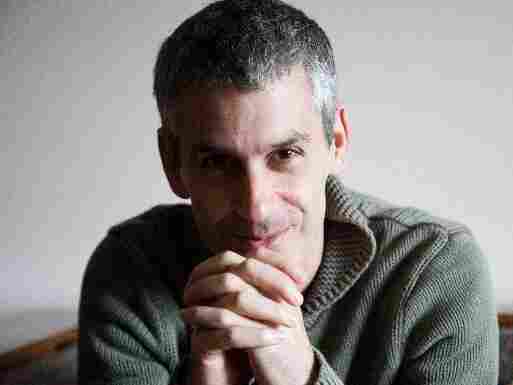 On his strategy of using facts, not framing

I looked at the way that anti-gay opponents were talking about our issues. A common thread: It seemed to me that their policy positions were not based on facts. I believe that we should not worry about slick messaging or framing, but tell the truth. Tell it loudly. Tell it again and again. If we believe it, we have to say it.

On how he got into military academies to make his case

It was tough. About 10 years ago, I sent letters to every military university I could find, dozens of them, and asked if I could come at my own expense to talk about my research. Only one commandant responded, and it was "no." The way I finally got in was to build personal relationships in other venues, build trust, and build slowly. I first was invited to West Point to talk to a few cadets. Eventually, I spoke to bigger audiences. I approached military universities on the basis of research, not activism or policy. The people I was dealing with, after all, were scholars. They knew DADT would end someday and wanted to start having a conversation, even back in 2003 and 2004.

On what opened the door for repeal

It was a combination of factors. The executive order proposal reopened and energized the conversation. It generated heat on the White House to recommit to repeal legislation. Then you had activists like Army Lt. Dan Choi handcuffing himself to the White House fence, getting in people's faces. (Choi, a West Point graduate, was discharged after revealing his sexual orientation on MSNBC.) There was brilliant insider strategizing, pressure on Congress and an explosion of grassroots organizations like OutServe. And, finally, you had litigation that sent a signal to everybody.

On what he thinks of President Obama now

I criticized the president early in his administration for moving slowly on DADT. But with 3 1/2 years of hindsight, I give him credit. He was right to get the military's buy-in, and to move to repeal in a deliberative way.