Accessibility links
Roger Ebert: A Critic Reflects On 'Life Itself' Roger Ebert tackles lowbrow and highbrow topics alike in his memoir; critic John Powers says the chronicle is sunny and hopeful — just like Ebert himself. 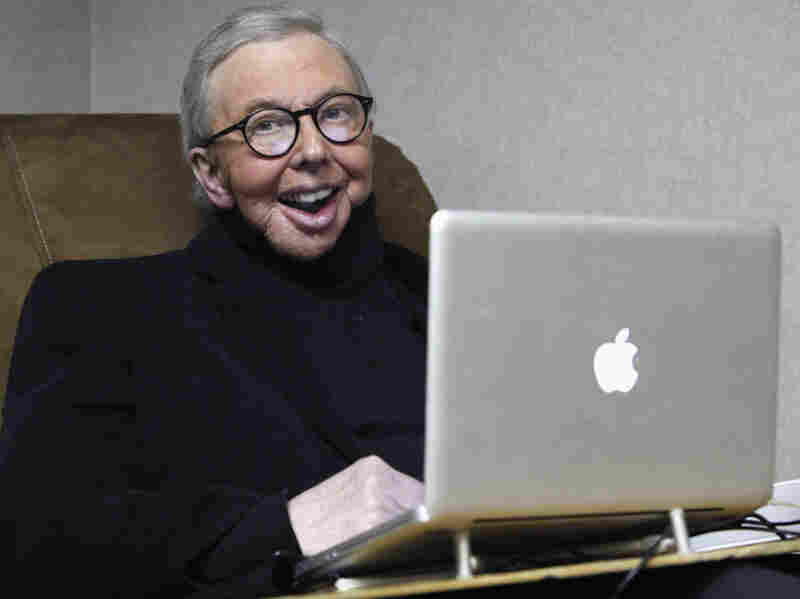 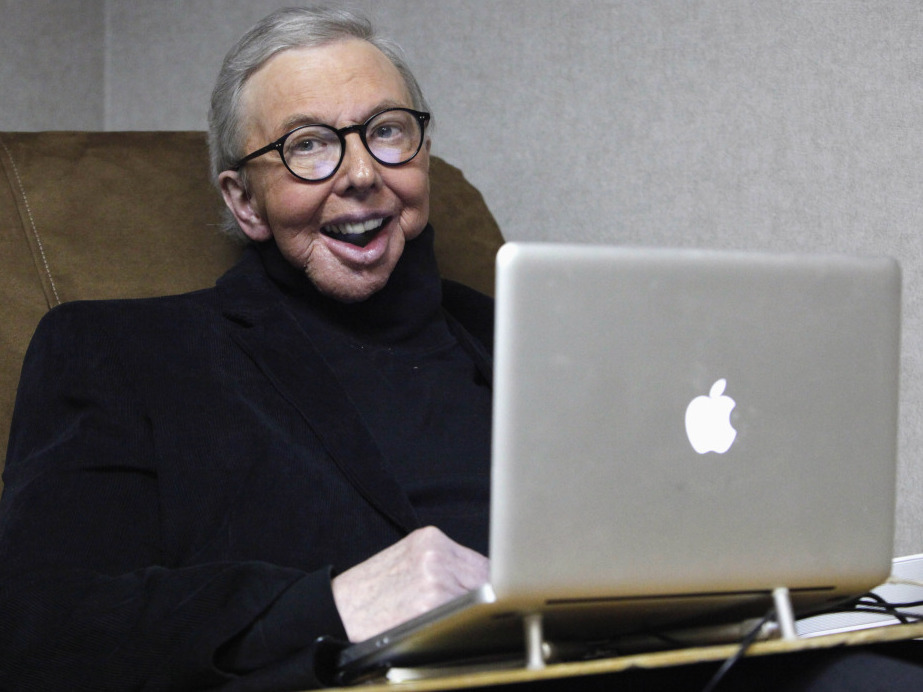 Pulitzer Prize-winning movie critic Roger Ebert works in his office at the WTTW-TV studios in Chicago in January 2011.

You can divide famous people into two broad categories. Those who find fame a burden and those who take it like a tonic. Roger Ebert is one of the latter. That rarest of creatures — a film critic everyone knows — he really enjoys being Roger Ebert.

This pleasure comes through in his new memoir, Life Itself. Perhaps goaded into existence by the cancer that has assailed him in recent years, it tells the life story of the man with the most famous thumb in America, pausing along the way to offer the author's views on everything from the glories of black-and-white cinematography to the existence of God to the comedy of being fat. The book is chatty, upbeat and structurally loose — which is to say that it sounds exactly like Roger Ebert. 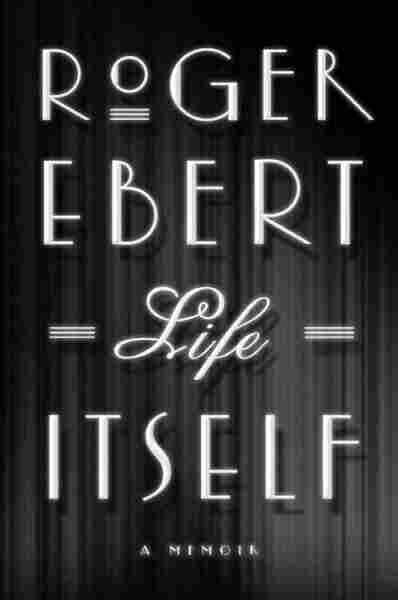 He was born 69 years ago in Urbana, Ill., and enjoyed a classic Middle American childhood, idyllic but tinged with darkness. He had an electrician father, Walter, whom he obviously adored; and a mother, Annabel, who treated him kindly but also scared him with her anger, especially once she became an alcoholic. The drinking problem was one Ebert himself would share — and eventually conquer.

A lifelong liberal, Ebert had dreamed of being a feisty newspaper columnist like Mike Royko. But his life took a very different turn in 1967 when, much to his surprise, he was named film critic for The Chicago Sun-Times. He was all of 25 years old, and he seized the job like a brass ring. His career took off quickly — he'd won the Pulitzer Prize by age 33 — and he began accumulating a vast storehouse of anecdotes. He gives career advice to the young Oprah Winfrey, hangs out with the old Robert Mitchum, and scripts the movie Beyond the Valley of the Dolls for skinflick meister Russ Meyer, whose own account of their collaboration makes you suspect that Ebert is giving us the PG version.

Still, he would have remained a minor local celebrity had it not been for the 1975 creation of the movie review show Sneak Previews, with fellow Chicago critic Gene Siskel, a competitive man of burning ambition, whom Ebert portrays with surprising generosity. The show wasn't Ebert's idea, but it changed him — and our culture, not always for the best. The trademark feature of Sneak Previews was the moment when Ebert and Siskel gave movies thumbs up or thumbs down, a hugely influential shtick that reduced film criticism to a simple-minded consumer guide in which ideas barely matter.

Yet while I know scads of critics who dislike that show, I'm not sure I know any who dislike or blame Ebert. They think, "That's just Roger." And Roger has never been one of those critics you read for his analysis. He's a critic you read for his openness and enthusiasm. Because of that enthusiasm, you might almost say that he's the original fanboy — breezy, personal and ready to share.

Ebert: A 'Life' Still Being Lived, And Fully

This may help explain why, after cancer forced him from his TV show, he reinvented himself as a hugely successful blogger, weighing in on everything from movies to politics to what he sees as the ruination of his newspaper by idiots. It's probably the best writing he's ever done.

And it's all the more impressive because life dealt him a hard blow with a disease that keeps him from eating, drinking or talking — three things he obviously loved. But rather than sinking into a funk or hiding away, he's gone on with his life, and one of the many admirable features of his new book is its sunniness. It's wholly free from the complaining and self-pity so popular in memoirs these days.

That's just what you'd hope for from a guy who was raised, and thrived, in the very heart of the American century. Ebert is anything but provincial — Life Itself begins with a reference to Ingmar Bergman's film Persona, and ends by quoting Tintin's dog, Milou — but reading this book I was struck by how deeply he's inscribed with our national character. The decency and good humor and happy acceptance of other cultures. The recognition that the world has murky depths he'd just as soon not dwell on. Above all, the eagerness to engage with life. You see, unlike a lot of film critics, Roger Ebert knows that there's more to living than just sitting in the dark.