Accessibility links
Ga. Poised To Execute Davis, 22 Years Later After years of appeals and controversy, Troy Davis is scheduled to be executed Wednesday night. On Tuesday, the state board of pardons turned back a late appeal for clemency from Davis, who insists he did not kill a Savannah police officer in 1989. 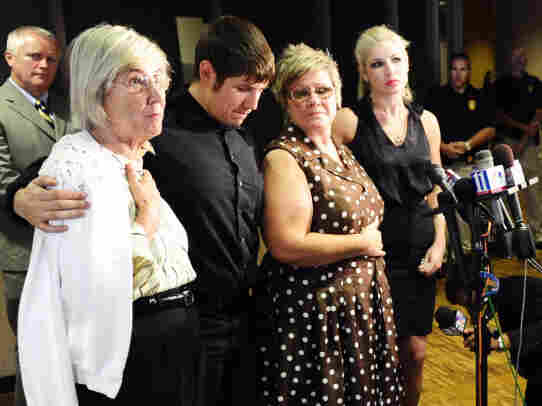 The family of slain police officer Mark MacPhail speaks to the media after the pardons board refused to grant clemency to Troy Davis. They are (from left) mother Anneliese MacPhail; MacPhail's son, Mark Jr.; wife Joan; and daughter Madison. David Tulis/AP hide caption 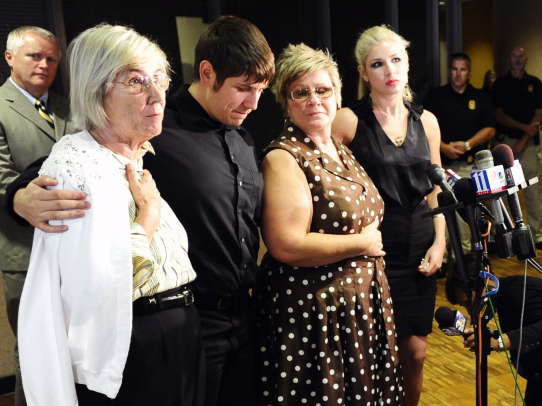 The family of slain police officer Mark MacPhail speaks to the media after the pardons board refused to grant clemency to Troy Davis. They are (from left) mother Anneliese MacPhail; MacPhail's son, Mark Jr.; wife Joan; and daughter Madison.

After years of appeals and controversy, Troy Anthony Davis is scheduled to be executed in Georgia on Wednesday. Georgia's board of pardons turned back Davis' appeal for clemency Tuesday, despite high-profile support for his claim that he did not kill a police officer in 1989.

Several witnesses have changed their testimony since Davis' trial; tens of thousands are protesting the execution. Former president Jimmy Carter, South African Bishop Desmond Tutu and more than 50 members of Congress are among those who have asked Georgia to commute Davis' death sentence.

In 1991, Davis was convicted of murdering Mark MacPhail, a Savannah police officer. MacPhail was shot while trying to help a homeless man who was being beaten in the parking lot of a fast-food restaurant.

Many witnesses identified Davis as the shooter, says Randy Robertson, vice president of the Georgia Fraternal Order of Police.

"The jury of seven blacks and five whites made a decision within two hours," he says. "And it was a very well thought-out and educated decision: that Troy Davis was guilty."

Robertson says shell casings link Davis to the murder, and to another shooting that night. No weapon was recovered, there is no DNA evidence, and seven of nine witnesses recanted or changed their testimony. But prosecutors argue that the new testimony is not reliable.

Davis has always claimed he is innocent.

"My faith in God all these years has kept me strong," he said in 2007, speaking by phone from prison.

In that interview, Davis said the real killer was never caught.

"You should never be able to convict a man or even indict a person, man or woman, without any physical evidence — none whatsoever," he said.

Appeals courts on both the state and federal level have reviewed the case. It has also gone to the U.S. Supreme Court several times, including in 2009, when that court ordered an unusual evidentiary hearing. There, the burden was on Davis to prove his innocence. But the judge said he did not accomplish that. 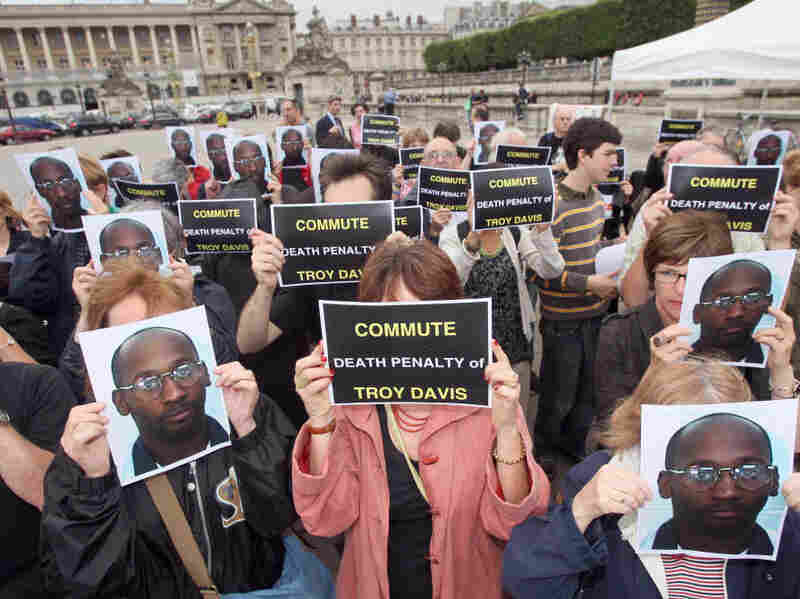 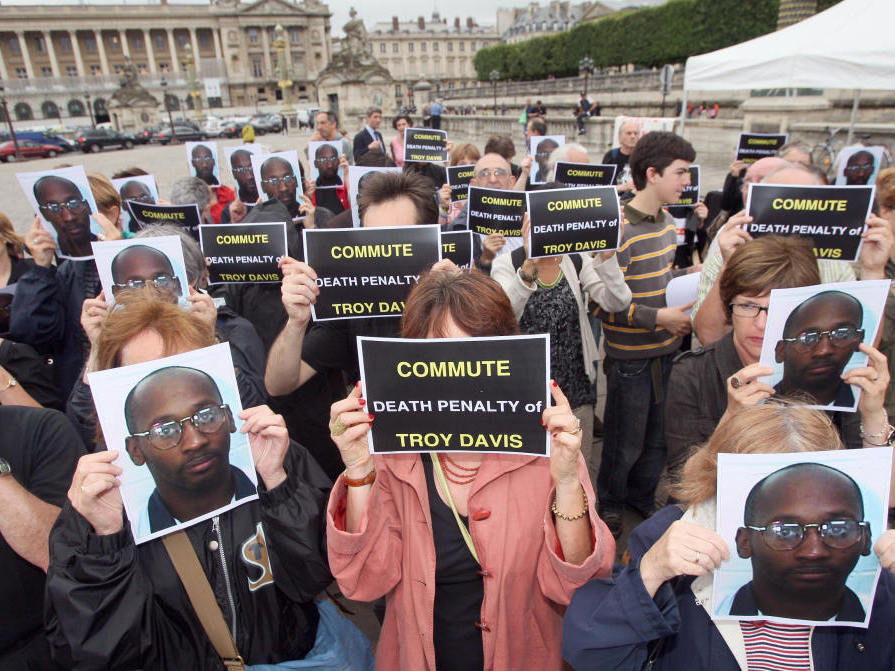 The case has gained worldwide attention, with Pope Benedict, Carter, former FBI director William Sessions and others asking Georgia's parole board to commute the death sentence.

"There's very compelling witness statements, people saying that the police coerced or pressed them into saying things they did not see or did not believe to be true," she says, "and people who made identifications under very dubious circumstances."

In the past few days, the debate surrounding the execution has grown more intense. More than a half-million petitions were delivered to the Georgia Board of Pardons and Paroles in support of Davis.

Davis' sister, Martina Davis-Correia, says there's no reason for the state to kill her brother.

"I think that it would dishonor Officer MacPhail to kill Troy, because their family is never going to find justice," she says. "So, if you're never going to find closure and you're not getting to the bottom of the truth, killing Troy is not going to help anything."

But Anneliese MacPhail, the mother of the murdered officer, says she has no doubt that the police got the right person.

"After the original trial and what we went through there, I said, 'I am sure that he's the right man,' " she says.

MacPhail says her son's family grew up without their father and husband, and that they've had to go through a lot as the case lingered in the justice system.

"It's been a daily thing in our life, and it's tearing me apart," she says. "I want to close that book so fast, it's not even funny. I want to have some peace — which I haven't had in years."

The parole board said Tuesday that they "certainly understand the emotions" attached to the case, but in light of "the totality of the information," its members decided against clemency.