Accessibility links
A Do-It-Yourself Approach To The Electric Car Jack Rickard and Brian Noto have developed something of a cult following on their webcast in which they talk in soul-crushing detail about the intricacies of how to gut a gas-guzzling road warrior and convert it into an all-electric vehicle. On Wednesday, they host the Electric Vehicle Conversion Convention at the Cape Girardeau airport. 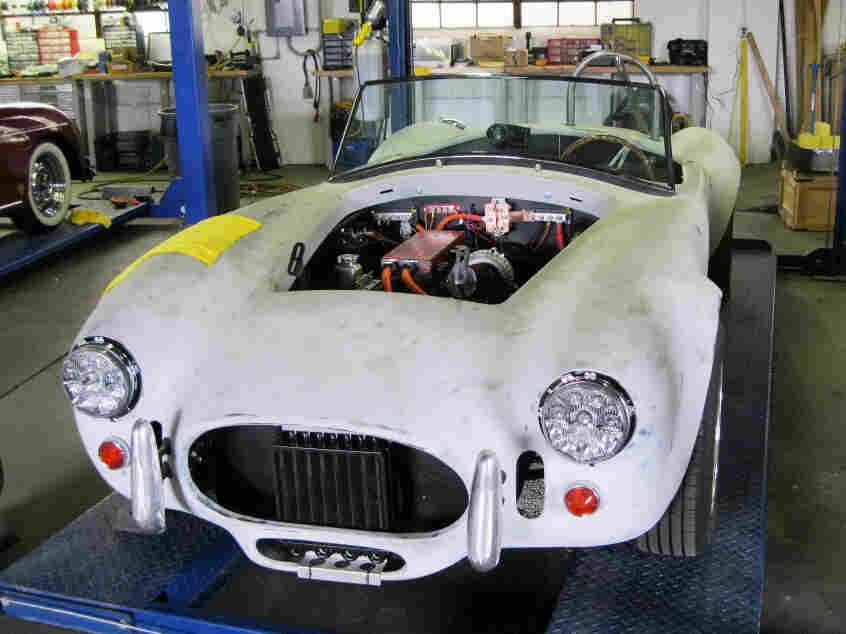 Jack Rickard and Brian Noto of EVTV are converting this replica 1966 AC Cobra to run entirely on batteries. The two host an online video series explaining how to convert a gas-guzzling road warrior into an all-electric vehicle. Jacob McCleland for NPR hide caption

Jack Rickard and Brian Noto have developed something of a cult following on their webcast EVTV, or Electric Vehicle Television, produced from their garage in Cape Girardeau, Mo.

Every week, they talk in soul-crushing detail about the intricacies of how to gut a gas-guzzling road warrior and convert it into an all-electric vehicle. On Wednesday, they host the Electric Vehicle Conversion Convention at the Cape Girardeau airport. 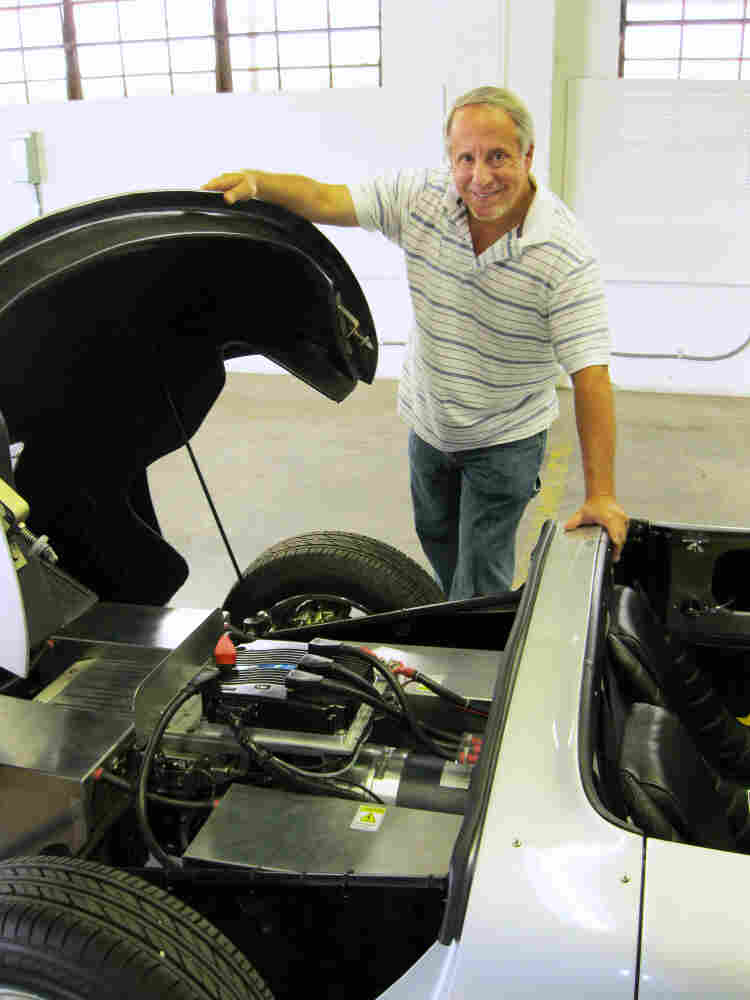 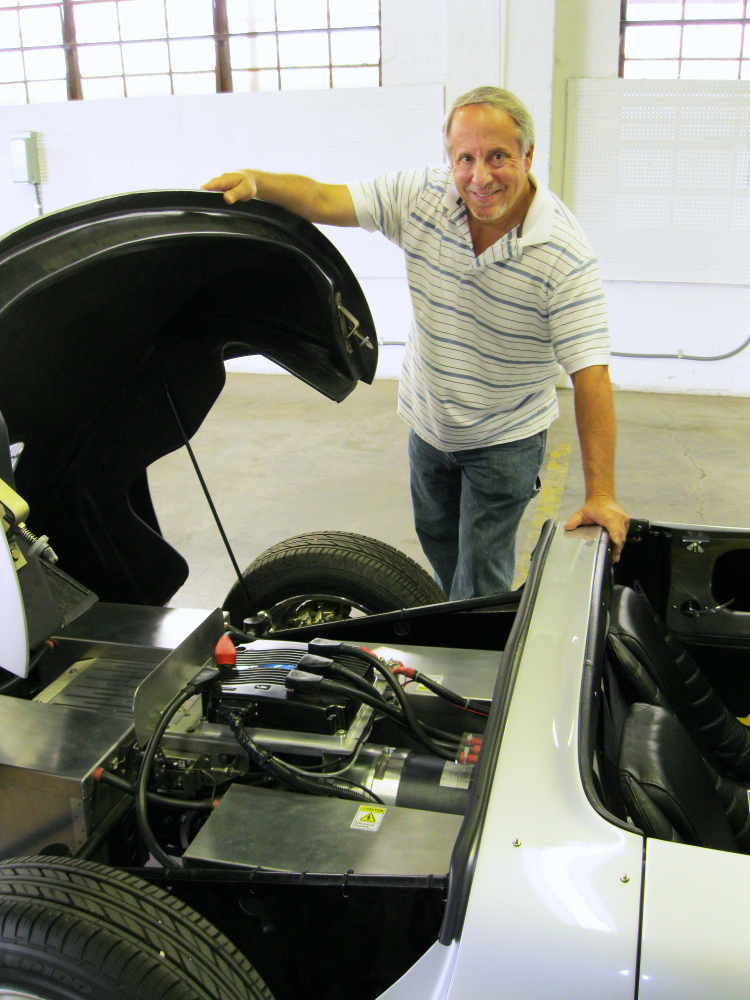 In the 1980s and '90s, Rickard owned and published a trade publication called Boardwatch for the fledgling Internet industry. Now, his enthusiasm and zeal for innovation is aimed at electric-car conversion.

Within days of his mentioning a convention on EVTV, 130 do-it-yourselfers from eight countries had signed up to go to Cape Girardeau to share ideas and to learn from the master.

"He's an eccentric guy that happens to have enough money to play with the toys he wants to play with," he said of Rickard. "What he is doing is something absolutely crucial."

Rickard says that it's about leveling the playing field.

"You can now build a car, anyone can, much less a manufacturer," he said.

Brian Noto, the other half of the EVTV team, showed off a replica of a 1957 Porsche 356 Speedster. It's powered with 100 percent lithium-ion batteries.

In this video, Jack Rickard of EVTV takes an electric replica 1957 Porsche 356 Speedster out for a spin. The car can last around 100 miles per charge.

The electric Porsche replica drives for the most part like a regular car. It accelerates quickly, though it feels like there's a drag when you let off the accelerator.

But is it safe?

Missouri Highway Patrol Lt. John Hotz says yes, but it has to be done right. He says the main problem has been do-it-yourselfers who don't correctly convert the power steering and power brake systems.

"If they don't do that, then you're trying to use that system and it's not going to work as it was designed," he said. "That's the biggest concern.

Watch past episodes of Jack Rickard and Brian Noto's webcast.

"As long as those things have been properly addressed, there's not a lot of safety issues with the vehicles as far as actually driving them on the road."

Rickard and Noto say they have that part covered. For them, the trick is in the batteries. They use Chinese-made lithium iron phosphate batteries instead of lead acid batteries. But those batteries are pricey. A typical conversion can run between $15,000 and $20,000; half of that is the cost of the batteries.

Why in the world would somebody pour that kind of money into a car when the major carmakers can't seem to find much of a market for their own electric vehicles? For some it's simply a hobby; others just love to tinker with gadgets.

Rickard says it reminds him of the early days of the Internet.

"I can't tell you who they're going to be anymore than I could have told who would be running Google or Facebook starting 10 years ago," he said. "It's most likely two guys in a university who are skipping classes today to build their electric car."

Rickard says if everybody contributes just one thing toward innovating electric cars, it could be a game-changer for how cars are used in the future.

The convention runs through Sunday.