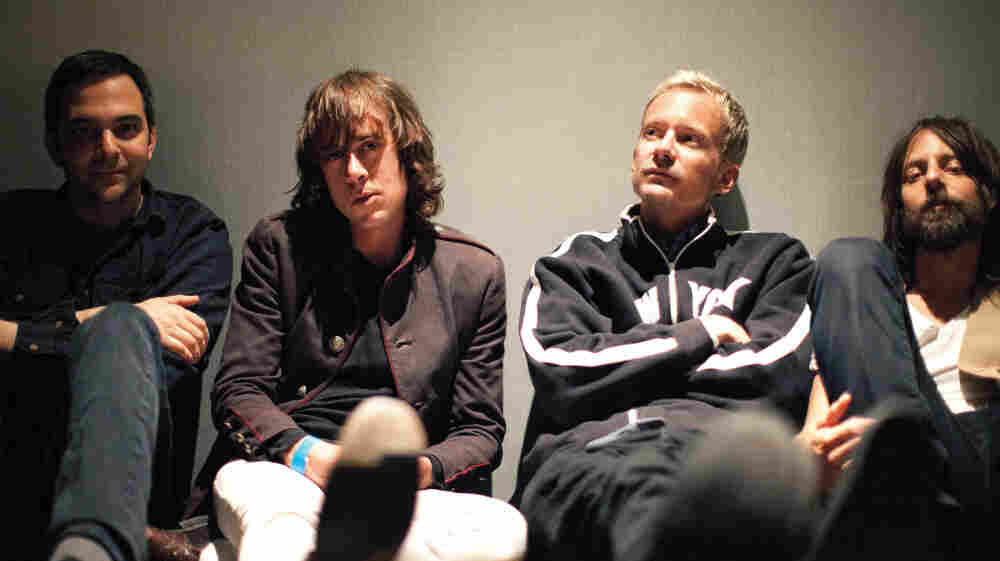 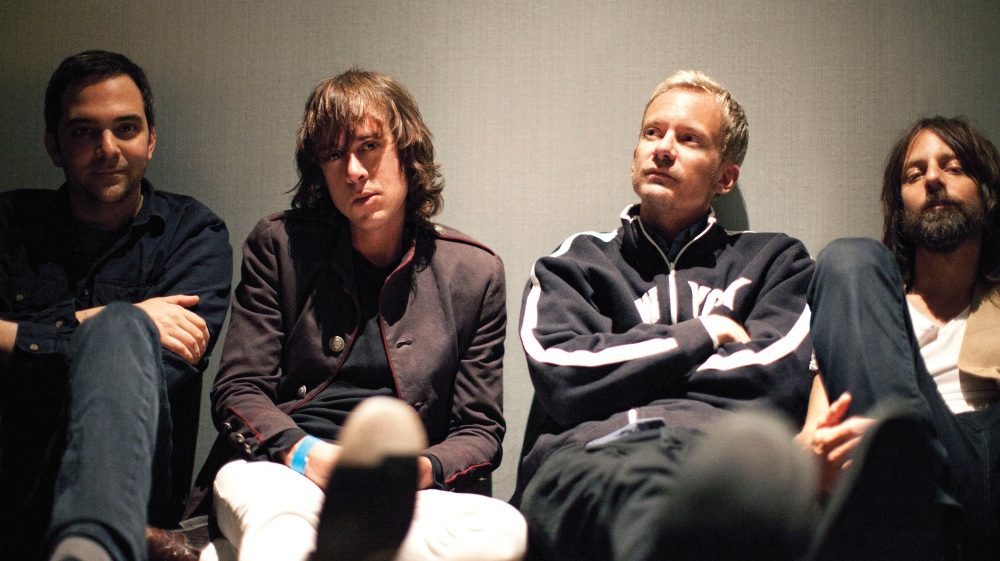 Often, you only need to hear a few lines to know you're listening to a Fountains of Wayne song. "Richie and Ruben," from the new album Sky Full of Holes, introduces its title characters as the kind of hapless losers the band loves to write about: "They opened up a bar called Living Hell / Right from the start, it didn't go too well / They didn't have the vibe or quite the right clientele."

Irony and wry humor have helped power Fountains of Wayne for about 15 years now. The band was started by songwriters Adam Schlesinger and Chris Collingwood, who play bass and rhythm guitar, respectively (Collingwood also sings lead vocals). Speaking with All Things Considered host Melissa Block, the two say that, while their lyrics tend to explore modern themes, the music often reaches back to familiar sounds.

"We love all this music from different classic eras of pop songwriting — '60s, '70s, '80s and the '90s stuff that was going on when we started the band," Schlesinger says. "So we genre-hop in the sense that we incorporate all these different eras and try to put our own spin on them."

"Acela," from Sky Full of Holes, has a bluesy pop sound that can be traced back to The Beatles. Collingwood says that's less a conscious tribute than the natural result of shared musical knowledge within the group, which also includes drummer Brian Young and guitarist Jody Porter.

"When you bring a song like that in, and you're trying to describe to the band what you want it to sound like, it's got all the obvious reference points for things that Brian and Jody are just as familiar with as we are," Collingwood says. "A lot of it just kind of falls into place, based on what your common experience is of those early songs."

"There's times where Chris or I will bring in a song and we'll pretty much have it mapped out in our mind already," Schlesinger says. "But there's other songs where we really just bring in the melody and some chord changes, and it takes on its own life in the studio."

"Action Hero" is a case in point: a simple song transformed by its full-band treatment on the album. A steady rhythmic beat and the faint beeping of a keyboard illustrate the story of a downtrodden dreamer who spends half the song hooked up to a heart monitor.

"I seem to remember that the heartbeat sound, which is some kind of muffled kick drum, wasn't there to begin with," Collingwood says. "And now, when I listen back to that, it strikes me as a really central part of that arrangement."