Accessibility links
Oman Played Pivotal Role In Americans' Release Shane Bauer and Josh Fattal were released from an Iranian prison in exchange for $1 million and flown to the Persian Gulf nation of Oman. The sultanate has served as a broker between Tehran and Washington because of its good relationships with both countries. 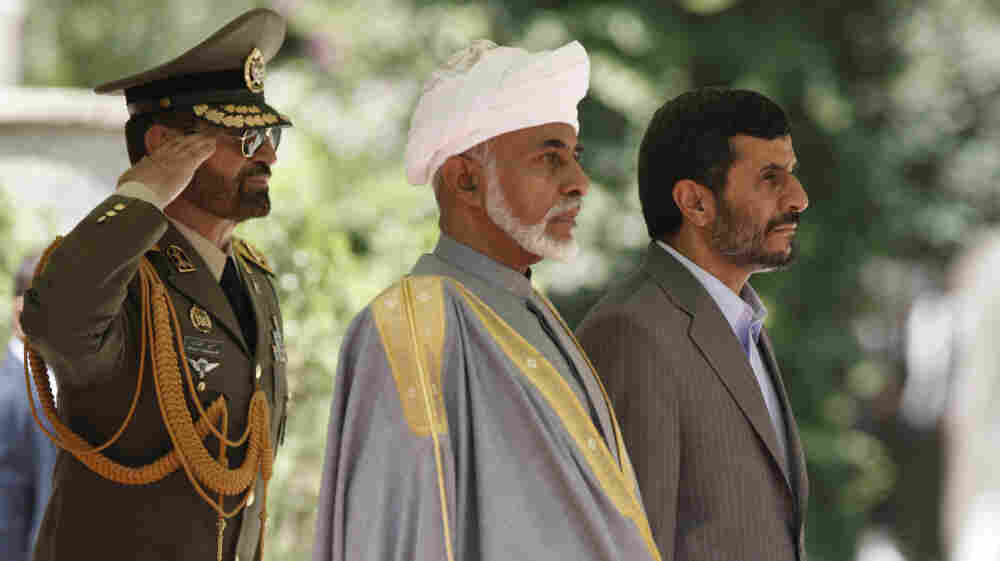 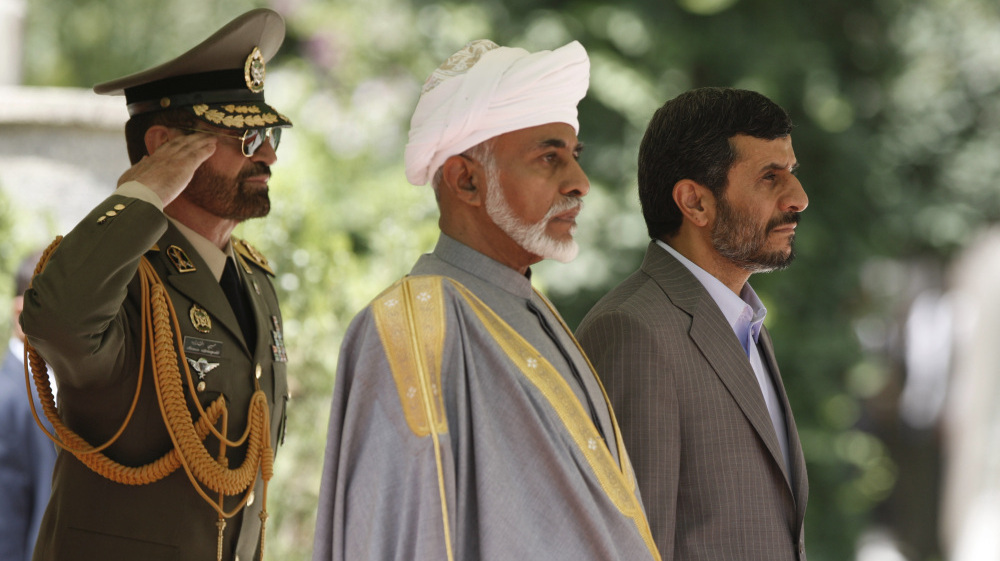 The two American men who stepped out of an Iranian prison Wednesday after spending more than two years in custody may have a tiny Persian Gulf nation to thank for greasing the wheels of their release.

Shane Bauer and Josh Fattal, both 29, had been accused of espionage along with fellow American Sarah Shourd and sentenced to eight years in prison. They were freed in exchange for $1 million and flown to Oman.

It's not the first time the sultanate of Oman has served as a broker between Tehran and Washington. The U.S. does not have formal diplomatic relations with Iran, while Oman maintains good relationships with both countries.

Oman's involvement in the case began a year ago, when it paid for Shourd's release and sent a plane to pick her up. Diplomatic sources told NPR that Oman's sultan, Qaboos bin Said, paid $500,000 each to free Bauer and Fattal — the same amount paid to liberate Shourd. Oman also provided a private plane to transport the two men to its capital city of Muscat, much like it did with Shourd.

The State Department had no immediate comment on Oman's involvement in Wednesday's releases. But when Shourd was freed, department spokesman P.J. Crowley praised Muscat as "a key interlocutor" that helped "work this case with the Iranian government."

Swiss and Iraqi officials also worked on the Americans' behalf.

Oman is "one of the only countries to Iran's south that has never had issues with Tehran," he said.

Situated strategically at the mouth of the Persian Gulf, Oman has enjoyed a long history as a maritime transshipment hub as well as a meeting place between East and West. Therefore, Vantanka said, it's always been important for Muscat to maintain good relationships with other nations.

"It's also difficult for Iran to see Oman as a threat. It's a small country, with a small population, and it's not that wealthy because it doesn't have the oil that Saudi Arabia or its other Gulf neighbors does," he said.

Oman has remained one of Iran's few allies as Tehran has found itself increasingly isolated over its nuclear program. The sultan was the first foreign ruler to visit Iran after President Mahmoud Ahmadinejad's re-election in 2009 — a vote viewed by many as tainted. 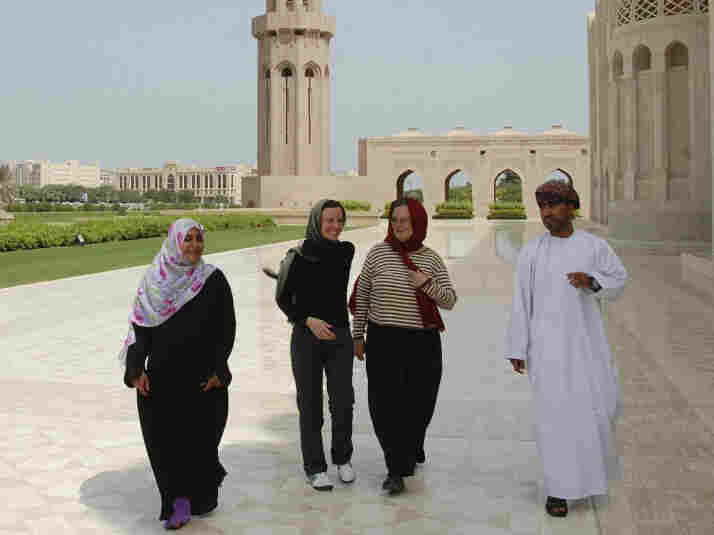 In this photo released by the U.S. Embassy in Oman, Sarah Shourd (second from left) visited the Sultan Qaboos Grand Mosque in Muscat after her release from Iran last year. AP hide caption 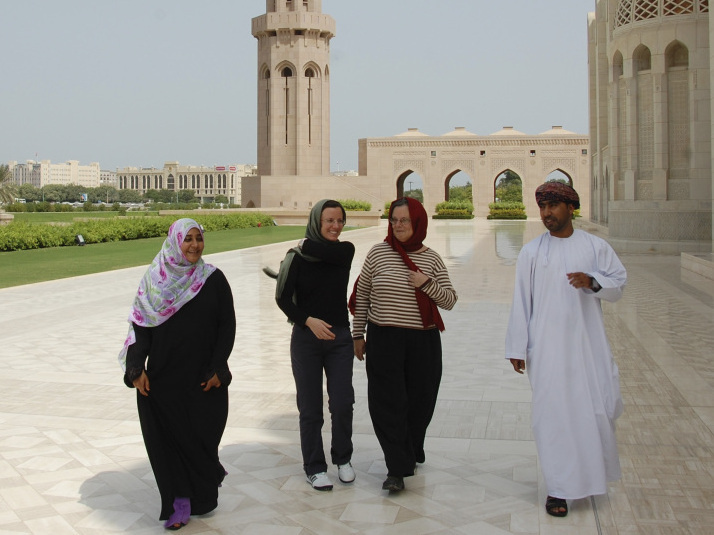 In this photo released by the U.S. Embassy in Oman, Sarah Shourd (second from left) visited the Sultan Qaboos Grand Mosque in Muscat after her release from Iran last year.

In the late 1960s, the Shah of Iran dispatched troops to Oman to help quash a communist revolution supported by South Yemen.

"And don't underestimate the economic ties between the two countries," Vantanka said, referring — among other things — to a pipeline in the works that would send Iranian natural gas to Oman for shipment around the world.

Muscat's relationship with Washington has been just as cordial. A treaty of navigation and friendship between the two countries dates back to 1833. Oman was one of the few Persian Gulf states to openly support the 1979 Camp David meetings that led to the Egypt-Israeli Peace Treaty. Oman has allowed the U.S. to use its military bases and has shown close cooperation on counterterrorism.

"The Omanis have always been an outlier in the Gulf," said Ray Takeyh, a scholar at the Council on Foreign Relations.

Qaboos, who came to power in a 1970 palace coup, is seen as a liberal modernizer, said Alireza Nader, an international policy analyst at the RAND Corporation.

On issues such as Iran's nuclear program, Nader said: "Qaboos tends to view them very pragmatically. He also doesn't seem to be as driven by issues of religion as do many of his neighbors." That's partly thanks to the country's largely dominant Ibadi sect of Islam, which skirts the Sunni-Shia divide that has plagued many other Muslim nations.

Takeyh said Oman's ability to bridge the deep rift that separates the U.S. and Iran has raised its currency with both nations,.

"And given the political realities, that's no small accomplishment," he said.