Accessibility links
'Killer' Formula: Retired Spy + One Last Job = Yawns Based on what may be a true story, this globetrotting thriller stars Jason Statham as a retired special ops guy on a mission to rescue his mentor (Robert De Niro). 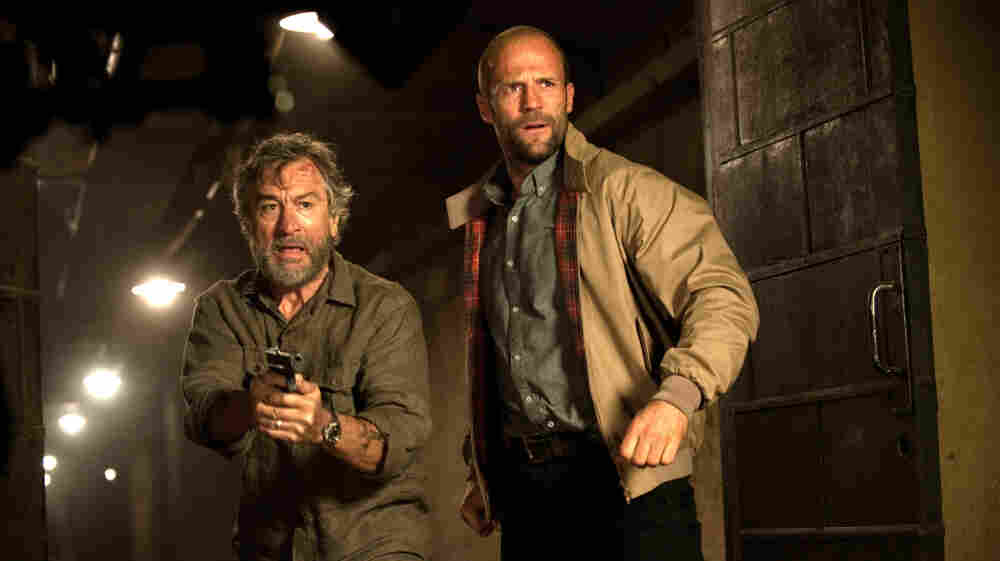 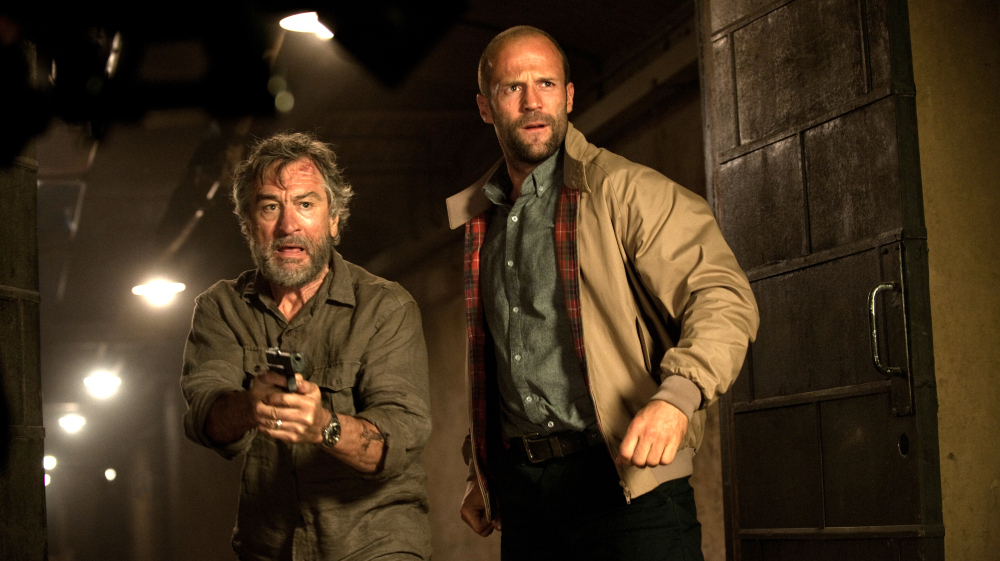 Rated R for strong language, violence and some sexuality/nudity

Take a look at a random photo gallery of stills from Jason Statham movies, and you may be hard-pressed to tell one from another. There he is riding a motorcycle, or driving a fast car, or sprinting across rooftops while firing a gun, always with that same steely gaze and singular sense of purpose.

Purists may argue that no one has stepped up to fill the gap left as the brawny bunch of '80s action heroes — Schwarzenegger, Stallone, Norris — have aged well past the point of plausibly jumping out of moving vehicles without breaking a hip. (At least not without a wink to the audience that they know full well that they're too old for this ... stuff.)

But I'd argue that Statham is the real deal, and fully deserving of his role as the "youthful" contingent (at a sprightly 43) in the aging-actioner extravaganza The Expendables last year. He's an imposing physical presence onscreen without being a hulk, attractive enough to be a legitimate romantic lead, with a gruff charisma that's sufficient to carry the lightweight needs of an action flick. Most important — and this, more than anything else, is what allowed the old guard to be so fondly remembered — he's enjoyable enough to watch that he can occasionally make one forget just how silly and dull a movie like Killer Elite really is.

The film is ostensibly based on a true story, a controversial book — the facts of which are in some dispute -- by former British SAS officer Ranulph Fiennes. Statham plays Danny, a hit man who's in the midst of his "one last job" as the movie opens, but who's only a year into a bucolic retirement in rural Australia when news reaches him that his former partner and mentor (Robert De Niro, seeming largely disinterested in acting) has been taken prisoner. 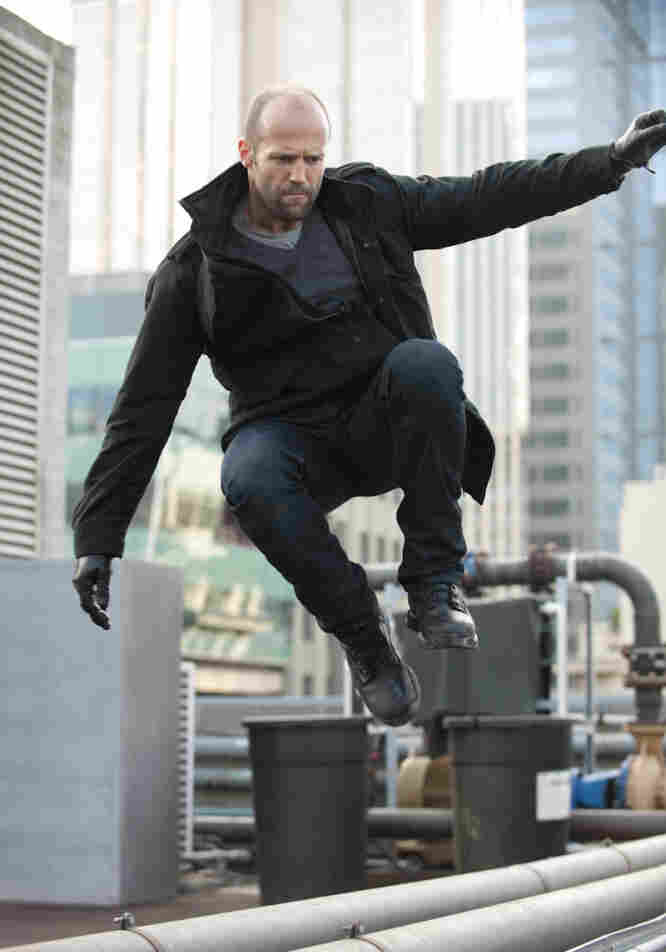 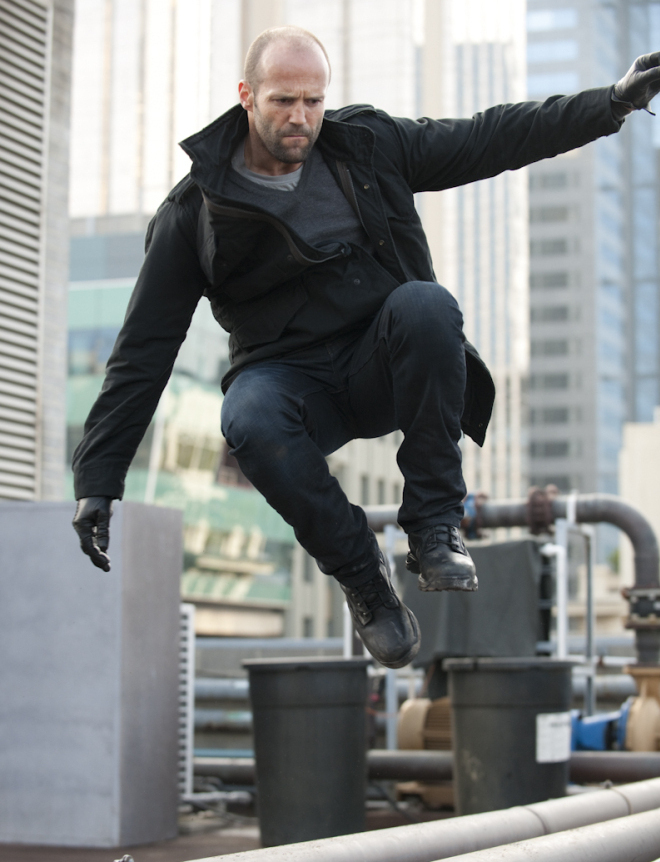 Statham plays his usual charismatic stoic — leaping tall buildings and wooing stunning women as he chases down the bad guys.

The ransom is a job: The Omani sheik responsible wants Danny to avenge the deaths of three of his sons, each killed by a British SAS officer during the Dhofar Rebellion a few years before the film's early-'80s setting. Find the three men, get confessions on tape, then make the deaths look like accidents; mentor goes free, Danny and his team get $6 million out of the deal.

That's a solidly defined premise, if one that's put across unimaginatively in some lengthy word-dumps near the start of the film. Writer-director Gary McKendry seems as if he's sometimes under the impression that anxious camera work, with random zooms and jittery edits, can distract from blandly expository speechifying.

Unfortunately, the execution of that premise ends up being just as boring. Tracking down the officers and getting the confessions seems easy enough that it feels like a cheat, and the only thing that sustains much interest in the film's first half are the complex methods employed to make the killings seem accidental.

Providing at least a little narrative conflict is Spike (Clive Owen), a representative of a secret society of former SAS officers who are almost comical in their stuffy, wood-paneled Britishness. They're also prone to baldly expository tangents: "That's why we're called The Feather Men," one says to Spike after telling him a series of facts that his character surely must already know. Spike's cat-and-mouse games with Danny lead to little more than the film's centerpiece fistfight, a jumble of tedious quick cuts right out of the Michael Bay playbook.

Throughout a film that wants desperately to be a serious international thriller — jumping from Oman to London to Paris — Statham does exactly what Statham does best. He drives fast cars, woos a beautiful woman, jumps across those rooftops without that gun dropping from his fist, and stares down the bad guys before dropping them with a well-placed punch.

When he goes literally into a hornet's nest in one of the film's clumsier attempts at metaphor, he stands firm and unaffected while his partner runs away. If being unassailably tough and cool under pressure could make an entire movie, Killer Elite would be a Statham masterpiece. Ask for much more, and it falls woefully short.