Accessibility links
Some Familiar Faces Return To Fall TV Lineup Ted Danson and James Spader join the casts of CSI and The Office this season — and Simon Cowell returns to TV with an Americanized version of his British hit The X-Factor. Critic David Bianculli says the three TV vets each bring something else to their roles: a likability factor.

I'm well aware that most of the buzz this time of year goes to the new fall TV shows – and one of the passably watchable ones, ABC's Pan Am premieres this Sunday. But for the most part this fall, broadcast TV has been more interesting because of the older, more familiar elements – especially familiar faces who are returning to TV in new roles.

Earlier this week, Ashton Kutcher was introduced as Charlie Sheen's replacement as co-star of Two and a Half Men on CBS. That switch will take a few episodes to assess, but hey – in terms of quality, messing with Men is not exactly like trying to continue M*A*S*H without Alan Alda. And by the way, just for the record, CBS tried that, too – with a really awful series called AfterMASH. 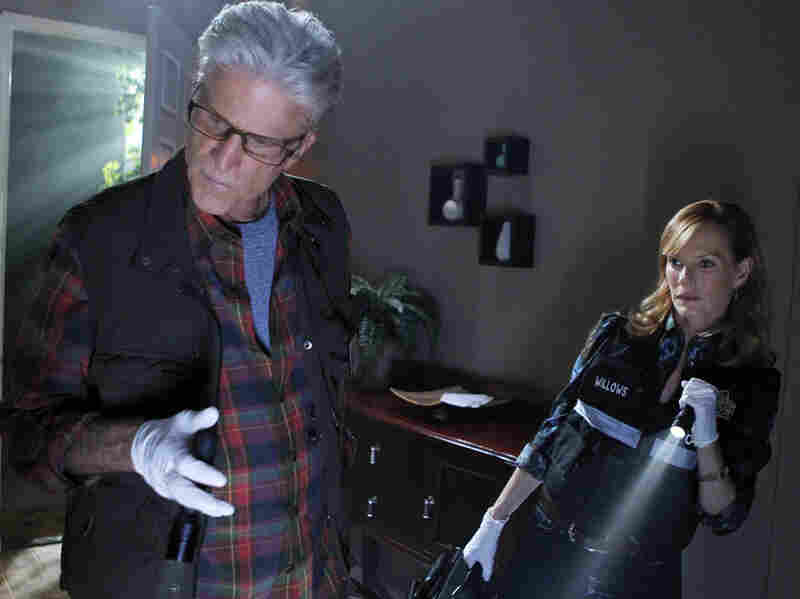 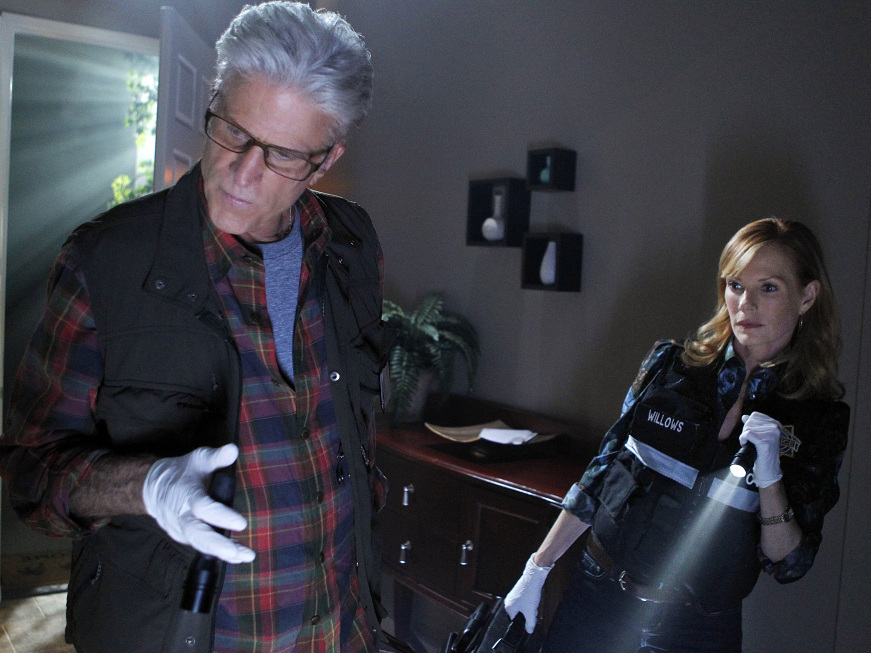 Ted Danson and Marg Helgenberger search for clues on the CBS drama CSI.

But also this week, we've seen other high-risk TV moves. Boston Legal star James Spader moves to a sitcom, while former sitcom star Ted Danson accepts the leading role in a long-running drama. And former American Idol star Simon Cowell returns to the judges' table in a new series, and brings Paula Abdul with him. It's old home week on TV – except, on TV, all these people have new homes.

Ted Danson is the new star of CSI: Crime Scene Investigation, replacing departing star Laurence Fishburne, who himself had replaced original star William Petersen. Danson plays DB Russell, and his approach, as head of the criminal forensics unit, is a lot warmer and friendlier. But he's quirky, too, with a keen sense of observation and an intuitive sense of which clues to follow. In the episode introducing Danson as Russell, his character watched as one of the CSI veterans, Nick, gets nowhere trying to get information out of a stubbornly silent young kid who had witnessed a murder, and something else, on a Las Vegas tram. Then Russell picks up a small paper lunch bag and begins to wow the kid with some silly amateur "magic." He holds the bag in one hand – and every time someone throws an invisible ball his way, he crinkles the bag so it makes a sound. The kid eventually opens up, but the information he offers sounds ridiculous: he saw an alien on the tram. Except that Russell takes it as seriously as the kid took that unseen ball. 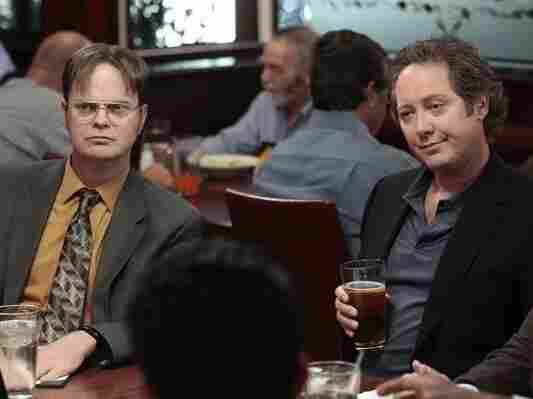 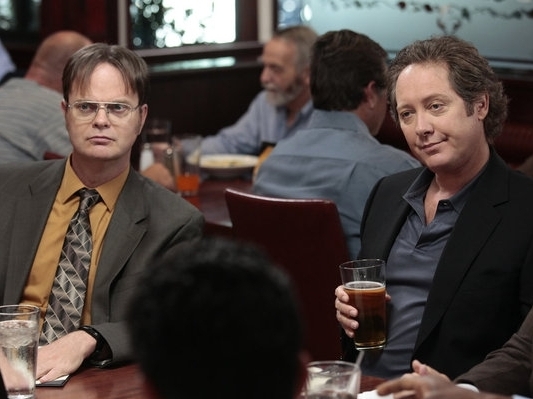 It's a charming little scene, and Danson projects everything you could hope for – likability, credibility, a little playfulness and mystery, and he wears a pair of Clark Kent glasses that makes him look different than the manipulative millionaire he played on Damages, another impressive dramatic turn. Oh, and the alien the kid saw? It was an octopus. On a tram. For reasons that aren't worth explaining.

There isn't a lot of explaining necessary regarding James Spader's new role on NBC's The Office, either. We saw his character, Robert California, in last year's season finale, as one of many applicants for the manager's job, hoping to replace Steve Carell's Michael Scott. Spader and California both passed that test – so much so that California already has been promoted, and is the new CEO. In the season premiere, he was given one lengthy monologue – which he can handle effortlessly, since that was his signature move on Boston Legal – and lots of brief, inscrutable one-liners. Again, like Danson, an instantly good fit.

Finally, there's Simon Cowell, returning to TV with an Americanized version of his British hit The X Factor. It's a very familiar competition show, even to those who have never seen the overseas version – it's part Idol, part America's Got Talent, and part The Voice. But Simon has something no other judge on any of those shows now projects: absolute authority. On X Factor as on American Idol, you listen to what the other judges have to say – but you're really waiting to hear what Simon Says. 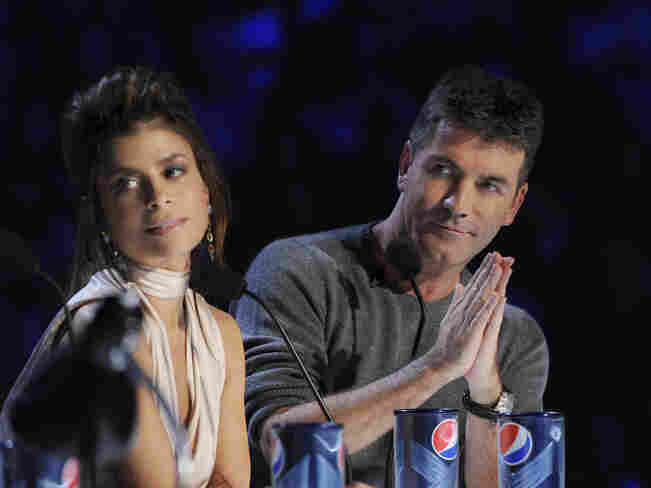 Judges Simon Cowell and Paula Abdul are back in the new NBC reality show, The X-Factor. Fox hide caption 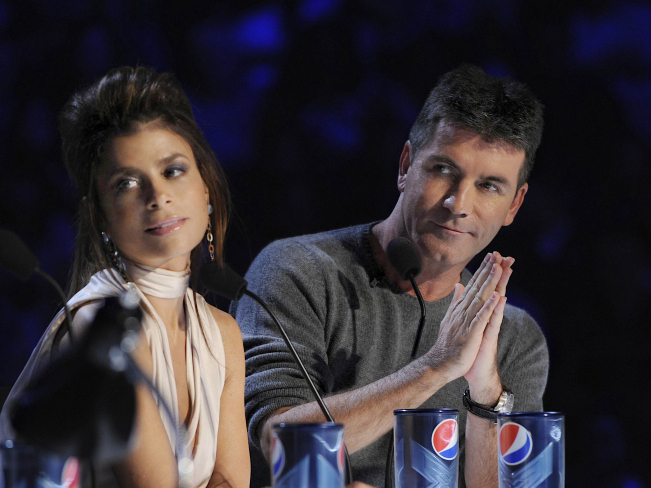 Judges Simon Cowell and Paula Abdul are back in the new NBC reality show, The X-Factor.

The premiere of The X Factor demonstrated the show's strength, in setting up emotional moments that connected not only with the large audience witnessing the auditions, but with viewers at home. Like the story of 42-year-old single mom Stacy Francis, who informed the judges, fighting back tears, that she had spent the past dozen years being told that she shouldn't pursue her musical dreams. When she finally starts singing, it's the emotion, more than the notes, that carries the day – and wows the crowd.

And then, after everyone else has raved, Simon Cowell has his say.

"I've done this a long, long time and that was one of the best auditions I have ever heard in my entire life," he says. "You did more than sing it. You believed in it."

And with those words, a new TV star is anointed.

On The X Factor, Simon Cowell proves, once again, that he knows what he's seeing and hearing – and, most of all, knows what he's doing. And that goes for Ted Danson and James Spader, who defy the lyrics in that famous Who song, "Won't Get Fooled Again."

Meet the new boss... not the same as the old boss.