Accessibility links
As 'All My Children' Ends, Susan Lucci Says Goodbye Fans have been following the drama of Pine Valley — the fictitious Philadelphia suburb where the show takes place — since 1970, and much of that drama has revolved around Lucci's character, Erica Kane. But her reign comes to an end Friday as ABC airs the soap's final episode. 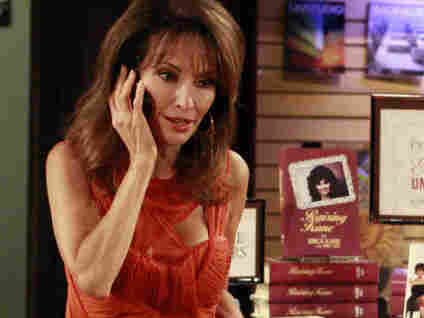 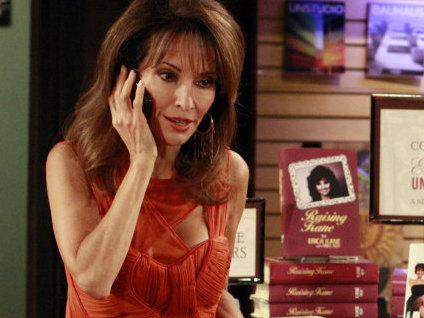 Susan Lucci's character, Erica Kane, has served time for kidnapping, been accused of murder and cheated on her fifth and sixth husband, Travis, with his brother, Jackson — who later became Kane's 10th husband.

Susan Lucci is the most famous actress in daytime drama, but her reign comes to an end on Friday, when her soap — ABC's All My Children — broadcasts its final episode.

Fans have been following the drama of Pine Valley — the fictitious Philadelphia suburb where the show takes place — since 1970, and much of that drama has revolved around Lucci's character, Erica Kane.

So when ABC decided to cancel All My Children (or, as fans say, "AMC"), Lucci was understandably unhappy. She wrote about it in the paperback edition of her memoir, All My Life.

"I went through the whole range of human emotions, sadness and disbelief and some anger," Lucci says. "It kind of messed with my sense of self-worth as a performer, and my journey through that. And at the end of the day, as I say in the chapter, I'm filled with gratitude."

Erica Kane, Pine Valley and All My Children have been a huge part of Lucci's life. She first stepped into the role when the program began in 1970: Lucci was 22 and just out of college; Erica was a tempestuous 15-year-old girl who always wanted to be the center of attention.

"Erica Kane was a spectacular role for any actress to play, and I felt so lucky to be the one who got to do it," Lucci says. "To find the part of a 15-year-old girl that was that juicy and had that much potential, I really thought Erica Kane had the possibility to be a modern-day Scarlett O'Hara."

Erica and All My Children creator Agnes Nixon gave Lucci plenty of room to hone her craft. When Nixon wanted to write a gay character into the program, she made that character Erica's daughter because Erica was the most popular character and Lucci could handle it.

Lucci says the role she has played for 40 years wasn't exactly Sophie's Choice, but it was still pretty sensational.

"I got to do the romance and I got to do the ladies room brawls and the knock-down drag-outs and all of that, so I got to play a lot of range within that part," she says. 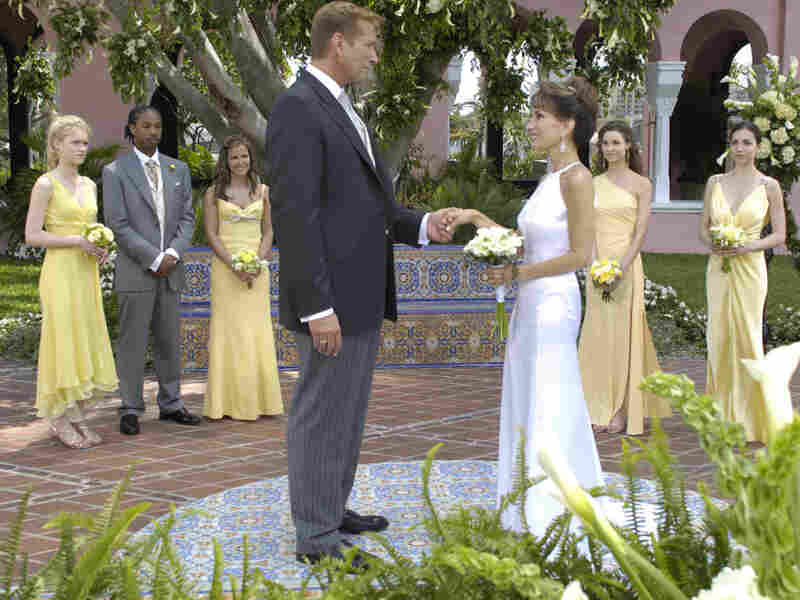 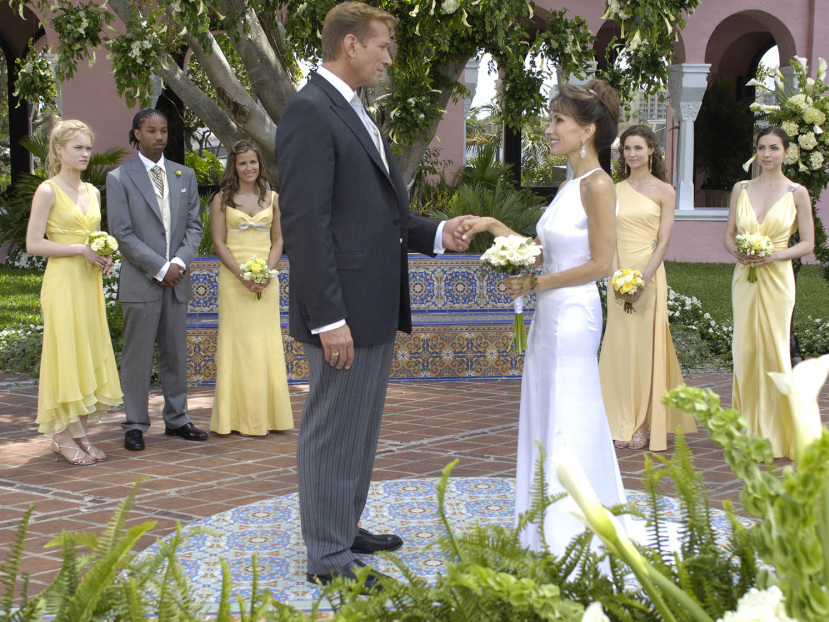 All My Children characters Erica Kane (Susan Lucci) and Jackson Montgomery (Walt Wiley) married in 2005. It was Kane's 10th marriage.

Millions of people in the U.S. feel that they are intimately acquainted with Lucci — both as Erica and as herself — but there are two things that even those who aren't so well acquainted with her know: Erica by the numbers — in this case, the numbers 19 and 11.

The number 19 represents the number of times Lucci was nominated for an Emmy award.

"On my 19th nomination, I did finally win the Emmy for best actress, and I was just so amazed to win and so thrilled to win. I loved being nominated and I made no secret about that. It's really a rush to be nominated by your peers in the industry," she says. "But winning is the best; winning is better."

On that fateful night in May 1999, Lucci accepted her award to a standing ovation and, in some cases, tears from the audience.

"I truly never believed that this would happen," she told the crowd. "I wasn't meant to get this award before tonight, because if I had I wouldn't have that collection of poems and letters and drawings and balloons and chocolate cakes you made me all this time to make me feel better."

The other Erica Kane number, 11, represents the number of times Erica has been married, almost always in some breathtaking bridal gown that would make even Kate Middleton jealous.

Lucci, on the other hand, has been married to the same man for more than 40 years. She has two grown children, and she's a grandmother. She says that, luckily, she's never had to explain the differences between her and her character to her children.

"When my daughter was about 5 years old, one summer day she looked at me and she said, 'Mommy, how do you act like Erica Kane?' And she tossed her little hair, like Erica did," Lucci says. "And I was just so thrilled that my daughter saw the difference, that she knew there was a difference. That made me feel so happy."

From Soaps To Salad

When Erica and the denizens of Pine Valley take their final bows on Friday, it may not actually be the end. All My Children may move to the Web — and Susan Lucci may move with it.

"My heart is certainly there with Agnes Nixon, with All My Children, with Erica Kane, with our incredibly passionate viewership, our fans," Lucci says of the Web show possibility. "I would love to."

But starting on Monday, should you turn to that old familiar ABC time slot, instead of All My Children, you'll get the food talk show The Chew; and instead of soaps, you'll get salad.