All week, NPR Music has been examining the legacy and impact of Nirvana's Nevermind, which was released (gulp) 20 years ago this week. Today, we're taking a momentary break from Song Of The Day's usual format to look at a real-life epiphany that could have been ripped straight out of a cheesy movie about the year punk broke.

In August 1991, I became the 19-year-old music director of what was then known as WLHA, a 1.5-watt student radio station in Madison, Wis. WLHA had been defunct for much of the calendar year when I took the "job" to kick off my sophomore year, and my first order of business was to flesh out our CD library beyond the robust zero titles it contained upon my arrival. We'd bought a CD player with part of our $2,000 annual budget, so I was only too happy to start ripping open packages and trying stuff out.

The very first package I opened — and I swear this is true — contained the song "Smells Like Teen Spirit," on both CD and vinyl, along with a black Nirvana T-shirt that read on the back, "Flower Sniffin Kitty Pettin Baby Kissin Corporate Rock Whores." When you're 19 and it's 1991, that sort of self-aggrandizing self-deprecation is like catnip: I couldn't wait to take the whole bundle home and put on the shirt and the CD, even though I, as a 19-year-old nerd raised just out of reach of the nearest college radio station, hadn't even heard of Nirvana at that point. There was no side-choosing comparison to Bleach for me; no chin-stroking about whether Nirvana had sold out by signing to Geffen, or whether Butch Vig's production was too glossy and polished. Just a band whose T-shirt I liked, whose first major-label single was the very first song I'd sample as a college-radio music director. 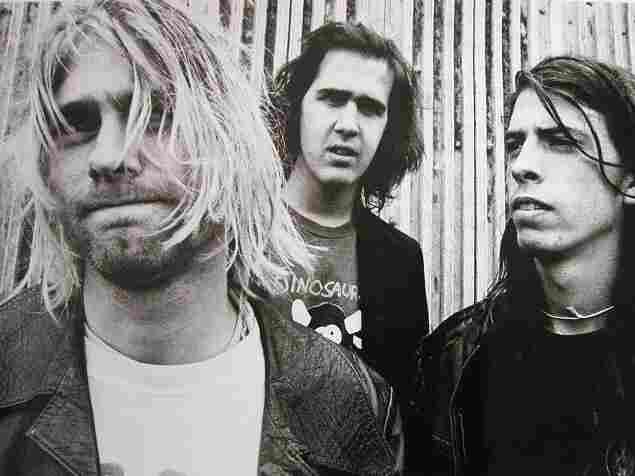 Twenty years ago, hearing Nirvana's "Smells Like Teen Spirit" for the first time felt like an out-of-body experience. Courtesy of the artist hide caption 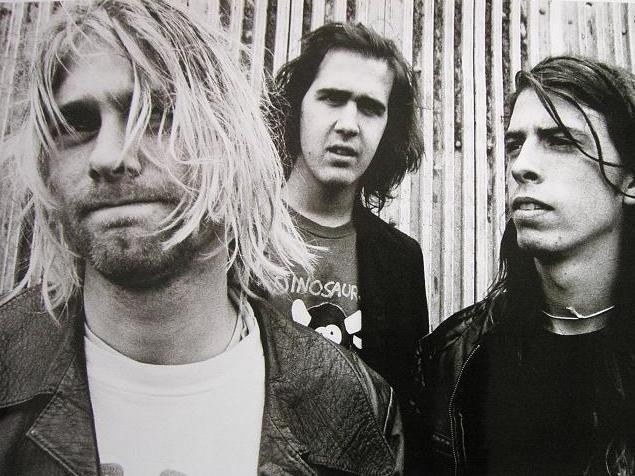 Twenty years ago, hearing Nirvana's "Smells Like Teen Spirit" for the first time felt like an out-of-body experience.

When I put it on, "Smells Like Teen Spirit" was like an out-of-body experience; the epiphany was in full swing by the end of the first chorus. This was instantly one of the best rock songs I'd ever heard — one of the best pop songs, too — even though I was miles away from knowing what any of the words were, let alone meant. It's so easy to wrap "Smells Like Teen Spirit" like a mummy in spools of nostalgia; to view it through the prism of Kurt Cobain's suicide, the endlessly replayed video, the second- and third- and tenth-generation imitators that sprang up, or the "Weird Al" Yankovic parody. For me, hundreds if not thousands of listens later, it still sends me hurtling to that first moment of blissed-out, mouth-agape discovery — looking back 20 years later, it was that exact thrill that fully kicked off my career. Discovering something new and strange and beautiful and utterly accessible, and yet still undiscovered by so many? It's like a drug, then and now and always.

So much of the mythology surrounding "Smells Like Teen Spirit" as a pop-cultural clarion call gets overstated. The hair-metal "Cherry Pie" cheese it's supposed to have vanquished single-handedly was already on its way out, and even then lingered on the pop charts well into the '90s. Much of the tortured, joyless rock Nirvana helped inspire was no better, really. Every cultural movement is a series of advances and retreats, of unintended consequences and misbegotten compromises, and grunge was no different. But, boy, did "Smells Like Teen Spirit" change my life. You can't thank a song, and the man who lent it his voice has been gone for 17 years now. But, 20 years later, "Smells Like Teen Spirit" — like the man who sang it — is still worth celebrating.