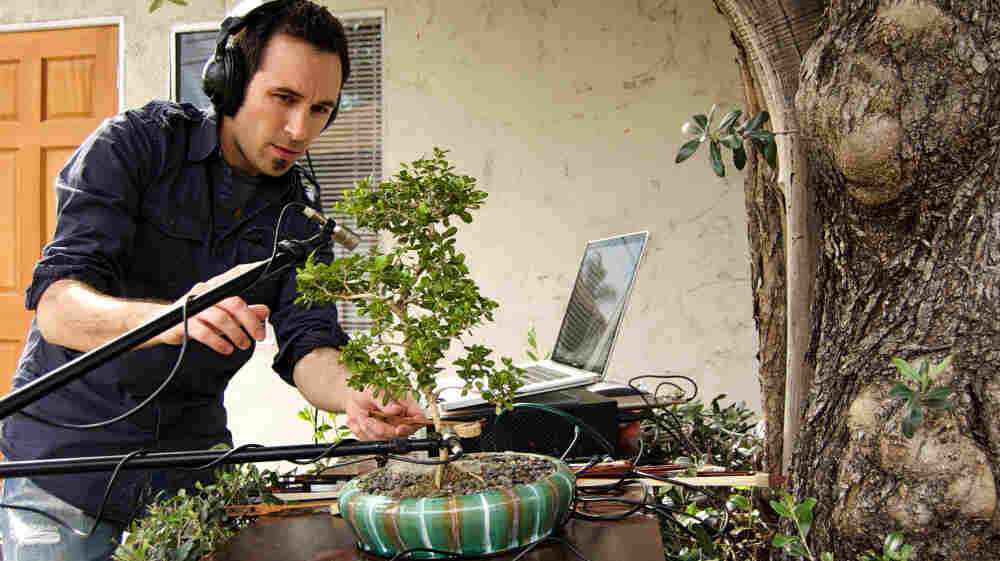 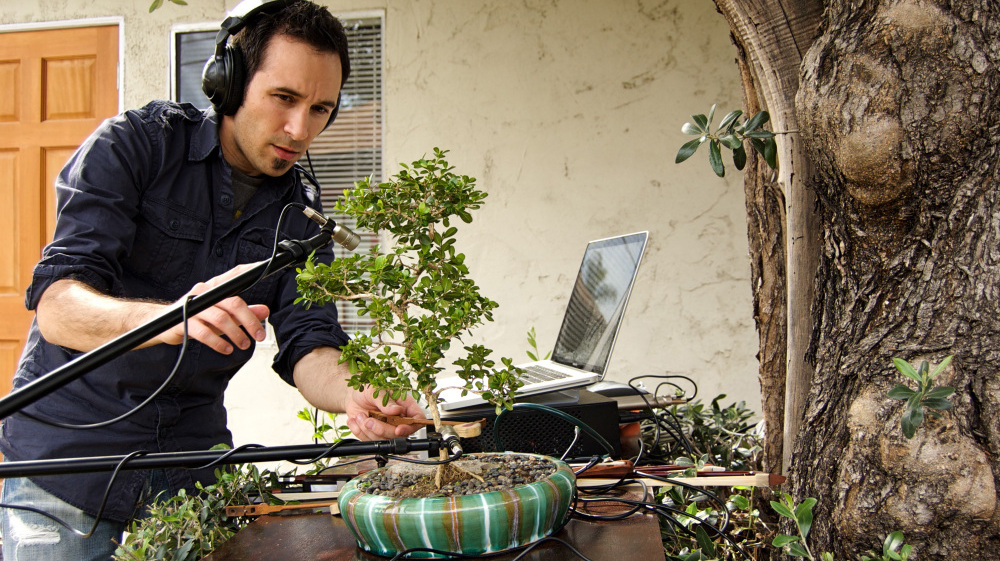 "I was probably 12 when I trashed my first electric guitar," Diego Stocco says. "I totally disassembled it, and I wasn't able to put it back together."

It wasn't Stocco's first such experience; a year or two earlier, he'd been dismissed from music conservatory after sawing his violin in half.

"Music from a Dry Cleaner"

Youthful rebellion wasn't to blame. Instead, Stocco was indulging a budding curiosity in the more unconventional ways music can be made — one that would lead him to his current occupation as a composer and sound designer with a mad-scientist streak.

Speaking with Guy Raz of weekends on All Things Considered, Stocco says he finds much of his inspiration in the mundane sounds of everyday life — for example, the ones he hears walking past his local dry cleaner in Burbank, Calif.

"Every day I hear these steam sounds, these clicks and mechanical things, coming out of the front door," Stocco says. "One day, I just went in and asked the owners if I could record a piece of music by using their equipment and the sounds that I could hear in that room as musical instruments. They didn't really understand very well what I was trying to do, but I promised them I wasn't going to break anything."

Stocco has also found his muse in the natural world. In one piece, he conjures rhythm and even melody by exploring the different parts of a tree: banging the trunk, shaking the leaves, stroking the skinniest twigs with a string bow. In another, he works exclusively with sand: pouring it, slapping it, swirling it in glass bowls. When he does use traditional instruments, it is as fodder for his invented ones — like the Experibass, which incorporates a double bass, a cello, a violin and a viola into one body.

"Experimentation with instruments is vital. It keeps music growing and changing and becoming something else," Stocco says. "There was much more creativity going on 2[00], 300 years ago. But then, somehow, the industry focused on specific instruments, and those are the ones that became mainstream."

That hard-line philosophy hasn't kept him from getting mainstream gigs. Stocco worked with Hans Zimmer on the soundtrack for the 2009 Sherlock Holmes remake, and some of his sounds are featured in the score of the new film Contagion.

"I really love creating a sound first, and the music after," he says. "It's the instrument that tells me what music I can play with it."

"Music from a Tree"