Accessibility links
Rin Tin Tin: From Battlefield To Hollywood, A Story Of Friendship Susan Orlean's new book about one of cinema's great dogs argues that Rin Tin Tin wasn't just a dog doing tricks, but an actor who could emote and affect audiences. 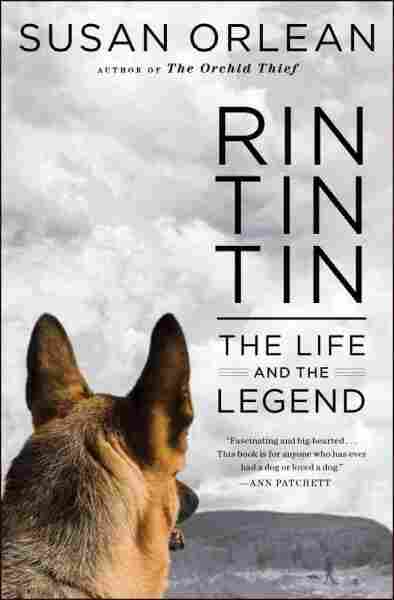 The story of how Rin Tin Tin became one of the most celebrated animals in film history is almost as Hollywood-tinged as cinema itself.

The short version: Lee Duncan, an American serviceman during World War I, found a mostly destroyed dog kennel right on the field of battle. Duncan rescued the pup who became Rin Tin Tin, brought him home to California, and later put him in the movies.

Author Susan Orlean's new book, Rin Tin Tin: The Life And The Legend, traces the history of Duncan and "Rinty," as Duncan called him, exploring both the career of a very famous dog and the relationship he shared with the owner who both adored him as a pet and turned him into a very profitable business. On Weekend Edition Saturday, Orlean talks to Scott Simon about some of what she discovered in researching this unusual partnership between a man and his dog.

It wasn't a coincidence, she says, that Duncan was the one to rescue a pup who had no one; he had spent five years in an orphanage himself as a child. Even when the same mother who had left him there came back to get him, she took him to live with her parents on an isolated property with no other kids around. He did, however, get a dog. So perhaps it's no surprise that later, on the field of battle, surrounded by the death of the war, Duncan once again got a dog. 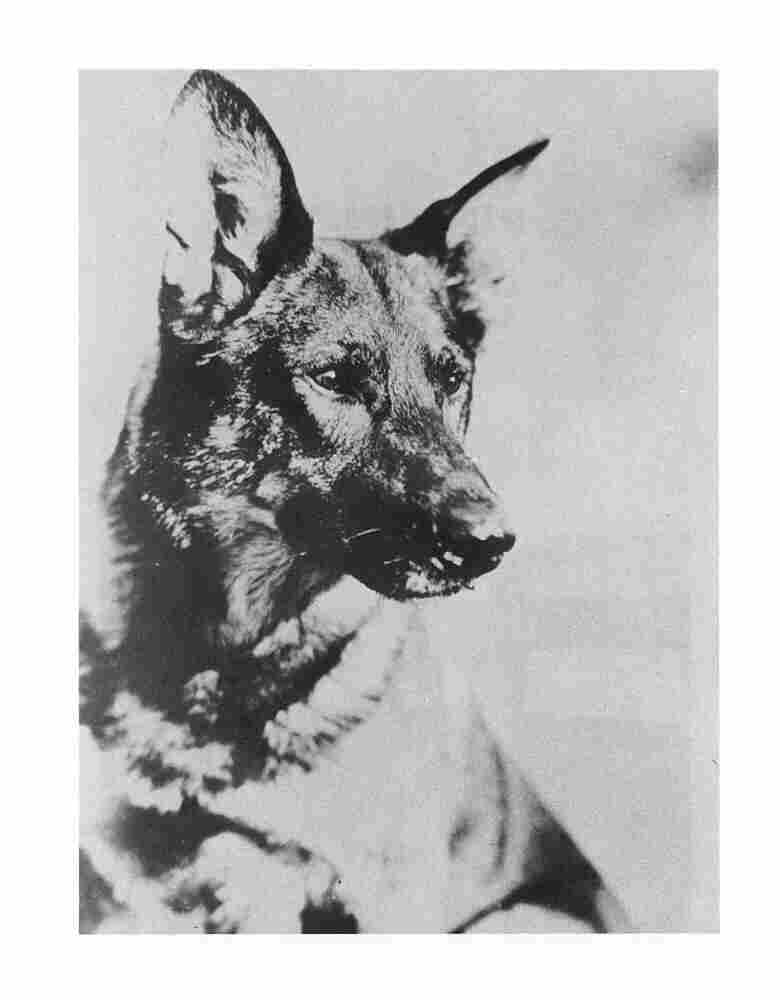 The original Rin Tin Tin was born in 1918 and died in 1932. Courtesy of Simon and Schuster hide caption 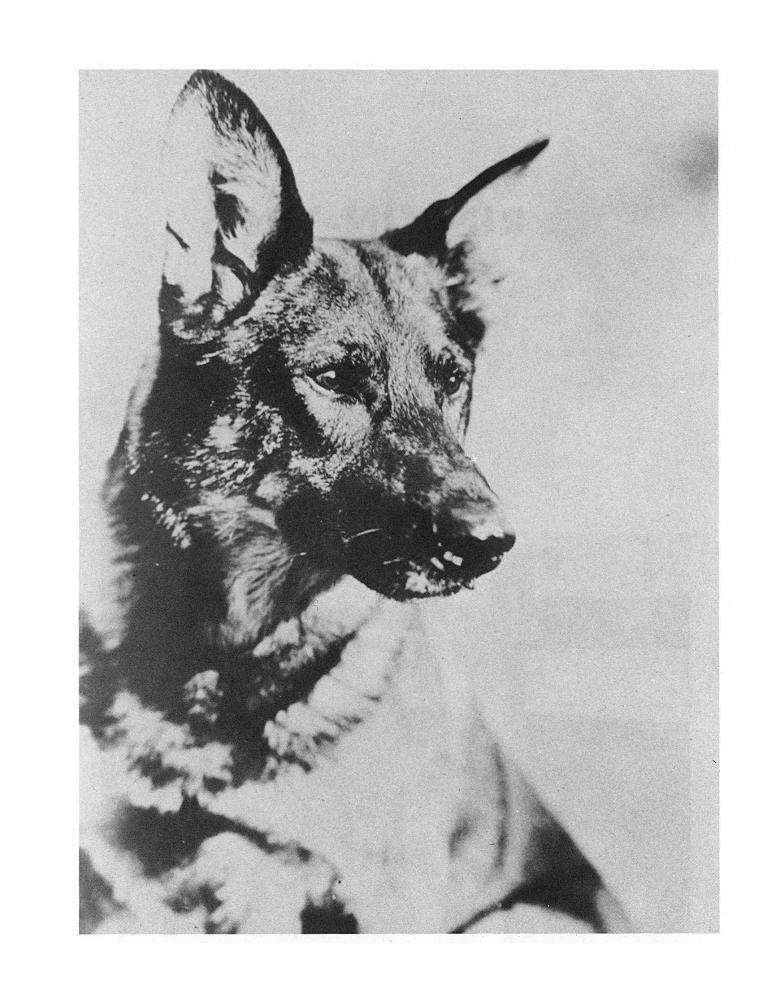 And not just any dog, Orlean argues, but an actor — one who, in the silent era where no one could speak, was on par with human actors. She uses Clash Of The Wolves — the film Scott Simon calls "his Hamlet" — to point out that in addition to being a fine action star and athlete, Rin Tin Tin had a face that was "immensely expressive." The film required Rinty to play scenes in which his character, if it can be called that, believes himself to be leaving his pack to die. "You're really affected by the look on his face and his performance," she says.

But whatever you believe about whether a dog can act, Rin Tin Tin shared one critical quality with the human actors of his time: He could not live forever. But after he was gone, Duncan was determined to keep the legacy alive, and would give Rinty's progeny to people who told him they'd always dreamed of having a dog just like him. 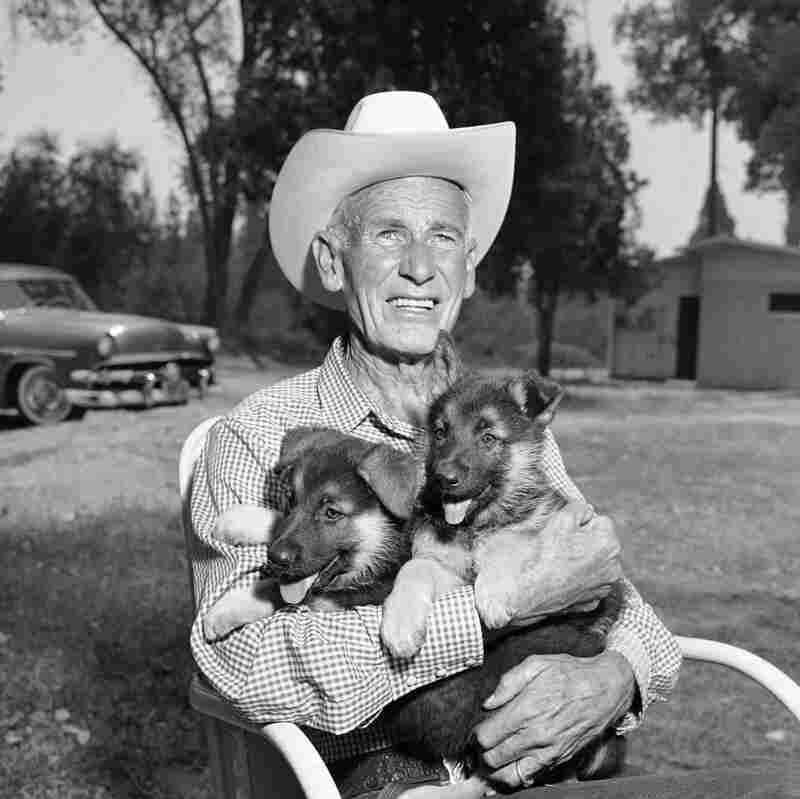 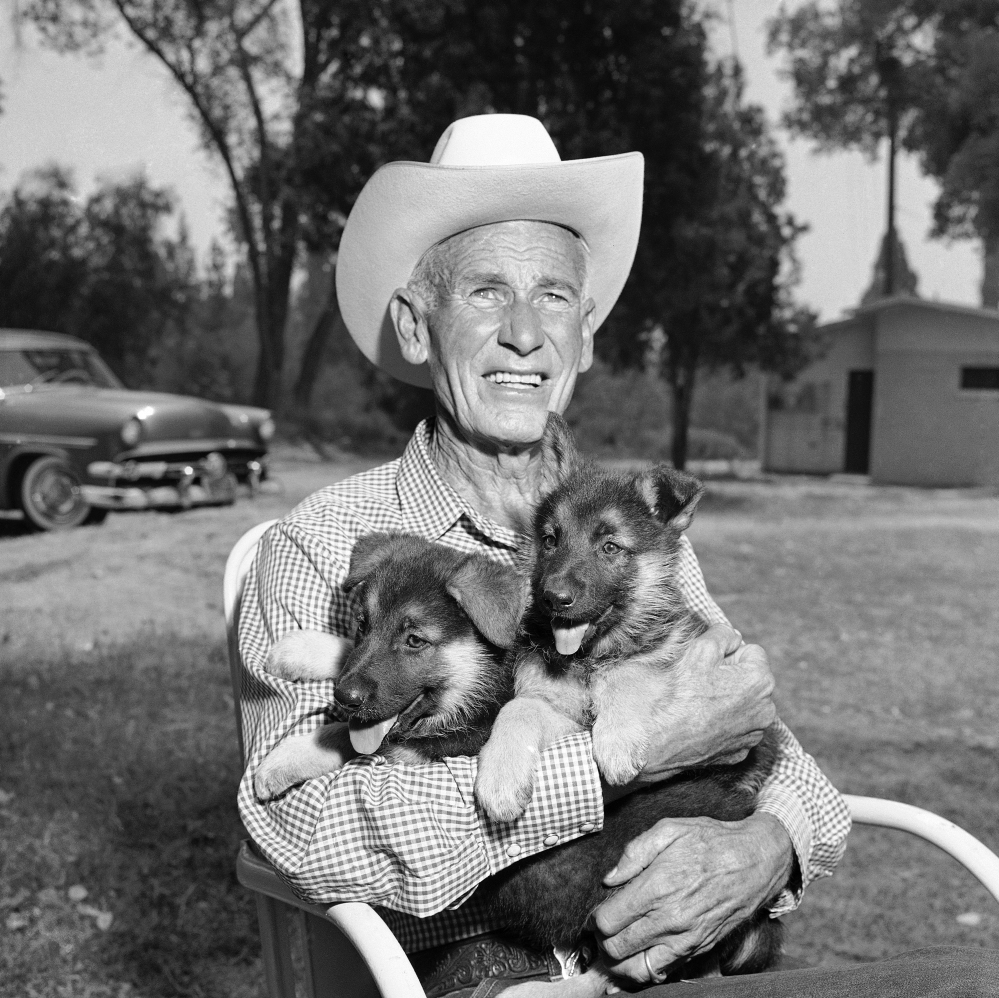 The death of this particular dog set off a national response: there was a news bulletin that interrupted regular programming, and the next day, there was an hourlong broadcast about Rin Tin Tin that played across the country. What's more, rumors flew about the precise circumstances in which the dog died, perhaps even that he died in the arms of Jean Harlow. Orlean says Rin Tin Tin's death, in this way, was "just like every other Hollywood death; much legend surrounded it."

Duncan wrote a poem called "Rin Tin Tin," which captures some of what he admired so much about his dog. It's reproduced here as it appears in the original, which you will see in a photo below.

Alert and ready for my slightest word,
Rin Tin Tin I so often watch you stand;
Eager to serve me for that high reward-
A smile, or just a light touch of my hand.

Deaf to allurements of those standing by
when I am near, and deaf when I'm away.
Forever overjoyed at my return
However brief or lengthy is my stay.

Believing in me always, tho I fail,
Your trust you gave but once, and that to me.
Your's are the qualities that men hold high,
Strength and pride and love and loyalty.

Wherever led my path you'd walk my way.
And gladly give your life my own to save.
Enduring pain and hunger, heat and cold-
And broken hearted die upon my grave.

A real unselfish love like yours, old pal,
Is something I shall never know again;
And I must always be a better man,
Because you loved me greatly, Rin Tin Tin. 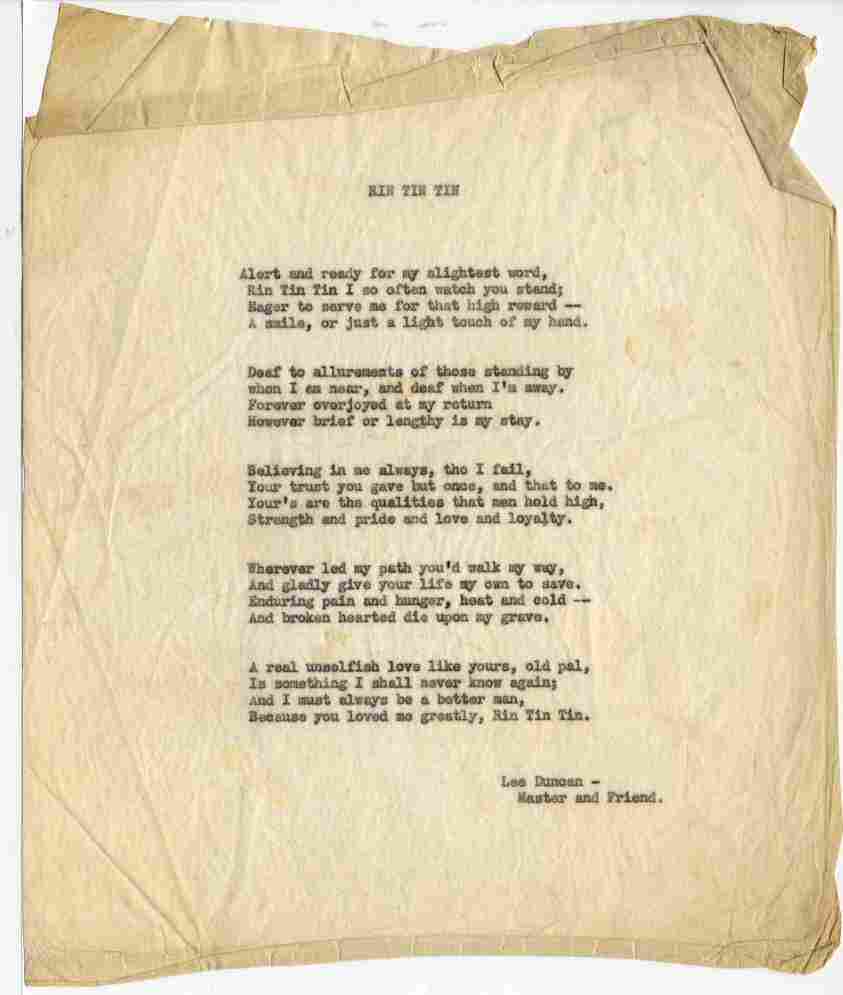