Accessibility links
'Barlande': A Father And Son's Intense Conversation Gaspar Claus and Pedro Soler's collaboration is not strictly flamenco. It channels the raw, pure form of the style they learned from Spanish ex-pats in France to talk across generations. 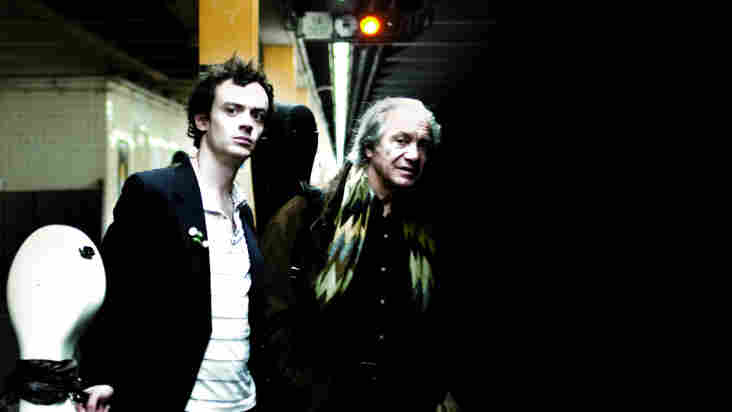 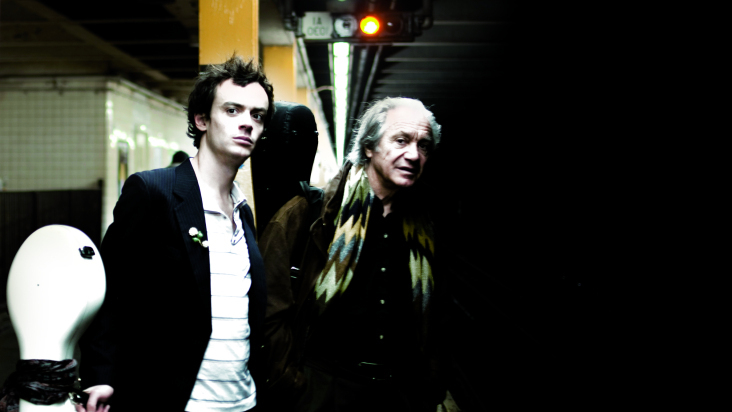 The relationship between a father and son is always complicated: Simply talking to one another can seem impossible. But an extended conversation has been taking place between one father and his son, with surprising results. Pedro Soler and Gaspar Claus are musicians, separated in age by 45 years. Claus grew up listening to his father, a renowned flamenco guitarist. Now, the two have recorded an album together called Barlande.

Soler learned to play when he was growing up in Toulouse, in the south of France.

Toulouse became home to dancers and musicians who'd fled the dictatorship of Francisco Franco. Soler, 73, says he was initiated into flamenco by these exiled artists — that in Toulouse they were free to perform a rawer, purer form of flamenco than they could under the dictator.

Soler mastered the older music and built a reputation accompanying some of the most famous flamenco dancers and singers. They were regular guests at the home the guitarist shared with his wife and two children. But it was classical music and the cello that captured his young son's imagination after hearing a string quartet. Claus entered conservatory when he was 7, and he and his father would sometimes improvise on Baroque music.

"I remember that we improvised together on the 'Folies d'Espagne' (by Marin Marais)," Claus says. "That was maybe one of my first experiences of improvisation."

His father jumps in.

"The flamenco — you know that flamenco is not a written music. It's improvisation with very strong ..." Soler searches for the word in English, then says in French, "des regles." His son translates: "rules." Dad continues: "But we can improvise."

Giving Up To Build A New Relationship

After more than a decade of formal studies, Claus says he got fed up with the conservatory's strict approach to technique and repertoire. So he quit, and didn't touch the cello for five years.

"This instrument was in my room, and it was silence, and you know a silent instrument is a dead instrument," he says. "But for me, I felt guilty all this time of having this instrument in my room and not giving him the possibility of giving a sound. So I came back, and I didn't know how to play anymore the cello."

Claus began experimenting with the sounds he could make by drawing his bow a certain way, or at a different place on the strings than his studies had dictated.

"I think a lot of what they're doing is about sound," says Bryce Dessner, guitarist with the moody rock band The National, who produced the album Soler and Claus made together. "Pedro has an incredible sound — his guitar sound is just spectacular. Gaspar — his sense of what he's doing is, you know, half the time he might be playing one note, but you're hearing four just based on his use of overtones. He has a very developed sense of the right hand with his bow."

Soler and Claus both say they share a similar approach to music, but they come at it from two very different directions. Soler is steeped in an ancient way of playing flamenco; Claus has traveled the world as a sound engineer for filmmaker Vincent Moon and played cello with Japanese experimental musicians. Soler says these experiences have allowed them to get closer to that raw, pure form of flamenco he'd heard as a child in Toulouse.

"The new tendency of flamenco is to be nice music, beautiful music," the guitarist says, perhaps alluding to the current popularity of such polished performers as Paco de Lucia. "And the flamenco was not that. Was un grito — a cry." Claus interjects: "A scream." Soler continues: "Scream. Flamenco is crazy music. And Gaspar, in his way, is developing crazy music. That — for me — that is the most important similarity. Because the voice of the flamenco artist is not a good voice. It's a true expression, hard expression."

A Father And Son On Equal Footing

Soler says his son expresses himself without constraints — while he holds on to the strict rules of flamenco. Yet their collaboration is not strictly flamenco, and Soler is not playing the traditional role of guitar accompanist to the cello's "voice." It's a conversation between two equals, and it took six years for them to get to the point where they wanted to commit the music to disc. Dessner was the perfect choice to produce — he'd gotten to known the father and son personally, and he's got a master's degree in classical guitar performance from Yale. He says things got interesting in the studio.

"They have a very special relationship as a family — very open, very creative, very artistic," Dessner says. "They're not afraid to disagree. So there was a fair amount of me mediating between the two of them. There were hard days. There were days where one of them would storm out and not speak to the other one for a few hours and come back, and we'd do something incredible. It was a pretty intense process. It went on for about three weeks."

"Any relationship with a father is intense," Claus says. "The difference [in our case] is in the way of expressing this relationship. We play music together, and I think that there are some things that we can tell each other using music that usually a son and a father has difficulty to express. It's not easy to say 'I love you' to a father."

For his part, Soler says he's happy with the record because he had a sensitive, sincere playing partner — and that he doesn't think the fact that it was his son had a lot of influence on the outcome. Claus says that "makes me smile."

"Somewhere, when I close my eyes while playing with my father and I listen to his guitar, it brings me back to my childhood and to this sound which is under my skin because I grew up with it," Claus says. "I have always seen my father living with his guitar, and I had a lot of fantasy about where he was going and it was, like, maybe a secret dream of me as a child to follow him. And now, I am following him."

Gaspar Claus says the album came together a bit by itself — a beautiful gift, he calls it, that life gave him and his father, and one he'll cherish for the rest of his life.