Accessibility links
37 Years And Halfway Through Encyclopaedia Iranica In 1974, Columbia University professor Ehsan Yarshater began a comprehensive encyclopedia of Iranian history. Now, he's 91 years old and at the letter K. Tell Me More explores the project's scope and significance with Yarshater and contributor Ahmad Karimi-Hakkak, director of the Roshan Center for Persian Studies at the University of Maryland. 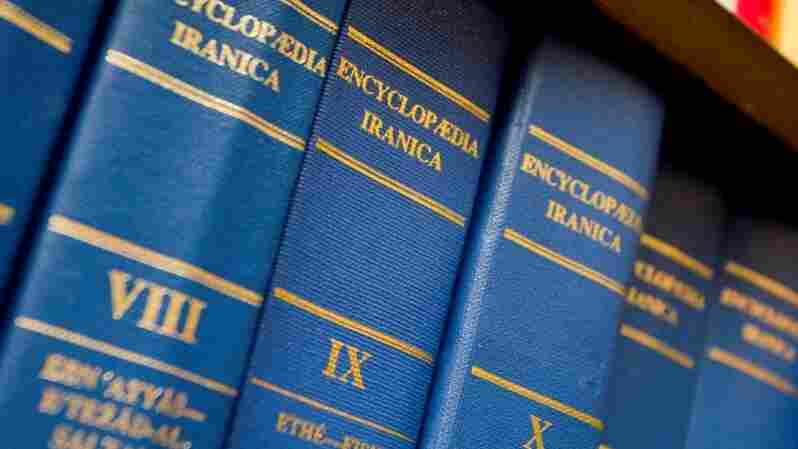 The work on Encyclopaedia Iranica began in 1974. After nearly four decades, the project has completed 15 volumes and has reached the letter K. Sam Guzik hide caption 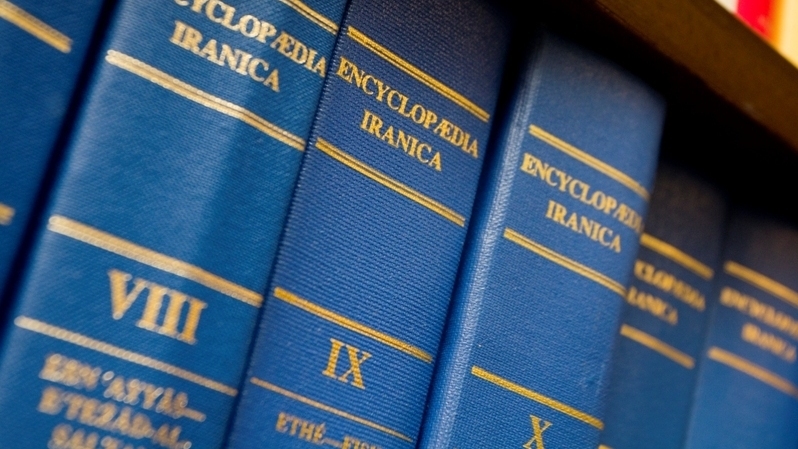 The work on Encyclopaedia Iranica began in 1974. After nearly four decades, the project has completed 15 volumes and has reached the letter K.

In 1958, professor Ehsan Yarshater began teaching at Columbia University in New York. He was part of a generation of Iranian academics who sought training in the West.

He was always concerned about the difficulty of finding comprehensive, accurate and precise sources on Iran's ancient civilization — let alone find them in English.

"I had this ideal in my mind," Yarshater tells NPR, "that there would be an encyclopedia which would respond to all possible legitimate questions about Iran and its history and its civilization." 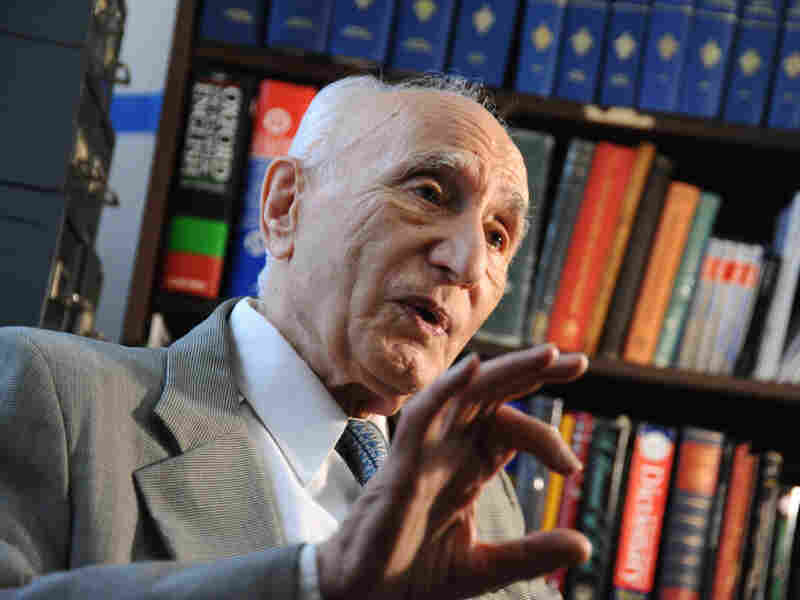 Professor Ehsan Yarshater in his office at Columbia University's Center for Iranian Studies. At 91 years old, Yarshater still works 12-hour days. He says that's because there is far too much work to do. Eileen Barroso hide caption 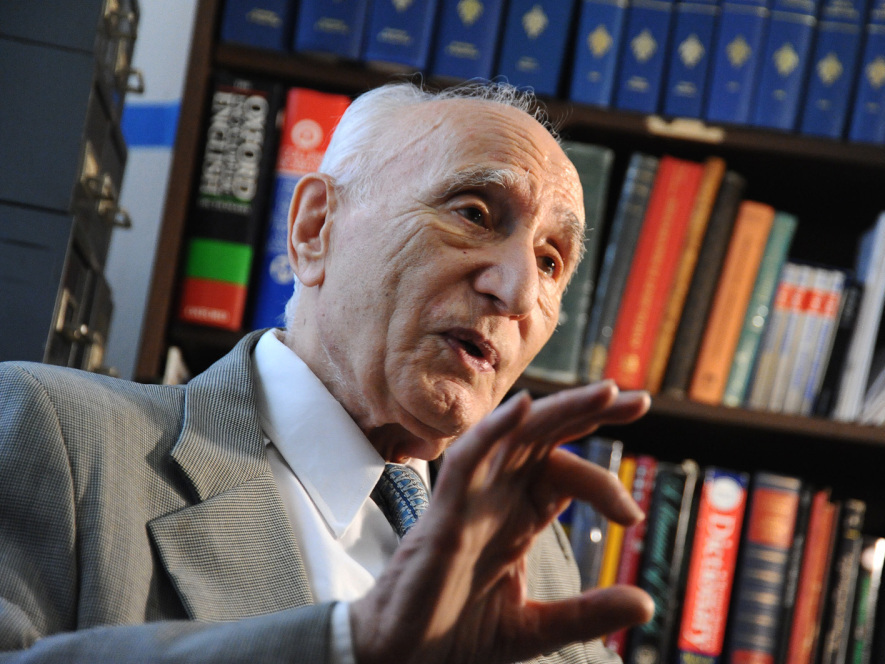 Professor Ehsan Yarshater in his office at Columbia University's Center for Iranian Studies. At 91 years old, Yarshater still works 12-hour days. He says that's because there is far too much work to do.

He aimed for an encyclopedia that would cover Iran's ancient civilization up to its present days. There would be no quick summaries, no hearsay, no instant takes.

"For each topic, we should choose absolutely, the best scholar in the entire world," says Yarshater.

The project began in 1974. The professor has called upon almost 1,500 contributors, who have composed more than 6,000 encyclopedia entries.

"I do not believe that any other country — that I know — has gone for such an extensive and vast project," Yarshater says.

The project is so extensive that in 37 years, he and his team have reached only the letter K.

One of the contributors to this project is professor Ahmad Karimi-Hakkak, director of the Roshan Center for Persian Studies at the University of Maryland. In an interview with NPR's Jacki Lyden, he recalls his first reaction to Yarshater's project: "This man is thinking the impossible."

"As a scholar, he has a universal mind," Karimi-Hakkak says. "He has the kind of brain that can accommodate everything from linguistics to literature to social sciences and to every aspect of Iran."

He says the vastness of the project is a tribute to Yarshater's vision. "He has set the bar so high that we all have to run to catch up to his standards, and the kind of quality he demands of every one of us."

Karimi-Hakkak was tasked with writing the entry about a 20th century poet, Farroki Yazdi, who is famously known among Iranians as the man whose lips were sewn by government authorities.

As Karimi-Hakkak investigated the incident, he found that he couldn't verify this kind of government action — and in fact there was documentation indicating it never happened.

The encyclopedia published his entry, and he immediately got letters from colleagues in Iran imploring him to double-check his sources. He even received a letter saying, even if this didn't happen, he shouldn't have mentioned it. "Because it illustrates censorship, the violence of it so vividly, that regardless of whether it happened or not people need mythology," says Karimi-Hakkak.

Karimi-Hakkak teaches Persian literature to students at the University of Maryland. With the Internet at their fingertips, he requires only reputable sources, such as the Encyclopaedia Iranica.

"The level of detail the Encyclopaedia Iranica goes into is simply unprecedented," he says.

As research grows to be more sophisticated, the encyclopedia is one source that future generations will continue to seek out and appreciate, he says.

"This is a project ahead of its time."

Yarshater serves as the editor of Encyclopaedia Iranica and is the director of Columbia University's Center for Iranian Studies.

At 91, he has chosen his replacements, but he still works 12-hour days.

He used to rest for an hour after lunch but he says he can't do that anymore. There is far too much work to do.