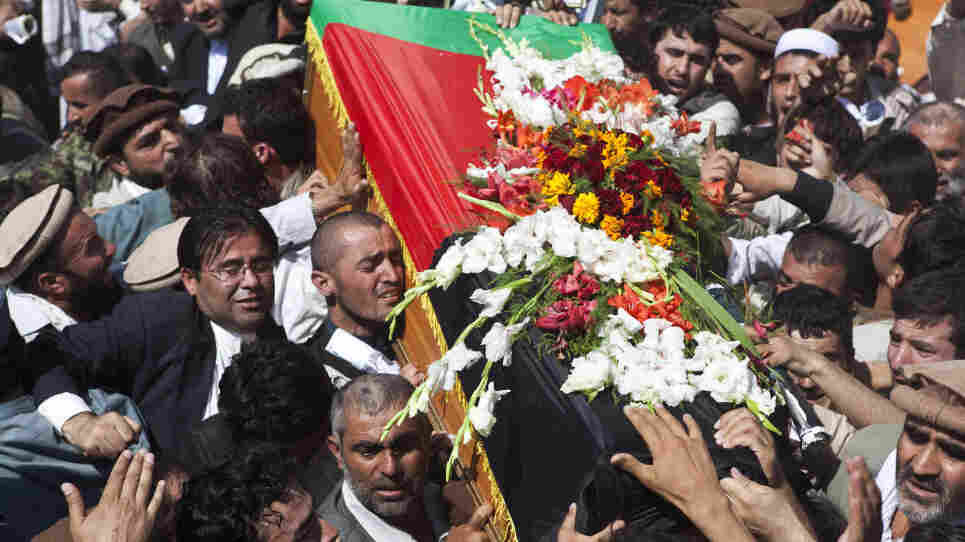 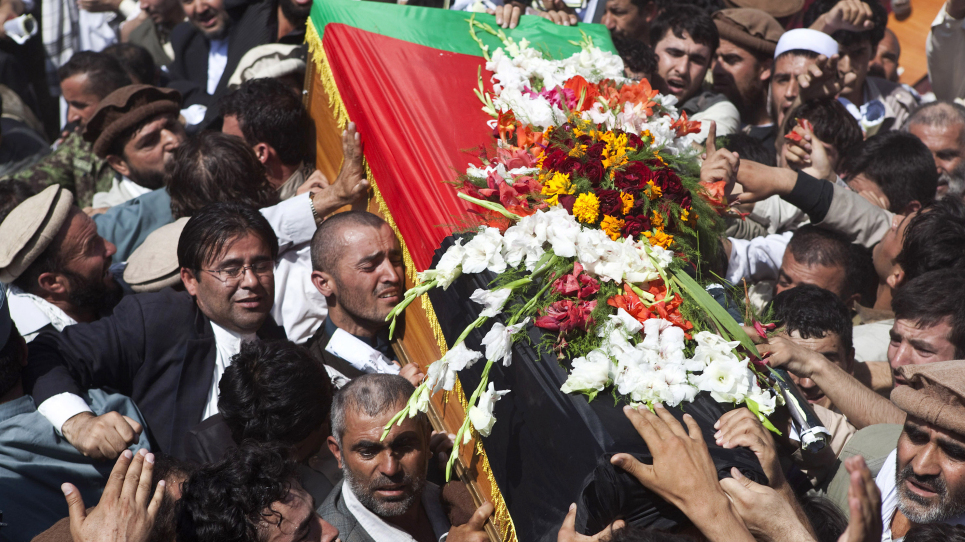 Afghans carry the coffin of Afghanistan High Peace Council head and former President Burhanuddin Rabbani during his burial ceremony in Kabul, Sept. 23. A suicide bomber assassinated Rabbani on Sept. 20, which further complicates the thorny issue of negotiating with the Taliban.

Afghanistan buried a former president last week, but there is concern in Kabul that something else may have been buried as well: the peace process. In nearly two years since the U.S. opened the prospect of negotiations with the Taliban, progress has been hard to discern.

The assassination of Burhanuddin Rabbani, who was also the head of Afghanistan's High Peace Council, may have quashed any negotiations that were under way. It also may have given new strength to those who never supported the idea of talking with the Taliban.

Afghan President Hamid Karzai eulogized Rabbani, who was killed Sept. 20 by a suicide bomber, as a peacemaker.

A year ago, as the High Peace Council was being formed, Karzai said, Rabbani asked to lead the effort to reconcile with the Taliban and end the war. Rabbani undertook this responsibility with full sincerity and devotion, Karzai said. 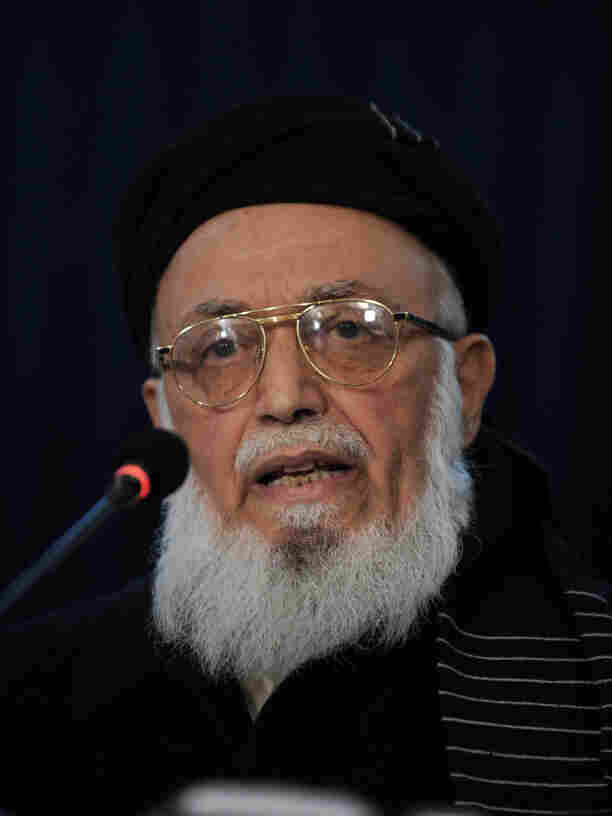 Ethnic Tajik warloard Rabbani (shown here in January) was considered a bitter enemy of the Taliban and other Pashtun factions. His selection to the High Peace Council a year ago surprised many people. Shah Marai/AFP/Getty Images hide caption

At his funeral Sept. 23, thousands of Afghans paid respects to the former president. But a year ago, Rabbani's selection prompted great skepticism. As an ethnic Tajik who had been involved in Afghanistan's wars for decades, Rabbani was considered a bitter enemy of the Taliban and other Pashtun factions.

Kate Clark is with the Kabul-based Afghan Analysts Network

Clark says Rabbani's presidency from 1992 to 1996 is remembered for the civil war that devastated the country. When the U.S. and Afghan allies ousted the Taliban in 2001, Rabbani raced back to his one-time residence in Kabul. It took months to convince him to vacate the presidential palace — and he spent all $8 million that remained in the treasury before he left, according to Clark.

Still, she says Rabbani's assassination is a huge blow to the prospect of negotiations — if it was indeed a Taliban operation.

"If it was the Taliban, if it was an authorized Taliban hit from the [leadership in the Pakistani city of Quetta], then peace talks [are] off the books at the moment," Clark says.

The Taliban has sent contradictory messages, without a clear denial of responsibility for the murder. Afghan authorities have arrested an ex-Taliban official who they say facilitated Rabbani's meeting with the suicide bomber.

One former Afghan government official blames Pakistan for the assassination. He said it was designed to warn the Afghans, the Americans and even the Taliban themselves that no peace deal is possible without Pakistan's consent.

But some Afghan negotiators say the peace process has been muddled and confusing from the outset.

Hakim Mujahid is a former Taliban minister who serves on the High Peace Council.

"This kind of poor activities, this kind of weak approach, have inflicted a great loss for the process of reconciliation," he says.

Mujahid says he and other members were never informed about the meeting Rabbani was setting up.

And he says there have been too many channels of communication open without any coordination — leading to very public blunders, like the Pakistani shopkeeper who last year convinced American and Afghan officials he was a Taliban envoy.

On top of such weak foundations, the Rabbani assassination may have ended talks before they ever began. Attaulah Luddin, who also sits on the High Peace Council, says the killing destroyed any notion of trust or confidence.

"It's an insult to the whole peace process, to international rules, Afghan aspirations for peace," he says.

The only problem, says Luddin, is that it's impossible to solve Afghanistan's conflict through force of arms. He and many others say that if the U.S., the Afghan government and Pakistan do not make a serious effort at peace talks, the result will be another devastating civil war, as soon as American troops leave in 2014.