Accessibility links
How Psychology Solved The Mystery Of A Lost Shipwreck In November 1941, two warships from Australia and Germany clashed off the coast of western Australia. Both sank. Despite extensive search efforts during and after World War II, the ships weren't found until 2008, after a team of psychologists analyzed the statements given by the surviving German crew members. 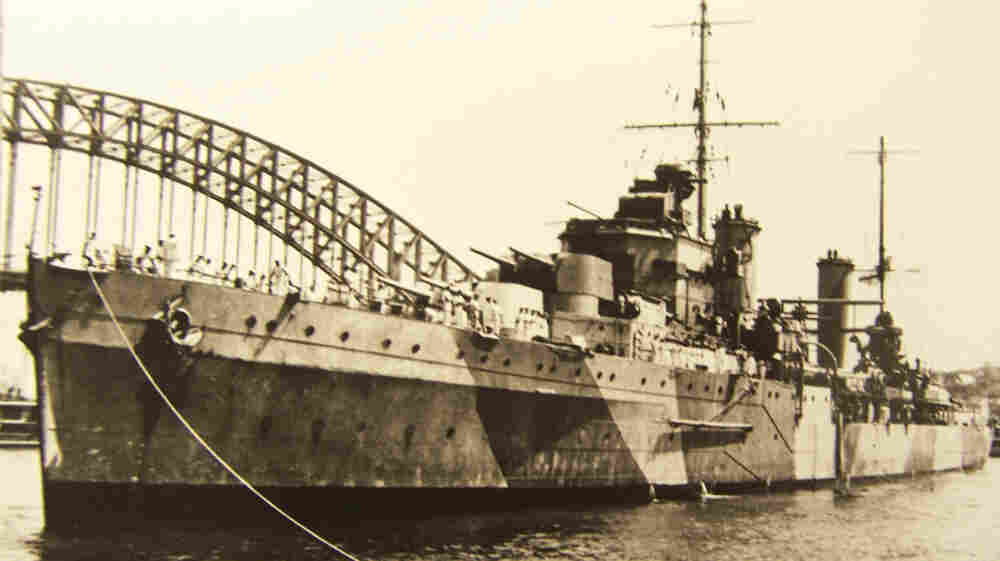 The Australian warship HMAS Sydney is anchored in Sydney Harbor in this undated photograph. The ship sank in November 1941 after a battle with a German vessel. Despite extensive search efforts, the boats were not found until 2008. AP hide caption

In November 1941, two ships crossed paths off the coast of Australia. One was the German raider HSK Kormoran. The other: an Australian warship called the HMAS Sydney. Guns were fired, the ships were damaged, and both sank to the bottom of the ocean.

The loss of the Sydney in World War II was a national tragedy for the Australians, particularly because none of the 645 men onboard survived. In the years that followed, there was intense interest in finding the wrecks, particularly the wreck of the Sydney. The idea was that doing this might give the families of the lost sailors some measure of peace, a sense of closure and certainty.

The problem was that the only witnesses to the battle and the sinking were about 300 German sailors who had abandoned their ship after it had been hit. They were eventually picked up by the Australian military.

If you didn't believe the Germans, the number of possibilities were endless as to what might have happened and where the ships might be.

After their capture, most of these Germans were interrogated and asked to identify where the ships had gone down. But the Germans seemed quite fuzzy on this point.

Bob Trotter, a former director of the Finding Sydney Foundation, a nonprofit group established to help find the Sydney, says their ignorance isn't all that surprising.

"Particularly in a wartime situation, the position of the ship is really kept in the bridge area," Trotter says. "It would not be normal that the rest of the ship's company would be told."

Still, in the course of their interrogations, about 70 Germans did come up with a location. But those locations, taken together, didn't make much sense — the positions were spread out, smeared over hundreds of miles. One survivor even placed the sinking almost halfway to Antarctica.

So most Australians concluded that the Germans must be lying, their conflicting accounts part of a ploy to throw the Australians off the scent. When Sydney hunters went out looking for the boat — and many did — they either completely disregarded the accounts from the Germans, or, in a couple of cases, focused exclusively on the captain's version of the story.

By the time Dunn entered the picture in the mid- to late 1990s, all kinds of people with all kinds of theories had already attempted to find the ships.

"If you didn't believe the Germans," says Trotter of the Finding Sydney Foundation, "the number of possibilities were endless as to what might have happened and where the ships might be. Lots of theories had been expounded, and lots of areas had been suggested."

The cycle was always the same: Some treasure hunter with a theory would propose a site; people would rush off to look; there would be excitement, then disappointment.

How We Remember Stories

As cognitive psychologists, Kirsner and Dunn took a very different view of the German accounts. To them, the spread of the reports looked like the kind of data they saw in memory experiments. So they set out to prove scientifically that the Germans were probably telling the truth. A sonar image shows the seafloor wreckage of the German ship HSK Kormoran. The discovery of the ship came 67 years after it sank during a battle in World War II. AP hide caption 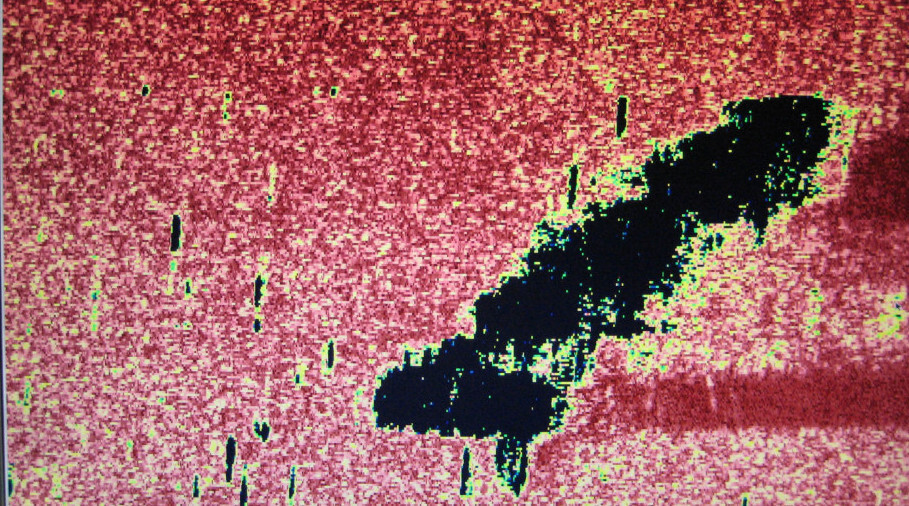 A sonar image shows the seafloor wreckage of the German ship HSK Kormoran. The discovery of the ship came 67 years after it sank during a battle in World War II.

To make this case, Dunn says, they turned to the work of the British psychologist Sir Frederic Bartlett.

Bartlett, like Kirsner and Dunn, was a psychologist interested in what happens to memory over time. In the 1930s he conducted a famous experiment with a Native American folk tale called "The War of the Ghosts."

"The War of the Ghosts" is a very odd tale, at least compared with typical British stories, Dunn says. It has bizarre sentence construction and unpredictable leaps in the narrative.

Bartlett read the story aloud to a test subject, then immediately asked the person to repeat it back. He would transcribe these recall attempts, then, several days or weeks later, go back and have the person repeat what he remembered again. Again, Bartlett would transcribe it. Over a period of months, and in some cases, years, he would return to these people repeatedly and ask them to tell the story — each time transcribing the changes in the narrative.

Here are the first two sentences of "The War of the Ghosts":

One night two young men from Egulac went down to the river to hunt seals, and while they were there it became foggy and calm. Then they heard war cries and thought: "Maybe this is a war party."

And here's how Bartlett's test subject "R" recalled the story immediately after first hearing it:

There were two young men, and they went on the river side. They heard war cries.

There were ghosts. They went on a river.

And the same sentences after a month:

There were ghosts. There took place a fight between them.

Obviously, one expects there to be changes in any repeated narrative, but what Bartlett found was that the changes he saw were, in fact, somewhat predictable.

"In their recall attempts, they try to change the elements of the story in a way that made them make more sense," says Dunn.

Essentially, the British storytellers tried to make the stories conform to a more traditional Western narrative. This made Bartlett theorize that memory is composed of two parts.

When a memory is made, the content you're trying to remember is embedded in a schema, or theory of what is going on. Over time, you remember less of the original content and more of the general theory. That is, you remember the basic gist of the story, and supplement it or change it so that it fits a more comfortable mold. The same pattern of change is seen as a story passes from one person to the next — another experiment that Bartlett did. 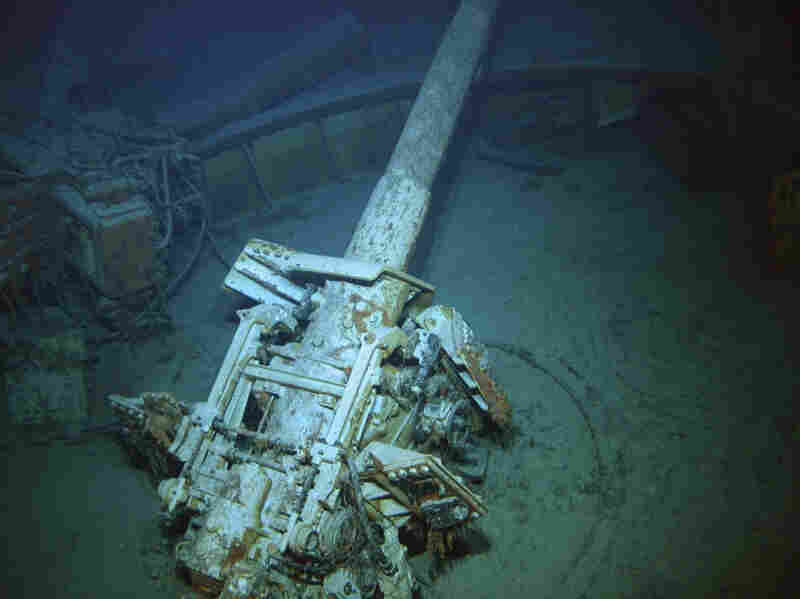 A 5.9-inch deck gun from the German raider HSK Kormoran, seen on April 7, 2008, off the coast of western Australia. AP hide caption 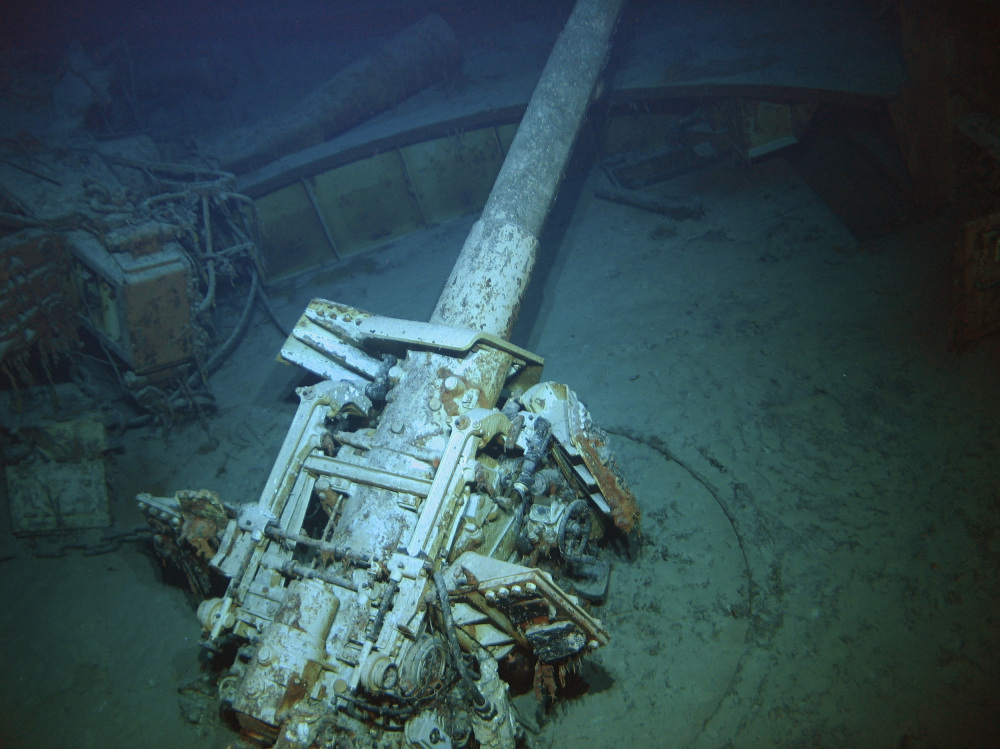 A 5.9-inch deck gun from the German raider HSK Kormoran, seen on April 7, 2008, off the coast of western Australia.

So how does this relate to the Germans? Dunn and Kirsner decided that the German survivors' reports should be compared directly with the Bartlett experiment.

To do this, they took the story versions that Bartlett had documented and counted up all of the changes in them. Every time there was a shift in a sentence or a word, they noted it and put that change down on a graph. This produced a particular statistical profile.

Kirsner and Dunn then did the same thing with the German accounts. They arranged the 70 accounts into groups that seemed to be related to one another, then charted them on a graph.

"What we found was that there was a correspondence — that our data looked like the kind of data that Bartlett had generated in his study," Dunn says.

This suggested to Kirsner and Dunn that the Germans were not, in fact, lying.

"It means it's not a contrived set of data," says Kirsner. The variance they saw was the kind of natural variance you get with normal memory loss.

After Kirsner and Dunn determined that the Germans were most likely telling the truth, they sat down together with a map of the Indian Ocean and tried to pinpoint the place on the map that best fit all of the different accounts of where the ships had gone down.

"We took each point in the ocean and looked at how well it satisfied or conformed to each of these statements," Dunn says. 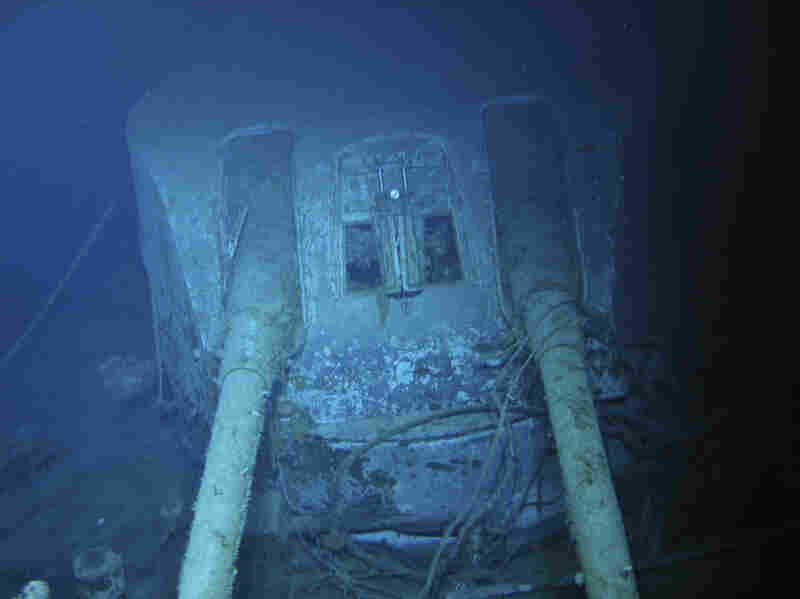 A gun turret on the sunken Australian warship HMAS Sydney. All 645 people aboard the Sydney died. AP hide caption 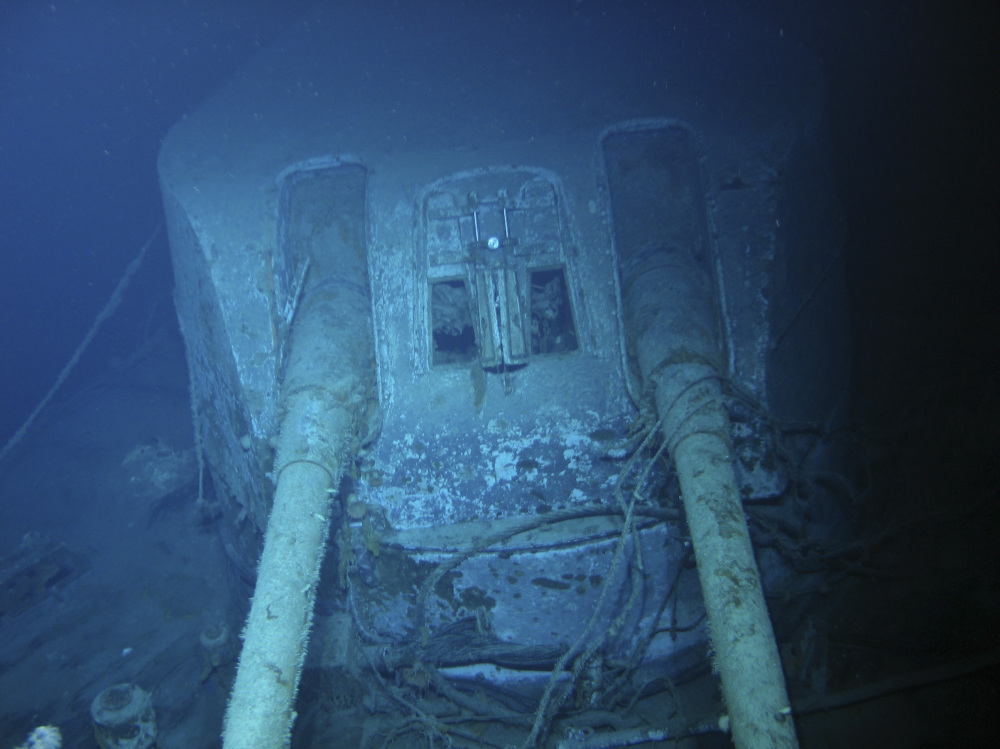 A gun turret on the sunken Australian warship HMAS Sydney. All 645 people aboard the Sydney died.

They then marked a spot as the place where they thought the German ship would be found. In 2004, Kirsner and Dunn gave the information to the Finding Sydney Foundation. At that time there were no real plans to go hunting for the ships, so that — at least as far as Dunn was concerned — was that.

"I never really thought that I would ever find out whether it would be right or wrong," he says.

But then a funny thing happened: professional shipwreck hunter David Mearns got interested in finding the Sydney. Mearns and the Finding Sydney Foundation joined forces the Australian government agreed to support an expedition. In March 2008 Mearns went out and discovered the wreck of the German ship.

So how far was the ship from the point that Kirsner and Dunn had marked down four years earlier?

A couple of days after the German ship was found, Mearns also found the Sydney. The boat had sunk to the bottom of the ocean only a short distance away from the raider that had attacked it 67 years before.

From Beneath, A Smithsonian Shipwreck Controversy May 4, 2011
Sunken Treasure In Lake Michigan: Century-Old Ship June 24, 2010
Ancient Shipwrecks A Wonder Of 'Baltic Triangle' March 13, 2010

Early audio and Web versions of this story incorrectly referred to the HMAS Sydney as a battleship — the Sydney was a light cruiser. An earlier version should have noted that the Finding Sydney Foundation shared information with Mearns, and together they obtained government support for the search.