Accessibility links
The Weekly Standard: More Limited Freedoms This week, King Abdullah announced that women would be able to vote in Saudi Arabia by 2015. Irfan Al-Alawi and Stephen Schwartz of The Weekly Standard examine the case of Saudi suffrage. 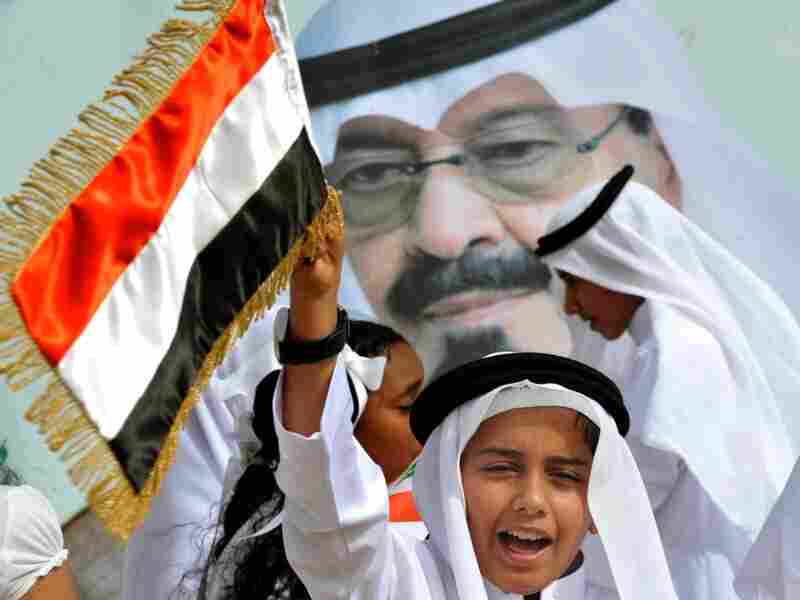 Saudi children celebrate as they greet the convoy transporting King Abdullah bin Abdul Aziz (picture) upon his arrival in the Saudi capital Riyadh on Feb. 23, 2011. The king arrived in his homeland after three months abroad, boosting social benefits for his people as he returned to a Middle East rocked by anti-regime uprisings. Fayez Nureldine/AFP/Getty Images hide caption 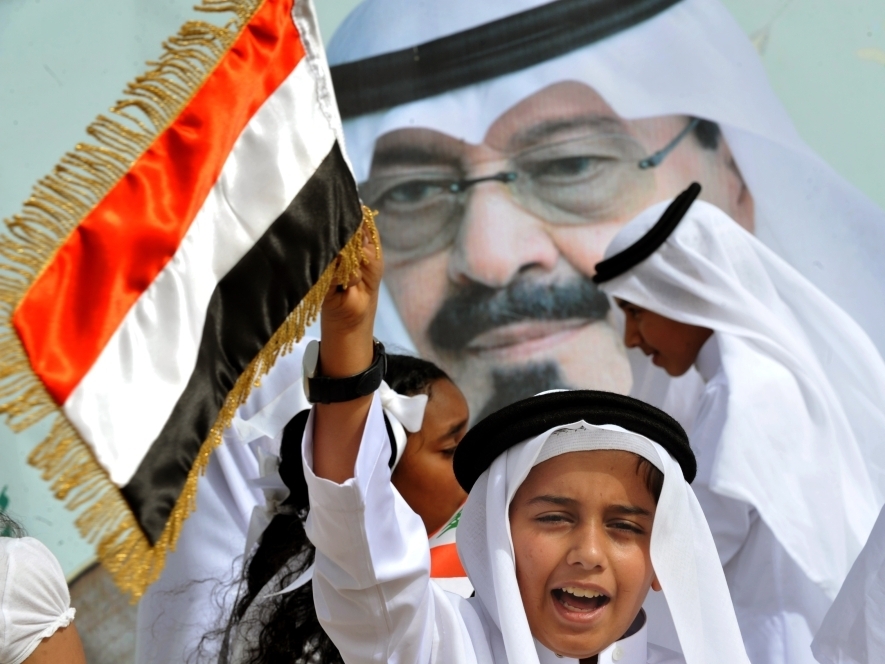 Saudi children celebrate as they greet the convoy transporting King Abdullah bin Abdul Aziz (picture) upon his arrival in the Saudi capital Riyadh on Feb. 23, 2011. The king arrived in his homeland after three months abroad, boosting social benefits for his people as he returned to a Middle East rocked by anti-regime uprisings.

Read More On Saudi Women And The Right To Vote

Irfan Al-Alawi is executive director of the Islamic Heritage Research Foundation. Stephen Schwartz is the Executive Director of the Center for Islamic Pluralism.

The "Muslim 500," an annual directory issued by the Royal Islamic Strategic Studies Council in Jordan, claims to enumerate the world's most influential Muslim figures, and in it King Abdullah has been rated as its number one personality for the past two years. Its 2010 volume lists King Abdullah's social improvements, including appointment of members of the large Shia Muslim minority, which is centered in the oil-bearing Eastern Province, to the shura council, increased participation of women in society, separation of educational and religious authorities, removal of extreme Wahhabi judges from the courts, and restrictions on financing of the hated mutawiyin or morals militia. The latter monitor the populace for violations of Wahhabi strictures, including women driving, gender mixing by unrelated couples, and failure by women to keep themselves covered in public by the niqab or face veil, and the abaya, a black cloak reaching to the feet.

In this context, the grant of women's future nomination to the municipal councils remains insufficient but significant. Saudis are deprived of complete gender equality, but also lack an elected national legislature, an independent judiciary, a necessary reform of the educational curriculum, a fully accountable police force, and, as is best known, freedom of religious conscience. Saudi Arabia remains the only Muslim country in the world where Islam is the only faith that may be practiced in public.

The Saudis held municipal elections in 1939, and in the country's western region in 1963. In 2005, municipal councils were reintroduced, during the final months of rule by then-moribund King Fahd. In 178 municipal districts, half of representatives were chosen by direct election and half by appointment. Women were not allowed to vote then. The latest municipal vote had been scheduled for 2009, but was postponed, and when it is held on September 29, will offer 5,000 competitors for office, all male. In April of this year, when preparations for the present electoral process began, individual Saudi women attempted to register as voters but were turned away.

Saudi Arabia has been spared the upheavals of the other Arab lands, mainly because its citizens believe in King Abdullah's sincerity as a reformer. The king may want to keep it that way by announcing amelioration of women's subordinate status. Still, change in the Saudi way of life has become visible in other areas. Saudi interior minister and second deputy premier Prince Nayef, greatly feared as the most extreme Wahhabi at the summit of power, opened a conference in Medina on September 20 to address ways of opposing "takfir," the practice by which Islamist radicals—most notably the terrorists of al Qaeda, the Taliban, and their allies—proclaim that Muslims who disagree with them are apostates worthy of death.

Many aspects of Saudi life, however, have yet to show signs of improvement. In August, Indonesia announced a boycott on Saudi employment of its female nationals as domestic servants after a 54-year old Indonesian grandmother was beheaded by the Saudis for killing her employer, who had refused her permission to return to her native land. And on September 19, a Sudanese immigrant, Abdul Hamid bin Hussain bin Moustafa al-Fakki, was beheaded for "sorcery" after a member of the mutawiyin entrapped him, in 2005, into casting a spell on the second wife of the morals monitor's father. Al-Fakki's confession is said to have been coerced.

Capital punishment for "sorcery" and "witchcraft" remains common in the kingdom, even though an attempt to sentence a Lebanese television performer, Ali Hussain Sibat, to death for sorcery because of his predictions of future events on the Lebanese satellite TV station Sheherazade was rejected by a Saudi court in 2007. Sibat, who was arrested while visiting Mecca, was deported to Lebanon. King Abdullah had been petitioned to prevent the executions of both Sibat and Al-Fakki. But once again, in the case of Al-Fakki, the limits on the absolute ruler's capacity for reform were revealed. King Abdullah has little time left to modernize his country in the way it deserves.

Keep reading at The Weekly Standard.